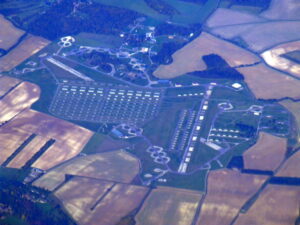 RAF emergency: Huge cloud of smoke descends across M4 after ‘explosion’ near Welford base 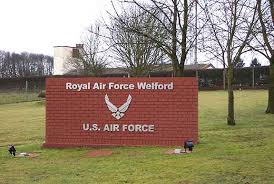 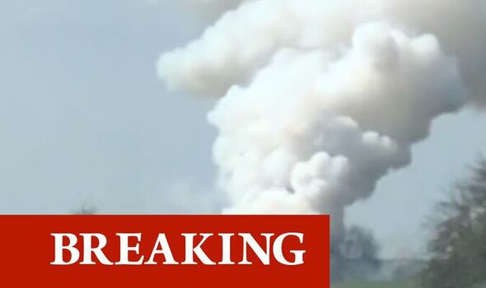 © Twitter
Huge fire off M4 near Boxford
Motorists were able to see explosions and thick smoke billowing from the site near Boxford.
One Twitter user user, Charlotte Ward, suspected the fire to be raging at the munition dump at RAF Welford.
One day ago – RAF emergency: Huge cloud of smoke descends across M4 after ‘explosion’ near Welford base (msn.com)
Can’t find any mention on the BBC, which is curious.
Did they cover it?  Not that I can see.
The notion that fireworks would be stored nearby doesn’t wash!
This is the US’ second largest weapons store in Europe SHAFE – and the largest in Britain.
It’s really most suspicious.
https://tapnewswire.com/2022/04/britain-is-mad-we-have-nothing-to-stop-russian-missiles-yet-we-are-leading-the-world-against-putin/
The above video makes it clear that Britain could not stop old fashioned missiles from coming in, let alone Russia’ newer hypersonic varieties like Kalibr.Was a Kalibr used to knock out the Welford Depot?  If so, shouldn’t someone tell Britain that she is once more at war.  The price of meddling in Ukraine.Only yesterday Russia sent a formal letter to the US warning of ‘unpredictable consequences’ if America and Britain carry on taking part in the Ukraine crisis.Britain’s Deputy Sec Of Defence then admitted that the SAS are in Kiev training Ukrainians in how to fire anti-tank missiles, as if to say – well carry on, Mr Putin.  The US reply about assisting Ukraine militarily was ‘guilty as charged’.Putin’s given many warnings.  So here’s some action.  Maybe just like the one that struck the massive bunker in Western Ukraine, the Welford Bunker was penetrated by a hypersonic missile, travelling at Mach 7 so you don’t hear the missile until after impact.Wikipedia – Welford is now under the command of the 420th Munitions Squadron, and comes under the command of the 501st Combat Support Wing, with headquarters at RAF Alconbury, which provides support to the Geographically Separated Units (GSU)s in the United Kingdom.[16]https://tapnewswire.com/2022/03/first-hypersonic-weapon-in-history-deployed-near-polish-border-to-knock-out-huge-underground-weapon-storage-facility/Fireworks storage unit EXPLODES near RAF Welford sending clouds of smoke over M4 – Mirror Online
Fire closes M4: Explosions heard as huge blaze breaks out in Berkshire (Daily Telegraph)

The M4 was closed in both directions on Saturday as firefighters battled a building fire blaze believed to involve fireworks.

Emergency services were called to the Westbrook area near RAF Welford in Newbury to an incident they said could be caused by pyrotechnics.

Explosions were heard by passersby, who filmed huge plumes of smoke rising above the site.

No injuries had been reported by Saturday evening.

The motorway was reopened at approximately 5.30pm.

Royal Berkshire Fire and Rescue Service said: “At 1.41pm on Saturday, 16 April, we received reports of a fire at an industrial building in Westbrook, Newbury.

“Firefighters have found a fire involving possible pyrotechnics and fireworks. Cordons are in place, but people are urged to stay away from the area while emergency services deal with this fire.”

Debris landing on the M4 – two miles from the fire.  Some fireworks!!!

In video woman interviewed in Boxford, said she decided to clear off due to a black cloud of smoke heading her way.  Boxford south of the M4 maybe 3 miles from the explosion.  There would definitely not be an industrial unit at that address, and would they allow fireworks even if there was.  This is an MOD cover story for an explosion at the base, my opinion a Russian Mach 7 Khinsal missile the most likely cause, able to penetrate any bunker.

TAP – All the links to this story are being cut.  The story will be erased from memory, another sign that it is a Russian military act.  The video’s not there any more.  Reloading….

37 Responses to “Did Russia take revenge for targeting of the Moscva? RAF Welford Depot explodes.”