Gazprom: “Safety is our first priority. Gazprom is committed to the highest standards of turbine maintenance and will not compromise safety for schedule under any circumstances. We regret the temporary inconvenience to our valued German customers but feel sure that they will understand the need for most diligent maintenance of this sensitive and safety-critical equipment. You can be assured of our continued focus on safety as we sequentially maintain the next six turbine units.”

READ – Germany, stop sending weapons, money and troops to Ukraine to kill Russians – if you wish to buy Russian gas.  Over.  Otherwise freeze away as winter falls. 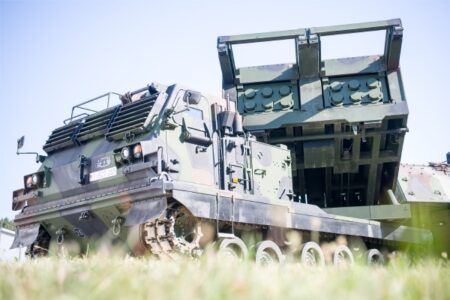 Christina Lambrecht did not specify the exact number of MLRS delivered to the Armed Forces of Ukraine, but earlier Berlin promised to transfer three howitzers to Kiev.

On July 23, Defense Minister Christine Lambrecht claimed that the German military would train Ukrainian soldiers on the Mars II multiple launch rocket systems. The training, which will take place in Germany, could start as early this week.

The MARS is a German upgrade of the American M270 MLRS which has the same layout consisting of two pods of six launcher tubes able to fire unguided 230 mm rockets mounted on a tracked chassis with a crew cab. The upgraded MARS II/MLRS-E with the new GMLRS is able to conduct high-precision engagement of point and individual targets and is used as an artillery sniper weapon.

Earlier, the head of the German Defense Ministry stated that Germany would not be able to sponsor the AFU with weapons for a long time due to the lack of military resources in the Bundeswehr.