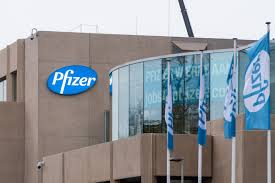 “You get a huge variety of you know, of concentration of the mRNA particles.”

Although people are doing their best to move past the COVID-19 pandemic that didn’t stop the virus but caused financial hardships, numerous reports, data, and information continue to surface surrounding the COVID-19 drug promoted all over the world. In America alone, President Joe Biden did everything within his power to get the drug into the arms of Americans. At one point, the Biden administration tried to force it on America’s workforce, but that quickly crumbled as more side effects were reported. Now, a whistleblower attorney, Warner Mendenhall, claimed that COVID-19 manufacturers not only knew the drug could be potentially harmful, but Pfizer’s manufacturing process was doomed from the start.

Discussing the steps taken by Pfizer during the COVID-19 pandemic, Mendenhall, as can be seen in the video below, explained, “Lipid means fat. Lipid nanoparticles tend to separate in whatever concoction they’re floating around in. And the problem that has been described to me is it’s created in these big vats. You were talking about the integrity of the mRNA, where you can’t shake the vats because the mRNA integrity is disrupted by that. So you get all these pieces in particles. And the base level of pieces and particles they want to have, I think it’s 50% if they got to 50% coherent in the mRNA, they were okay, they would approve the batches.”

Mendenhall didn’t stop there, adding how the concentrations in the vats were completely off. “But the other thing that happens just in the process is that there’s this little separation and clumping of the fats, the lipids. And so we know they rise to the top in the pot on the stove. The same thing happens while the vials are coming through at the bottom. So you get very different concentrations. This is what I understand, as those vials are filled, and as that vat is empty, so it could be very little at the beginning, and it can be very strong at the top. And just in a single process, you get a huge variety of, you know, of concentration of the mRNA particles. It’s very different from the top of the vat to the bottom of the back.”

Working alongside Brook Jackson, who sued Pfizer for drug trial fraud, the lawsuit filed in January of 2021 read, “Defendants concealed violations of both their clinical trial protocol and federal regulations, including falsification of clinical trial documents. Due to [the] Defendants’ scheme, millions of Americans have received a misbranded vaccination which is potentially not as effective as represented.”‘

According to Jackson, “From 2020 to the present, Defendants [Ventavia and Pfizer] knowingly made, used, or caused to be made or used, false records or statements that were material to false and/or fraudulent claims paid or approved by the United States [Department of Defense, or DoD]. These false records or statements include the clinical trial protocol Pfizer submitted to the United States and the falsified source documents and data behind Defendants’ trial results and EUA application.”