Mon, 11 Jul 2022
Al Mayadeen English
Tue, 05 Jul 2022 17:23 UTC
Russia instructs the Jewish Agency to halt all operations amidst mounting anger towards “Israel”, its stance towards Ukraine and its aggressions in Syria. 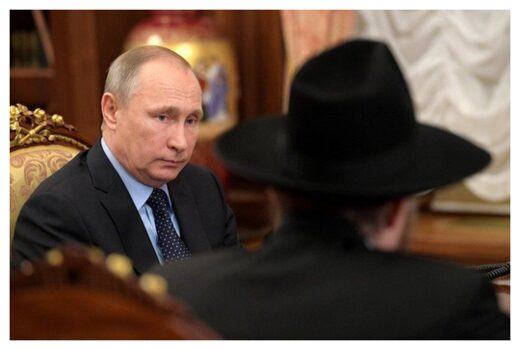 The Jewish Agency has been instructed by the Russian government to stop all operations inside the nation, The Jerusalem Post has learned.

The directive was stated in a letter the Russian government sent earlier this week. Jewish Agency representatives acknowledged that the letter had been received, but they declined to comment on the organization’s planned response, which is presently being discussed in its headquarters in occupied Al-Quds in conjunction with the Foreign Ministry and the Prime Minister’s Office.

In a response to a question by the Jerusalem Post, the agency claimed that “As part of the work of the Jewish Agency’s delegation in Russia, we are occasionally required to make certain adjustments, as required by authorities,” adding that “The contacts with the authorities take place continuously, with the aim of continuing our activities in accordance with the rules set by the competent bodies. Even nowadays, such a dialogue takes place.”

The order comes amid growing tension between “Israel” and Russia over “Tel Aviv’s” support for Kiev and its leader, Volodymyr Zelensky, in the continuing conflict in Ukraine. Russia’s foreign ministry requested an immediate end to the assaults on Syria on Monday, describing the Israeli attacks as intolerable.

A startling ruling requiring the Jewish Agency to cease operations in Russia might seriously impede Russian Jews’ ability to go to “Israel” and make aliyah (the immigration of foreign Jews to “Israel”). Many of them have completed the necessary paperwork for immigration and have been waiting for flights to occupied Palestine, but due to the sanctions on Russia, most foreign airlines have stopped flying there, as described by Israeli officials.

According to one source, “a number of Jews have said that the Russian authorities are trying to arrest them and that they fear for their lives.”

Promoting and facilitating aliyah from Jewish communities across the world is one of the primary objectives of the Jewish Agency. If it cannot operate there, it will be the first time in the last 30 years that aliyah attempts have been prohibited in Russia.

The Israeli Integration Minister said briefly that aliyah is a Jewish right and that it must be preserved. The minister said that they are worried about the consequences of the Russian decision and that they hope to work a solution out with Moscow.