Can we see a script starting to appear?

Western democracies are being collapsed militarily, economically, spiritually and as regards health, and wellbeing of the people, including food supply being cut, while highly authoritarian and corrupted ‘former’ communist and socially divided regimes defeat the west and drive us down and out.

The One World Government will be imposed by highly authoritarian BRICS regimes, and the former democracies which are already rotted by Marxist and other atheistic programmes, are collapsed and defeated.

Top Russians no doubt are aware of their role in the coming destruction of the west, and the takeover of authoritarianism world wide.

They will be the new masters but will not be democratic in any way….our own politicians no doubt are also aware of how we are to be collapsed – including Boris Johnson. 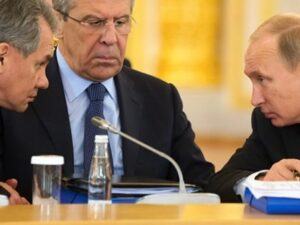 They look like actors playing a role.  That’s because they know that they are playing a role approved by the higher cabal that’s running the war and the world.