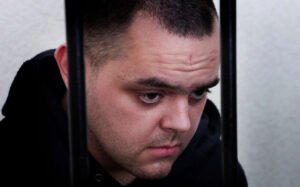 The idea is to stop the flow of foreign mercenaries coming into Ukraine with execution acting as a deterrent.

The people in Donetsk and Luhansk have suffered too many deaths and too much maiming, both military and civilian, at their hands, for eight long years, a crime now exacerbated by foreign equipment being supplied by Boris Johnson et al.

Aslin is correct in saying the western media told the lies that caused him to do the crime.

Well done the BBC. This is yet more of your evil work. Russia will hit more decision making areas if this doesn’t stop……

The real criminals are the liars in the media.  The lesson from Aslin etc is don’t trust the media. 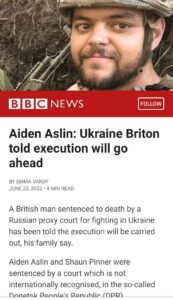 7 Responses to “Execution of British mercenaries to go ahead”