TAP – big explosion then many explosions.  That’s a weapons depot.  Nice bit of work by Russian missile saving a few lives.  Maybe shipments of NATO missiles……not any more.  It was interesting that NATO was discussing the supply of sea skimming missiles like Harpoon to Ukraine, but was also concerned about Russia then attacking NATO’s weapons depots.  The hit on RAF Welford where the USAF and RAF store their weapons on April 14th and many other Russian missile hits on Britain  (Oldham, Redditch) have obviously made NATO commanders think.

There may have been others but as the media always covers up, how would we know?

And we were told that Switzerland is a neutral country!!!!!!!!

Russia has noticed that that description is not totally accurate, it seems.

By TOM PYMAN FOR MAILONLINE

Flights to and from Geneva Airport have been disrupted after a major fire broke out just beyond the perimeter fence.

Images appear to show evidence of a blast at Switzerland’s second-busiest airport, where black smoke could be seen spewing into the sky from the site.

‘There is a building – the new reception centre for asylum-seekers – which was under construction… it is on fire. It is outside the airport perimeter,’ said airport spokesman Ignace Jeannerat.

‘It is creating a lot of smoke,’ he added.

Plume of smoke rises over Gibraltar after oil refinery ex… 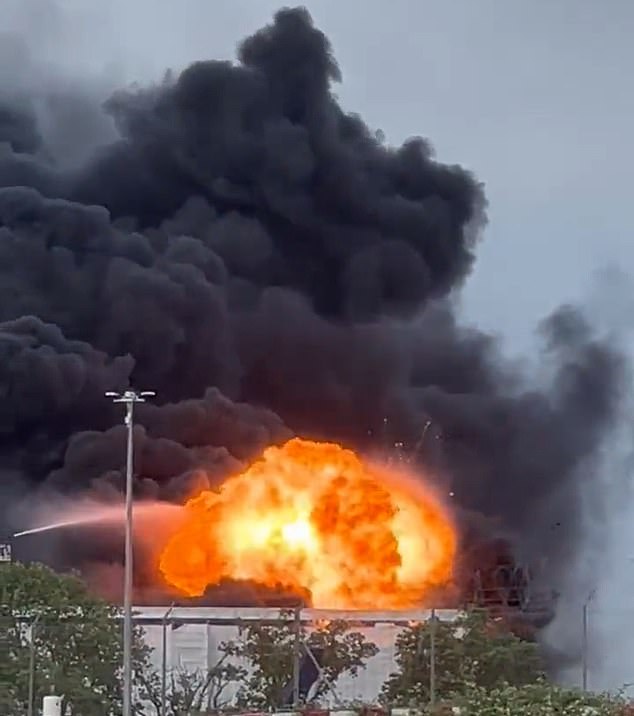 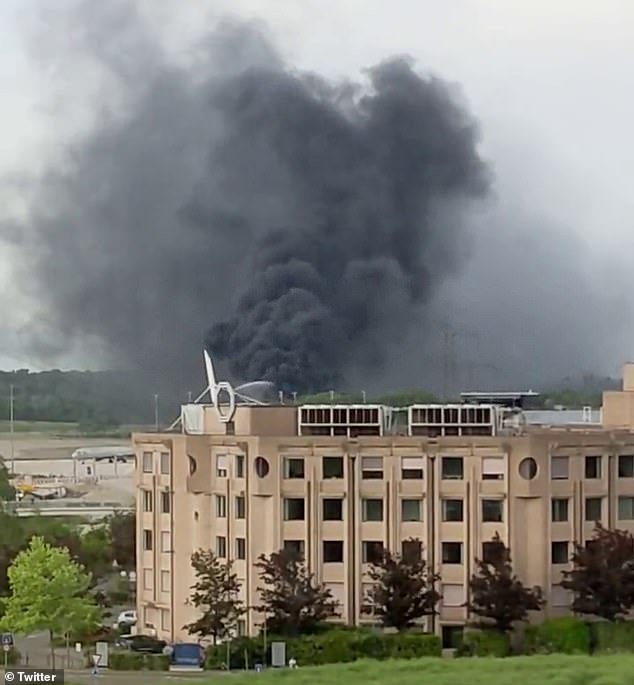 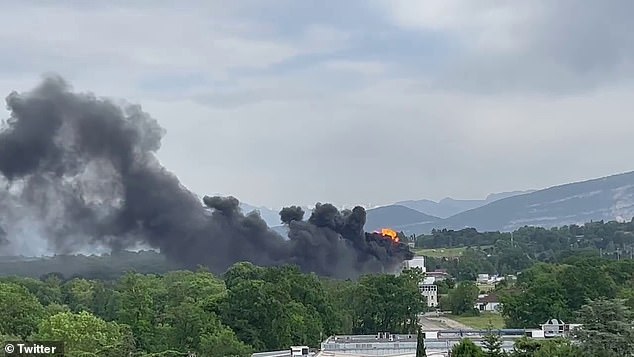 Images appear to show evidence of a blast at Switzerland’s second-busiest airport, where black smoke could be seen spewing into the sky from the site

The airport has suspended landings for the time being, while take-offs are being left to pilots’ discretion, he explained.