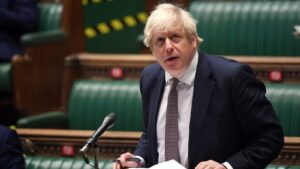 WHY BORIS JOHNSON HAS TO GO

The current relentless media campaign against the Prime Ministership of Boris Johnson strongly resembles the (successful) operation to oust Jeremy Corbyn as leader of the Labour Party.

LBC Talk Radio spends many hours per day, half its airtime perhaps, “discussing” whether it is time for Johnson (like Corbyn) to go. It gives free rein to callers who agree that he should go and allows little time to those who would support him. It blocks those who object to this obvious campaign and only allows on the most witless of his supporters on air.

Johnson’s referral to Kier Starmer’s role as Director of Public Prosecutions at the time of the massive Jimmy Savile scandal is, after ‘Partygate’, his latest unforgiveable offence.

Savile was up to his neck in BBC, senior establishment and Royal connections. In spite of his appalling crimes he was totally protected while living and a very threatening unexploded bomb to establishment figures when dead after the truth emerged in the public domain. 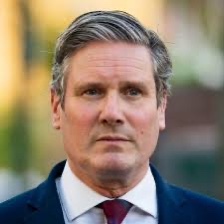 The idea that Starmer, the DPP’s top man, played no role in preventing prosecutions relating to Savile’s crimes is laughable.

This charmless toad is clearly highly valued by those behind the scenes. A member of the Trilateral Commission, he is a devoted globalist who will throw us all under any bus required in service of this allegiance. He is also a gentile who raises his children “in the Jewish faith”.

Oh, if only the greater mass of the British public didn’t loathe him instinctively, what an asset Starmer would be!

Following the current collapse of the COVID/NHS vaccine mandate narrative, the establishment is regrouping. It is pretty clear that the Certificate Of Vaccine IDentity operation will not go away. The goal of creating a global digitised financial control grid will continue to be pursued.

The coming Online Harms Bill is intended to be Draconian.

To make this work the way it’s meant to, the UK needs a Dan Andrews or Scott Morrison; a soulless psychopath who will say anything required and cause whatever harms necessary to achieve the Schwab goals.

Johnson, for all his many faults, is just too human. England has had it easy compared to almost everywhere else during the last two years of COVID nonsense.

“Partygate” demonstrates that he was happy to treat the rules (that he imposed, admittedly) as THE NONSENSE HE KNEW THEM TO BE. His colleagues obviously caught on.

His heart was not in the operation and it showed and England, London in particular, had an easy ride.

Johnson is too intelligent not to understand the game of government, its invisible structures and the authority that high finance exercises over the entire system.

Piers Corbyn told how Johnson, when a Telegraph journalist, used to phone him to find out the alternative view on Climate Change/Global warming. Piers says that Johnson knows that the so-called “science” related to this project is all nonsense.

Johnson is not the man to turn the UK into a full-on spiritless Orwellian nightmare, nor to crush the spirit of the British people, nor to jail us for expressing a wrong opinion online, to take children from their wrong-thinking parents, to enforce the option ‘get vaxxed or be placed in these nice isolation facilities we have prepared for you’.

This is why, in the minds of his controllers, he has got to go.

On the other hand, people tend to like him and his own party see his value, so Johnson might cling on.

An unfortunate consequence of avoiding someone worse on the domestic front is that BJ does appear to be rather too relaxed about starting a new war with Russia.

Spring/Summer 2022 is a worrying time.

A calm before a very wild storm.

3 Responses to “WHY BORIS JOHNSON HAS TO GO”