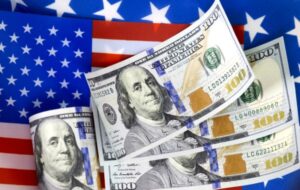 Did you know in the summer of 2000 that Saddam Hussein announced Iraq was going to quit accepting the US Dollar for all transactions? We invaded Iraq (again) in 2003.

Did you know Muammar Gaddafi announced in 2009 Libya would create its own currency called the African Gold Dinar which would replace using the US dollar? In 2011 Gaddafi was killed by NATO backed rebels.

Did you know in 1938 Germany arrested the Rothschilds and seized their Central Bank? The following year WW2 started. Germany was destroyed.

Did you know last year in 2021 Russia announced it is removing all US Dollar assets from its wealth fund?

Do you see a pattern yet?

2 Responses to “Do You See a Pattern Yet.”