Was German Chemist Dr Andreas Noack Killed for Revealing the Truth about Graphene Hydroxide in Vials?

The following video features the findings of the (allegedly) murdered German expert in Carbon and Graphene Oxide and their applications.

The fact GO is an undisclosed ingredient in the vile vials produced by Pfizer et al renders any and all contractual obligations null and void. In fact, it is a criminal fraud (misrepresentation of the vials as a ‘vaccine’ and  failure to disclose the contents – fraud by omission).

Add to that what Dr Noack states at 9’23 minutes into his presentation,

After the Spanish doctor’s study, it is official that nanoscale graphene (hydr) oxide is in the vaccine”

and we see there is another form of graphene in the jib-jabs – graphene hydroxide. It is this that he states is a very sharp-edged substance that acts like a nano-sized razor blade, causing untold damage to the victims.

The stakes are high for all those Jab-pushing-shills, whether they be operating as a jabber in one of the death-shot venues, as a GP advocating the arm-spear, a headteacher rolling out the needling of his pupils, an advertising agency pushing the experimental serum, a politician pushing the fake narrative of Divoc 91 or banker who is part of an attempt to push the no-cash, Rothschild-controlled central banks digital currency onto a beleaguered and lost populace. Each and everyone of these people is complicit in a genocide by needlepoint, the like of which Mankind has probably never seen before.

The stakes are so high that any individual who points out the blatant fallacies of the narrative and the deadly components in the vials is a threat to the ‘security’ of those listed above. When you’re part of a mass cult that uses obscene levels of fear-inducement in order to achieve ‘compliance’, then you are so far stepped into the incarnadine seas of genocide that you cannot return to the shoreline. Any notable figure who highlights the lies you are reliant upon is a threat to the house of cards you exist within. These odious players are drowning, not waving.

Dr Andreas Noack was allegedly murdered for revealing the effect of Graphene Hydroxide in the kill-shot, shortly after this video was released:

The Death Shot is effectively a deadly game of Russian Roulette

Edit: this is from the Forbidden Knowledge site and adds additional context to the video above:

On November 18, 2020, well-known German chemist and one of the EU’s top graphene experts, Dr Andreas Noack was arrested by an armed police unit in the middle of his YouTube livestream.

On November 26th, 2021, just hours after publishing this latest video about graphene oxide and graphene hydroxide, he died suddenly.

In this video, he reveals that that Dr Pablo Campra from the University of Almeria had recently done a Micro-Raman spectroscopy study of the vaxxine and had discovered that the graphene detected in the vaxx was not graphene oxide (GO) but graphene hydroxide (GHO), which is an extremely stable molecule that is not biodegradable, so it basically stays in your system forever.

This is very bad news for vaxxine recipients, because he describes graphene hydroxide molecules as “the sharpest imaginable objects because they are only one atom layer thick…a huge molecule which is extremely sharp.”

In other words, the graphene hydroxide molecules in the vaxx behave like nano razors that cut the epithelial lining of recipients’ veins, which he believes is the cause of blood clots and the sudden deaths observed in so many top athletes, lately.

He believes it’s a case of “Russian Roulette”, where the syringe administering the intramuscular injection will inadvertently pierce a vein, allowing the GHO to enter the bloodstream, slicing up the epithelia in the blood vessels of hapless recipients.   Continued here.

They Shoot Footballers, don’t they?

The late Dr Noack explains  how high-performing sportsmen are particularly vulnerable to the razor-blade-like graphene hydroxide: their blood is pumping round their bodies faster during their exertions and thus the GHO is flowing faster into their major organs. Hence the rise in heart attacks  in sportsmen, as exemplified by the fact that 3 professional football players collapsed on the pitch within 3 days of each other, and that is on top of retirement of footballer, Sergio Aguero at the age of 33, following his heart attack whilst playing for Barcelona. The unwitting owners of the football clubs have shot themselves in the foot by sanctioning the shooting of their players in the arm. The once beautiful game has become a masquerade of greed and bovine stupidity. 5-fold increase in Fifa players having heart related deaths on the pitch

Thus, since my article on the heart attack Christian Ericksen had whilst playing for Denmark, 5 months ago, total deaths amongst footballers have continued to rise. The murder by needle represents not so much a leaky damn wall as an imminent flooding of the fake valley narrative of ‘coinciditus’ whereby the lie of inexplicable and “sudden deaths” literally collapses and engulfs the whoring MSM in its own flotsam and jetsam. In other words, the social engineers/would-be-controllers of Mankind are rapidly reaching that point where the cover-ups are as effective as a face nappy on the face of a cult follower.

How ironic that the criminal UK government latest nonsensical ‘mask’ requirement comes at this time. 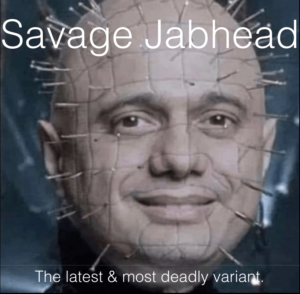 We are rapidly approaching the midnight hour – the point where the numbers who have woken to the genocide are so huge, the apparatus of the criminal state will be incapable of coping, there being simply too many people who see through the lies and odious cuntwaffle of their fear-mongering horseshit. The war on Mankind is becoming as clear and apparent as Pinnochio’s nose when he starts lying.

The Lion is Stirring

Across these lands, throughout Europe, North America and Australasia, the people are finally rising in greater number against the full-blown tyranny of their would-be oppressors.

It’s about fooking time but not untypical of the epoch we are living in when mass mind control and spiritual inversion are all around us, like parisites that have attempted to take over the host. The greatest mistake the arrogant controllers make is to underestimate the individual resilience, spirit and inate creativity of the people.

The figures from the criminal UK government’s own sources are damning.

The sheer scale of the genocide is beginning to reveal itself and there is nothing its psychotic advocates can do about. They may murder one Doctor in a desperate attempt to silence him but, like a hydra, several others will immediately pop up in his stead.

In the  short term we are in for a difficult time as people who have had the serum are brought down by its vile contents. I have previously postulated that there will be large numbers of orphans, whose parents have died as a direct consequence of being injected with an experimental and self-evidently dangerous ‘shot’ which severely compromises their health.

Nevertheless, we will win. As anger rises, as the narrative collapses and as the rats jump ship, it is natural that millions of people will be seeking a way out or a secession from all forms of Government tyranny.

secession | səˈseSHən | noun the action of withdrawing formally from membership of a federation or body, especially a political state: the republics want secession from the union.

• (the Secession) historical the withdrawal of eleven southern states from the Union in 1860, leading to the Civil War.

ORIGIN mid 16th century (denoting the withdrawal of plebeians from ancient Rome in order to compel the patricians to redress their grievances): from French sécession or Latin secessio(n-), from secedere ‘go apart’ (see secede).

When Trust Breaks Down

Thus, it is entirely reasonable to posit that any trust the people once had in their ‘gov’ and the white-coated assassins who carry out the treasonous diktats of a morally-corrupt elite of satanic mass-killers is in a state of collapse, the velocity of which will only increase over the coming weeks, months and years.

Oppression is always countered by an up-rising and this message from my dear friend, Michael O’Bernicia, is as clear a manifestation of that rising energy as it gets. Please view it, share it as far and wide as you can and Remember, Remember the 21st of December.

Many thanks, as ever, to my good friend David R for his unrelenting support of this site. In the event any reader would like to show his/her appreciation of the work here, please use the donate button.

2. The commercial lien as common law remedy to banking fraud