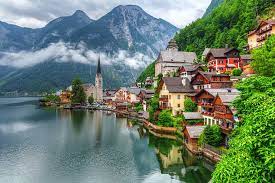 Austria, not Australia, though you’d think it is Australia from how bad this is.

I cannot donate at this time. I got layed off work and the job center does not pay until February. And I have a lawsuit to cover, due to the unfair termination of my emploment, which lasted over 30ys. I will though, once it gets lighter, also I have preps for winter here and that was that then, only small steps right now.

There is rumor of the planned blackout come March. (when the snow usually hits the last time here and it is too soon to turn off heating)

Yes, we have INSANE reglements here from this Monday forward and Austrians are on lockdown (the un-jabbed). There is talk of a general lockdown and they play the numbers game galore. Those numbers are unreal, but effective in daily news. They fiddle the hatred between jabbed and un-jabbed, declaring healthy people as health danger and unfair people who put jabbed in health danger. They do this pretty well, families divided, friends divided, social contacts destroyed since the jabbed people buy the agenda, everyone jabbed starts defending the jab, wonder how they do this, that many people can not become like that after having received the praise all jab ?

All over a sudden, pos. tests rose to justify new steps, it is an idiots game and they hold the entire country hostage. We had a face change at the chancellors seat, who needed to step aside due to text messages which were very unclean and also showed that public opinion polls were bought and doctored to fool the people. Now we have a member of a blueblood family in the chancellors seat, who is the puppet of his buddy, the former chancellor. Between him and the health minister, they play a uncontrolled game of new reglements, where it shows that A does not know what B does and the news outlets are mirroring this chaos.

We have entered a new level of corruption and manipulation. People are fed up and demonstrate, peacefully, while the chaos course is getting more and more obvious, state payed propaganda blasts people on every channel.

They say intensive care beds are full with unvaxxed, which is a lie, it is double jabbed or other cases not related to corona. They shorted medical for 130 million and take patients from other countries, docs are payed to lie on tv about the shortage of beds, while it is a shortage of staff which is the reason, – we all know why – they will not get jabbed they all have seen too much. Docs who insist of writing the adverse jab reaction into the hospital files are fired.

They pressure people into the needle, workplace, jabbed or healthy after an infection, but that is invalid after 6 months, then you count as unjabbed. The plan is 1G = geimpft =jabbed. those papers are seeping out and not even under discussion.

The unjabbed are treated the same way as Jews back then in the Nazi era. No movies, theaters, concerts or soccer games no restarants , cafes or bars, no nightlife, there are historical signs to view the same texts. A man made a public statement in relation to this, and had to go to court and pay a hefty fine. Not allowed to compare the reality then and now or even point a finger to the same hidden ideology. Open timeloop to 1933 to 1938 ? One wonders.

they managed to get 800 policemen to control shopping centers, restaurants and cafes; fines are high, same as workplace, both employer and employee have to pay fines.

So unjabbed are allowed to pay taxes, go to work (one more week with a neg. test – then one must be jabbed or stay home, or be fired ) To go see a doctor you have to have the jab, (certain docs will not treat unjabbed people) to get your daily food shopping, while first supermarkets have a new service, staff goes shopping for you and delivers, for a higher price. Visit the pharmacy, and that was it – oh wait you are allowed to go for a walk but if you are held up by the police and they decide to fine you, can you explain why you were out?

We are back to – at the mercy and mood of a trained person who acts out the agenda, be it in police uniform or white doctors coat.

Austria is an experiment right now with Germany watching if all that will work to just install the same rules.

Politicians have outlived their shell lives and just need to be non existent, these forms of political parties which are all corrupt finally need to end, direct democracy would be the way but the know how and the right people are missing.

At this stage, I guess we all just wonder how this is going to end? In this day and age, information is all one needs. People will find it.

Here things are heating up and they will announce mandatory vaccinations for everyone probably tomorrow Friday; and change the law according to it some insider from high rank gov is leaking things out on social media. There might be another lockdown for everyone, which will make the jabbed go insane, they sold their health for freedom and get to stay home as well.

They know masses will peacefully protest on Saturday, so they have it all lined up to quickly press a new law though overnight, so they demonstrate too late to doing anything. Law suits are already out in regards the unvaxxed lockdown. They are yelling and screaming in Parliament, it is getting more and more obvious.

So the police are harrassing people in shops buying winter clothing demanding to show the green vax certificate, if you are caught as an unvaxxed it is all from 500 Euros over 1.000, Euro in fines, people are now really fed up, many of the policemen of the original force have called in sick, the number of the ones who need to check on the population are shrinking, and many will march with the peaceful protesters on Saturday in Vienna, they will try to incite violence as they did before by hearding them into spots where they can not move away in small side alleys and then cook it up on media, they did so before.

People are warned and only one political Party is marching with them all. Freedom Party.

All other Parties are just beating the agenda drum doing nothing for the people. It is obvious, no Christmas shopping or get togethers, no Christmas Markets for un-jabbed, no mulled wine, they will cancel Christmas and New Years, and drag it with soft and hard lockdowns until Easter and restrict family contacts again. Wonder if people will still obey; Some say the planned blackout is said to be in March, just when snow hits the last time.

600.000 households can not afford heating their homes fully this winter; Oil for heating went from 58 Euros/100liters to 88 Euros/100l Heating Gas prices are still unknown. Electricity is also going up so they say for an average household it will be +500 Euros this year. They could split the tax in half to help people but they do nothing so far. Heating season is already in full swing.

Let’s see what the bigwigs will try to cook up tomorrow and over the weekend, seems like lockdown for all will be announced on Monday. Hospital numbers are constantly blasted over all propaganda media, they blame the unvaxxed but real data does not exist, because even if recorded, it is not used. But they do not record how many vaxxed are now testing positive, just beating the positive test numbers. If one watches the regular channels one could go nuts, and many people do, many suicides, but no one talks about that, only some policemen share via social media or open letters to politicians.

God with us, we with him.

My best wishes to you and Claudia, we just must get through this madness, with eyes open and staying sane;

My comment: At first I thought it was Australia, I had no idea Austria had gotten so bad. Many thanks for writing, SMH.

There you have it, – hopefully there will be enough open rebellion to shut the agenda down.

One Response to “A reader from Austria sent:”