and this report from Russell Bentley being interviewed by Regis Tremblay.

The shelling is getting worse.

Why didn’t the Russians start the special operation by freeing Donetsk?

Why are Russians retreating anywhere in Ukraine?  It results in the massacre of civilians by the Ukrainian Nazis.

Russell’s friends are fighting near Donetsk.  They say that the Russian Ministry Of Defense reports are bs.

The numbers being claimed as killed are nonsense.

Why is it taking Russia so long to sort out the Ukraine?  Why is this shelling being allowed to continue?

It’s even increased.  This was the stated purpose of the Special Military Operation.

Why not stop the killing of civilians in Donetsk?

The Russian people are starting to get fed up.  Political and military catastrophe.

Putin’s Press conference at the SCO meeting –  ‘our goals have not changed’.  He lied.

Where is denazification?  They’re fucking up and it’s costing peoples’ lives.

Moscow’s full of people with money who don’t care.  Russian troops have all the weapons.

We lost Kharkiv while the Russians took a rest.

The Russian people are getting pissed off too.  They want the job done.

Is Russia losing?  No.  But Russia needs to change their whole approach, or they will lose.

Russia is killing the motivation of the people of Donbas who are doing the fighting.

Russell “Texas” Bentley with a very emotional and impassioned report on the horrors in Donetsk by the Ukrainian military and Nazi battalions. 13 killed today in the center of Donetsk City. We also discussed Russia’s predicament post the Ukrainian offensive.

The Russians don’t give Manpad missiles to Donbas troops, thinking they might shoot down Russian planes.  Ukrops fired rockets at a hospital in Donetsk.  Then the Russians lied about the incident saying it was shelling.  Russians have been less than genius’ throughout eight years of war.  Now the Russians are stretching credulity beyond belief.  Are the Russians really that stupid?  Or is there some thing else going on here?  Is Russia betraying Donbas as part of a deal?

We are true Russian patriots.  We’ll fight and die here.  We live under shelling every day and night.  We are defending Donbas, and Donbas is defending Russia.  Russia is defending the future of humanity.  Russia must unfuck this situation real quick.

Herra X: See my Rumble soon: ‘”Moscow responds subtly to the arrogant negotiation terms of Zelensky, as Donetsk, Lugansk and Kherson called to hold referendums to join the Russian Federation immediately. Simply put: “We are going to take several regions for now, later the conditions will be worse”.
Militarily, not a very eventful day, but political repercussions of the referendum will likely affect the fronts. Andreevka bridgehead group is still getting pounded, and slowly retreats towards the river, unable to do anything. Ukrainian group destroyed attempting to cross Oskol river.
The attacks on Krasny Liman are loosing momentum, but there are signs that enemy may be regrouping, so another attack is possible. Russians took initiative near Ugledar taking several enemy positions in a reconnaissance by combat. Small skirmishes in Zaporozhye. Small advances in Bakhmut. Barbaric Ukrainian shelling of Donetsk. “ 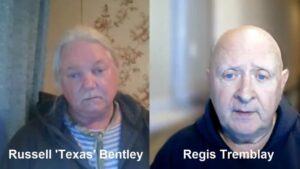 5 Responses to “Donbass. Stop killing us. Stop lying to us.”