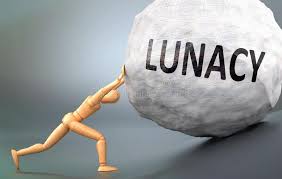 1. Idiotic doctors are apparently now puzzled by the fact that diarrhoea is a common symptom among the vaxxed who have not yet died. I’m delighted to say that they need be puzzled no more. I have the answer. The sad and sorry souls who agreed to be jabbed with the covid-19 toxic garbage are developing diarrhoea because their immune systems were buggered by the jab. In the winter the hospitals will be full of jabbed patients dying of infections such as pneumonia.

2. I feel sorry for the young ones who aren’t allowed to enjoy a few rare weeks of summery sunshine in Europe but who are being lied to and told that the sunny days are a harbinger of drought and death. In summer we sometimes have nice weather. Official statistics show there have been hotter summers.

3. My contempt for the cowards at the BBC, and the rest of the bought and paid for mainstream media continues to grow. None of which has the guts to let me debate the fake pandemic, the fake global warming scare or the rest of the garbage with one of their pathetic, obedient little experts – experts who’d say the world was square if you gave them £50 and a free taxi ride. The papers don’t ask questions any more. Like the BBC, they just publish the Government hand-outs. And then hold their hands out for the cash. The BBC, by the way, constantly reports the ever changing list of symptoms caused by the rebranded flu. Just about any symptom you can think of is now on the list. The sole exceptions seem to be hair growing out of the ears and hard skin on the feet. I suspect they’ll be on the list next week. I doubt if there is anyone at the BBC who can spell `symptom’. How do these miserable, treacherous, lying, cheats sleep at night? I no longer believe they’re all ignorant simpletons. I believe the 22,000 staff of the BBC and the rest of the media know that they are lying and supporting lies – but they do it for the money and because they are too cowardly to risk annoying the conspirators. The BBC, always pleading poverty and demanding money with menaces from the elderly (after promising to let them watch their televisions without paying a fee) gave its staff big pay rises. There are 74 presenters at the BBC now being paid over £150,000. You will note that I did not say earning over £150,000. Not one of them is worth more than £20,000 a year. Not one. Meanwhile, please don’t pay the BBC licence fee (but don’t break the law, of course.)

4. The Guardian, which must now be the conspirators favourite daily read, ran an article warning that `covid is rife in the UK once more, with another wave expected this autumn’ and added advice on who will be eligible for the next round of covid boosters. As a bonus the paper added a note pointing out that the Government is offering flu jabs to all children aged two or three, all primary school aged children, all those over 65 and on and on. Together with the damned covid jab, of course. Has anyone ever done any research showing that it is safe to give ALL these crappy drugs to the same person? Of course they haven’t. The plan now, of course, is to give the new flu jab together with the covid-19 jab in the autumn – despite the fact that it is known that there is a rise in adverse reactions if you give them together. One new flu jab being trialled is, not surprisingly, an mRNA creation. We’re fighting a war which I now know will never end. It’s a war in which we fight to hold back the forces of evil. As Goethe said: one must either conquer and rule or serve and lose

5. Actors on TV dramas no longer bother to hide their own regional accents – even when, for example, playing French, German, Italian or Dutch citizens. Is this so that we learn to forget that we aren’t all living in a homogenous world (ready for a world government)?

6. The chairman of the Royal College of GPs says that it is no longer feasible to be a full time GP. The average GP now works just 26 hours a week. Many have other jobs (as administrators and doing private work). Meanwhile, another report suggests that GPs are threatening to resign en masse because their massive earnings (as a result of the illegal and immoral covid-19 jabbing) mean that their tax bills are rising rapidly. GPs have never been lazier, less caring or more worthy of public contempt.

7. A new report suggests that people aged over 50 are facing a lifetime of financial insecurity. It was always obvious that it was the elderly (and not the young) who would suffer most from inflation and rising costs. Older folk have to deal with falling pension values, redundancy and the collapse of the health service. Let’s hear no more rubbish, please, from the woke and whingeing 20-year-old global warming cultists. (It’s largely their fault we’re in this mess.)

8. I first revealed the specific heart risk of giving the covid-19 jab in November 2020 and then again in November 2021. And there cannot be anyone left on earth who does not know now that myocarditis is a very real risk with the toxic covid-19 jab. I’ve lost count of the number of children who have been damaged – though the scary figures are available on this website. Tragically, many of them will be dead within five years. But there’s another problem that has been so far ignored: those affected children who do grow to adulthood are going to have to declare a serious history of a major health problem when they want to get a job or take out a mortgage. And I fear that their history of myocarditis is going to make their lives very difficult.

9. The long standing global water shortage (which has been exacerbated by the mad recycling rules requiring people to wash out yoghurt cartons, etc.) has been made additionally terrifying because rainwater everywhere contains industrial chemicals which cannot be removed. Water and oil are the world’s scarcest and most valuable resources.

10. A new report wants the anachronistic BBC licence fee to be means tested and linked to council taxes. Members of the public will have to pay the fee whether or not they have a TV set. The arguments about the BBC are becoming obscene. The BBC should be closed down, the entire staff fired and the buildings turned into something useful. There is, for example, a nationwide shortage of public lavatories. Alternatively the BBC buildings could be turned into hostels for the homeless. The BBC staff should accept that they have no future and that the BBC is no longer wanted.

Vernon Coleman’s book `Endgame’ explains how the Great Reset conspiracy began and where it’s heading if we don’t stop the conspirators. `Endgame’ is available via the BOOKS section on www.vernoncoleman.org

2 Responses to “Will the Lunacy Never Stop?”