1 Aug, 2022 21:11
HomeBusiness News
https://www.rt.com/business/560027-uk-anti-russia-sanctions/
London has re-allowed the provision of insurance for aircraft, sea vessels and their components to Russia-linked entities 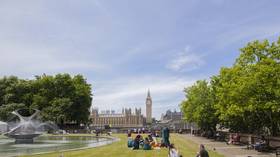 London has eased some restrictions it imposed on Russia over the ongoing conflict in Ukraine, allowing companies to provide insurance and reinsurance to entities linked to Russia. The amendment to the ‘General Trade Licence Russia Sanctions – Vessels’ was announced on Monday by the UK Department for International Trade.

“The General Licence has been revised to remove Regulation 28 (financial services and funds related to restricted goods and restricted technology) from paragraph 1(h),” the department explained in a brief statement.

“This enables the provision of insurance and reinsurance to a person connected with Russia in relation to the items in paragraph 1 (a), subject to the wider restrictions and conditions of the licence,” it added. The aforementioned paragraph mentions sea vessels and aircraft, their component parts, as well as aero gas turbine engines. 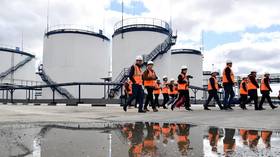 The restrictions, primarily viewed as a tool to damage Russian oil trade, have been apparently put on hold over fears that such curbs would sent crude prices up and further destabilize global energy security. “There is no current UK ban affecting global shipments of Russian oil,” Patrick Davison, underwriting director of the Lloyd’s Market Association, an industry group for insurers at Lloyd’s, has said.

“Given the global nature of the [re]insurance industry, the existence of the EU restrictions may well impact appetite for Russian oil shipments in London,” he told Financial Times on Sunday.

A similar move to ease anti-Russia sanctions was taken by the EU last month. On July 21, the EU Council allowed transactions needed for Russian state-owned companies to sell oil to third countries.

“With a view to avoid any potential negative consequences for food and energy security around the world, the EU decided to extend the exemption from the prohibition to engage in transactions with certain state-owned entities as regards transactions for agricultural products and the transport of oil to third countries,” the Council said at the time.