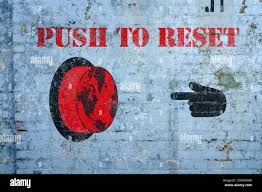 1. Don’t expect a Christmas in 2022. There won’t be any street lights or much in the way of entertainment or celebration. There will be very few Christmas trees standing in town squares and the ones that there are will not be lit. The excuse will be the energy crisis and the unbearable costs. As usual, the global warming hoax will be an excuse. And Christmas won’t be celebrated publicly next year, either. Or ever again. Churches and pubs are closing fast and we are moving inexorably towards Chrislam. (Check it out – it’s favoured by Tony Blair.) Christianity has been destroyed not by lethargy or lack of faith but by the ruthlessness of Christian leaders who have for years taken an unpopular extreme left-wing political stance and who compounded their betrayal by cancelling services and closing churches during the lockdowns. The number of people attending church services had fallen 30% in the 20 years since the turn of the century and has fallen another 20% in the last two years. In numerical terms the Church of England is now a minority sect. If the Church of England were a sport it would lie somewhere between lacrosse and hare coursing in popularity. It may sound astonishing but more people in England worship regularly in mosques than in parish churches. The Archbishop of Canterbury has helped kill the church he supposedly leads and England can no longer be called a Christian country. (Churches and pubs are closing fast and the mask fetish is returning. If you can’t see a pattern emerging then you need to look more carefully at the elements of the new, acceptable religion.)

2. After a comedian’s show was cancelled at the Edinburgh Festival, the director of the Pleasance Theatre Trust said that `The Pleasance is a venue that champions freedom of speech and we do not censor comedians’ material.’ But he went on to say about a comedian called Jerry Sadowitz: `The material presented at his first show is not acceptable and does not align with our values.’ And so after complaints were received from some audience members, the theatre which claims to champion freedom of speech and not to censor comedians, cancelled a show because some people complained. No one understands irony any more, do they? And why can’t complainants just walk out or not go again?

3. Governments haven’t bothered to build all the new houses they repeatedly promise because there is no point. Why build thousands of new houses when millions of people are going to die in the next year or two and the rest will soon be living in small flats in city centre high rise blocks?

4. Ernest Hemingway said that there were two ways to ruin a country: war and inflation. How right he was. The proponents of the Great Reset are taking no chances.

5. Councils everywhere are re-wilding parks and traffic islands to allow nettles, brambles, dock, Giant Hogweed and Japanese Knotweed to flourish. Presumably, this is in order to provide habitat for rats and the wild boar and bison now being released into the countryside.

6. It is clear that Sunak has all the charm of King Herod and is a vent act for Sir Klaus Schwab (knighted by the queen of England, presumably for services to conspiracy). Remember, Stalin was advertised as `the wise teacher and protector of the working people’. Still, Sunak has his new £400,000 swimming pool to enjoy. (Is he really going to fill it in the middle of an alleged drought and water shortage?) If Sunak becomes Prime Minister there will be a flood of taxpayers emigrating. But where can they go?

7. Chinese citizens are complaining that their lives are controlled by the State via the health apps on their smartphones. Covid testing is being used as a form of social control. If you buy a cold remedy in a pharmacy in China your phone will immediately start to beep to tell you to get a covid test. Thousands of individuals can be put into home quarantine within hours. It is pretty well impossible to escape the system. These controls are coming to the US, the UK, the EU and Australasia but most people don’t seem to care. By the time they’ve noticed it will be too late to do anything about it.

8. Why hasn’t the Bank of England been closed down? A year ago the Bank said that inflation would peak at 4%. It failed to predict the 2008 crisis and it was ridiculously pessimistic about Brexit. The governor, Andrew Bailey, is paid £575,338 a year and has failed miserably. (His job is to keep inflation at 2%.) The Bank throws money around recklessly (with massive pay rises for its own pensioners) and to describe it as utterly useless is over-generous.

9. A railway worker who was wrongfully arrested by Hampshire police under covid laws was awarded £30,000. (He was handcuffed, sworn at and taken into custody while returning from a shift working on the railways in May 2020.) Mr Acquah said he would accept a lower amount if he was given a public apology but the chief constable Olivia Pinkney (who is reputed to earn around £200,000) admitted legal liability but refused the offer. Can I assume that Pinkney is paying the entire £30,000 herself and doesn’t expect the public to cough up? It seems to me that public servants hardly ever apologise.

10. Almost every day there are stories about people being savaged (and sometimes killed) by dogs which have been allowed to roam off the lead. These stories are being publicised to prepare us for tough new laws on dog ownership and licensing.

11. Enfield Council has scrapped Oktoberfest because it fears that there may be drunken anti-social behaviour. There were allegedly complaints that there might be disorderly behaviour among those attending. Alcohol is being increasingly outlawed in the UK. The authorities, you will have noticed, are quick to respond to complaints which suit the conspirators’ agenda – though they never respond to complaints about such things as the dangerous and inaccurate advice being given about toxic, experimental covid jabs.

12. Home owners have been warned here for years about the danger of having a smart meter fitted. It has always been clear the authorities would use the smart meters to control our lives. And so it has come to pass. Anyone who joins the campaign to refuse to pay energy bills will, if they have a smart meter, be moved remotely onto a prepayment plan. Energy companies can switch smart meter users onto a prepayment plan without entering their homes – simply changing their meters from afar. And it is clear that if some people don’t pay their bills then the prices will go up for everyone else.

There is more about changes that will be introduced by the conspirators, in Vernon Coleman’s book `Endgame’ which is available as a hardback, paperback and eBook. You only need to read it if you want to know what is going on.