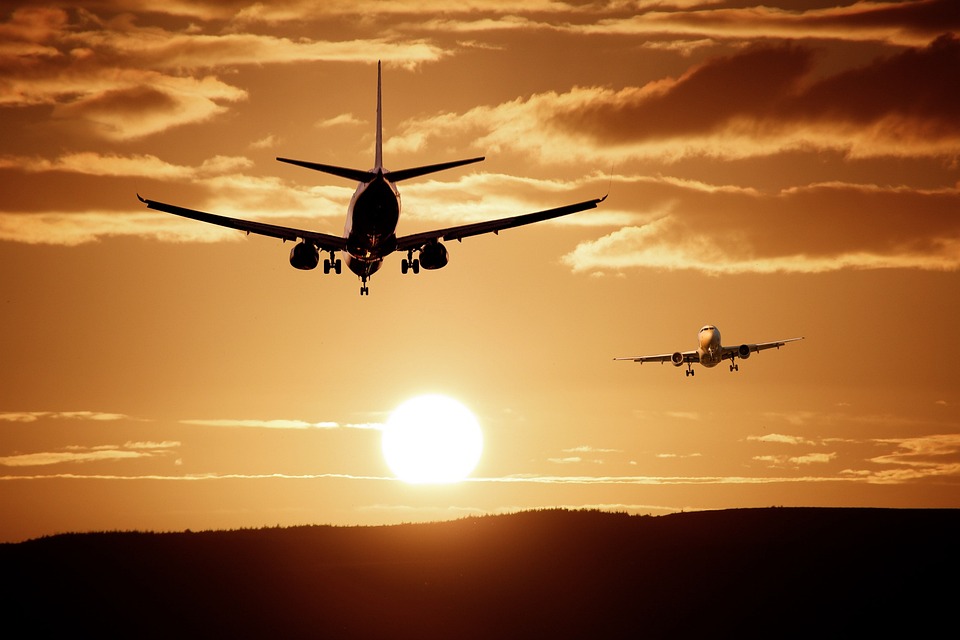 threadsirish
An enjoyable read which will bring a smile to your face as well as provoke thought about the mask issue.

Last week I wrote about my Ryanair flight from Dublin to Malaga and that 80% of Irish people were maskless on the flight which gave me hope for the future.

Maybe I was a bit premature in my thinking. It’s amazing what can change in a week.

threadsirish
Spain 🇪🇸 2020 v Spain 🇪🇸 2022. I Was On A Family Holiday Last Week. What’s Changed ?
Back in early 2020 I booked and paid for a flight for my family to visit Spain in June of that year. However, once Covid broke out and lockdowns were implemented my wife was reluctant to travel. It was still early days in the “pandemic” and she didn’t really know what to make of the situation…

This time I was flying back from Spain to Ireland with Aer Lingus rather than Ryanair. The primary reason being it was the last flight out at 11.45 pm and we wanted to squeeze as much out of the holiday as possible. The price was also reasonable for flying at such an ungodly hour and I love a good deal 😃

Before we left for the airport though, we did what every “good citizen” should do before travelling and took Philip Boucher-Hayes advice.

We “checked our privilege” and discovered we were good to go 😉

Another way to think about delays at airports: We are in a climate emergency, since a vote of the Dail in 2019. If you’re on an international flight you are in the 4% of the global population that will ever do that in their entire lives. Check your privilege.

We arrived in the airport at 9pm expecting few people in the queue. There were probably about 50 people ahead of us with only about 2 wearing masks. Over the tannoy we got reminders of social distancing and wearing a mask if you wanted to or something like that. I wasn’t really paying too much attention. Hardly any of the Spanish airport staff were wearing masks either.

After a relatively quick check-in, we then grabbed a bite to eat and purchased some booze at dirt cheap prices. Next stop was the boarding gate. We joined the queue and waited for the announcement to board.

Then something strange happened. Once the announcement was made people started fiddling in their pockets and putting masks on. I was a bit surprised as nobody had made any announcement about masks being a prerequisite for the flight.

Let me explain why in case you missed my first article.

When travelling to Spain you are meant to wear a mask but when returning from Spain you don’t have to. I know, that makes perfect sense because it’s science 🤡

Yet 70% of the people on the flight continued wearing one for the duration even after the Aer Lingus staff did the safety demonstration without them and walked up and down the aisle for the duration of the 2.5 hour flight.

They did talk about in the case of an emergency having to take their mask off in order to put another one on that dropped down from above in order to get Oxygen. At this stage I was crying with laughter and despair that so many people on the flight had lost the plot. The only time I would consider a mask would be in that exact scenario where it was a case of life or death and I needed the Oxygen.

This was completely baffling. I had to try and work out why 2 flights were so different. On travelling out to Spain I was on Ryanair where you were meant to wear a mask yet 80% didn’t. On the return leg to Ireland, 70% were wearing a mask when they didn’t have to.

Ryanair flights are generally cheaper than Aer Lingus. Could the socio-economic background of the people flying on those flights have anything to do with it ?

A couple of important things to bear in mind and I know these are sweeping generalisations but they are important points to make. Most people who fly with Ryanair are looking for a cheap getaway when it comes to holidays.

Aer Lingus would be considered the more upmarket airline and those who fly it would generally have more disposable income. I know I’m going to be hauled over the coals for saying that and it is a bit of a sweeping generalisation but I’m sure you understand the point I’m trying to make.

Dublin’s battle of the boosters

The West’s Awake
Dublin’s battle of the boosters
The preliminary Irish census results have brought with them a problem. Specifically, a problem for government agencies producing coronavirus statistics. Ireland, it would seem, has 5.1 million people living within its borders. A sizeable population increase from the last time round in 2016. As a result, anoraks crunching the Irish vaccination rate numbe…

The article primarily focused in on the areas of Dublin with the highest vaccination and booster rates.

Gerry made a very interesting point when he said

“Maybe, like me, you’ll have noticed something peculiar about the top 10 most boosted areas of Dublin. Co-incidentally they are also the richest. In fact, I’d nearly go as far as to say that every loopy globalist favorable decision in this country is enabled by the people living, working and profiteering from them in those 10 electoral areas. That’s a subject for another day though. However, in this instance it isn’t the Top 10 list that is the most important in this breakdown – It’s the bottom 10”

I am now about to make some generalisations and give my opinion on what I think was going on with the two separate flights. As you know I always try and provide receipts or proof but as this is an anecdote or opinion piece that is harder to do.

Here is proof that I did go on holiday however 😀

I mean, seriously, I didn’t get that tan on the 3 hottest days of the summer in Ireland where we were all going to die because of climate change !! I got loads of Vitamin D without covering myself from head to toe in Factor 50. That’s also my attempt at Justin Trudeau’s blackface 😉

Back to Gerry and his observations of people taking the vaccine and boosters and how it ties in with Aer Lingus & Ryanair. It seems to me that for the most part the people travelling on the Aer Lingus flights came from the top 10 areas that Gerry mentioned.

The accents generally on the flight were south county Dublin or at least that’s what they sounded like to me when in the queue. Are these the same people that have been duped into taking additional boosters and are still compliant with mask wearing ? Have they been totally conditioned over the course of the last 2.5 years of obeying everybody and questioning nothing ?

The predominant accents on the Ryanair flight were certainly not south county Dublin. Were the people on that flight predominantly from the middle and bottom 10 of Gerry’s list ?

It would seem to me that people outside the Top 10 of Gerry’s list are waking up a lot faster than those from the so called wealthier parts of Dublin. I say this as a person who lives in south county Dublin as well. Generally speaking those who live in the wealthy areas have been duped far more easily. They don’t seem to be falling as easily for the whole booster shenanigans.

There is also the issue that those who flew back on the Aer Lingus flight were also on an Aer Lingus flight on the way out (as most people fly the same airlines out and back). In all likelihood they wore masks on the way out and assumed incorrectly they had to wear them on the way back even with the blatant clues they encountered such as none of the staff wearing them and no announcements being made.

Naturally I had to be different and take 2 different airlines (I’m not great at doing what everyone else does). It did however give me an opportunity to see both sides and how people behaved on their respective flights.

Once we touched down and disembarked most of the people on the flight removed their masks on the way to picking up their luggage. They thought they were just following orders 🙄

It won’t be the people living in the richest areas who save Ireland as they are still asleep at the wheel.

Dublin Airport is still a mess. On the way to picking up the luggage the walk seemed interminable at 1.30am. It was almost as if they wanted people to hate the experience of travelling.

Elevators were broken as people were dragging their 10kg suitcases behind them and trolleys were hard to find at the luggage carousels. Hundreds of lost bags were shoehorned into corners.

I came across images on the walls of rural Ireland on the way to the luggage pick-up which were full of cows grazing happily. I do wonder however if those same images will be replaced by insects and bugs 🐜 🐛 🕷 in the years to come. After all that is the plan of the World Economic Forum and Agenda 2030, whilst keeping the cows 🐄 for the elite so they can dine on the finest beef.

Eamon Ryan, the Minister Of Transport and WEF member

who likes to fly 1st class whilst preaching about climate change would have been furious with my families carbon footprint for the trip.

My wife and daughters like to pack the kitchen sink whilst travelling. They end up wearing the same stuff all the time but that’s not the point, they don’t believe in travelling light 🤣 Ryan would not have been happy with the 20kg bags. My social credit score would have been crap and if we were in China we probably wouldn’t have been allowed to board the flight as we would have been considered “rule-breakers”

With our luggage we headed to the taxi queue which was abominable at 2am. No taxis to be found anywhere.

Maybe I did redeem myself at the end though. My daughter did meet a couple of college friends and we all decided to hop into one of the large people carrier taxis as we were all heading in the same direction.

My daughters friends then offered to give me cash for the taxi ride. I declined as they were students and understand that they needed the money for booze in the future. They were also great craic on the ride back. Eamonn Ryan wouldn’t have liked cold hard cash transferring hands between two people, he would have preferred a cashless transaction.

I don’t do cashless if at all possible and paid the cabbie in cash. Another negative social credit score on my part. I don’t think I’m going to fit in very well with this dystopia envisaged for the serfs…

One Response to “Spain 🇪🇸 2022 – The Return Flight From Malaga To Dublin. It’s Not Good News I’m Afraid 🙄”