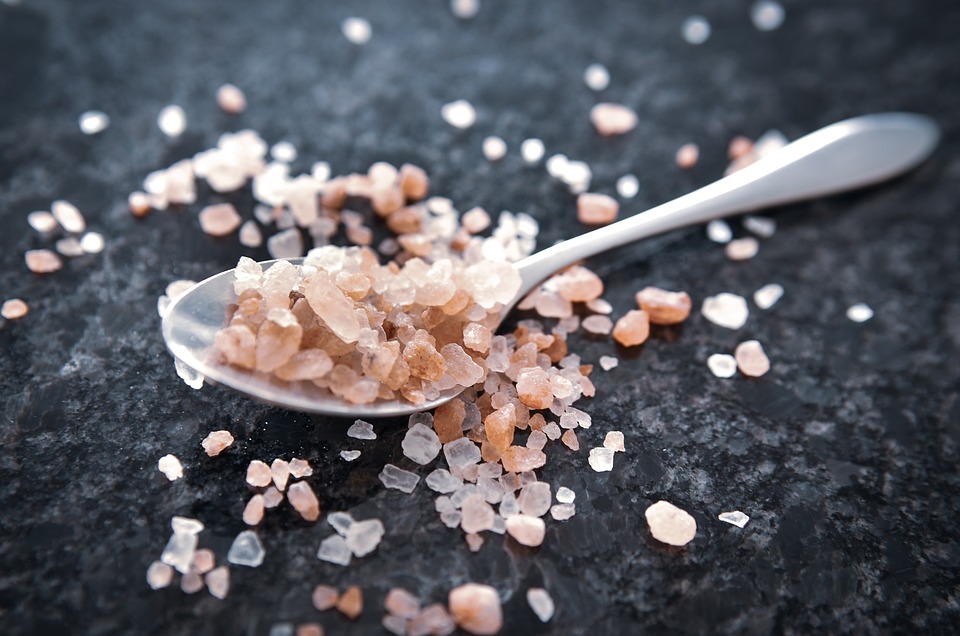 Salt is important to human life. It is our main source of sodium (Na+) and chloride (Cl–) ions, which are required for many bodily processes. [1]

Sodium is essential for the regulation of blood pressure and body fluids. It is also required for the transmission of nerve impulses, the contraction and relaxation of muscles, and the maintenance of proper mineral balance. Your body needs approximately 500 milligrams (mg) of sodium daily to perform these functions. [2]

Like sodium, chloride plays a role in muscle contraction and the transmission of nerve signals. It also helps regulate fluid balance and pH. Additionally, chloride supports the production of hydrochloric acid in your stomach, without which your body cannot digest food properly. You need to get about 3 g of chloride from your diet daily. [3]

Both sodium and chloride are naturally present in raw, unprocessed foods, albeit in small amounts. This is why foods benefit greatly from the addition of salt, which not only increases their sodium and chloride content, but also enhances their flavor. Sodium is what gives food saltiness, while chloride helps modulate the salty taste. [4]

Given the importance of sodium and chloride for maintaining bodily functions, it’s easy to see why salt is essential to life. This is also why it’s crucial that you secure your salt supply in preparation for unforeseen emergencies. When SHTF, having an adequate supply of salt, among other things, will help ensure your survival. This invaluable item will also serve you in many surprising ways.

There are different types of salt that you can add to your survival stockpile. But for preppers looking to maximize their resources, there’s a versatile, healthy salt that you should prioritize getting: pink Himalayan salt.

Why Pink Himalayan Salt is better than other types of salt

Table salt is the most commonly used salt in the human diet. It is typically mined from underground deposits and undergoes heavy processing. During refining, all other minerals are removed from it, leaving only sodium and chloride. This is why table salt is about 99% NaCl. [5]

In many countries including the United States, it is common practice to fortify table salt with iodine. [6] But manufacturers also add anti-caking agents to table salt to prevent the salt crystals from clumping. The presence of these additives along with its high sodium content are the main reasons why refined table salt is considered the least healthy salt variety.

For people searching for healthy alternatives, Kosher salt is one of the most popular table salt substitutes available. A favorite among many chefs, this salt has large, irregularly shaped grains and is less salty than table salt. Kosher salt is either harvested from underground rock deposits or produced by evaporating seawater. Unlike refined table salt, Kosher salt does not contain anti-caking agents, but it also doesn’t contain other minerals apart from sodium and chloride. Some brands, however, fortify their Kosher salts with iodine. [7]

There is another, equally popular but far healthier type of salt than Kosher salt. Pink Himalayan salt, or pink salt, is only sourced from one place: the natural deposits found in the Khewra Salt Mine located in the Punjab region in Pakistan. [8] This mine is said to be the second-largest salt mine in the world.

Often called the “purest salt on earth,” pink Himalayan salt has certain qualities that make it a better and healthier alternative to table salt than Kosher salt. For starters, it doesn’t undergo heavy processing, apart from being mined and washed by hand. Pink Himalayan salt also contains a combination of up to 84 different minerals, including essential ones like calcium, magnesium, potassium and sulfur. These macrominerals make pink Himalayan salt more nutritious and give it a slightly different taste from table salt. [9]

One teaspoon of pink Himalayan salt contains about 1,680 mg of sodium, so you won’t have to use a lot when seasoning your food. According to the Dietary Guidelines for Americans, adults should limit their sodium intake to no more than 2,300 mg a day. [10] Consuming more than this amount can lead to serious health problems, such as high blood pressure, heart disease, loss of bone calcium and stroke. [11] Therefore, using pink Himalayan salt instead of table salt can help you better control or reduce your sodium intake to support optimal health.

Pink Himalayan Salt has many health benefits and survival uses

In a survival scenario, being in top shape is an advantage and maintaining optimal health should be your top priority. Pink Himalayan salt not only provides more nutrients and less sodium per serving, but it also offers health benefits when used regularly.

Here are some of the benefits that you can enjoy when you switch to pink Himalayan salt:

Aside from offering health benefits, pink Himalayan salt has plenty of survival uses. Since pure salt is a stable compound, it will last indefinitely without losing its flavor in storage, so long as it is stored properly. This means keeping it in an airtight container in a cool, dry and dark location. [20]

When SHTF, you’ll find that having an abundant supply of this versatile salt in your emergency stockpile is a definite advantage. Here are some survival uses of pink Himalayan salt: