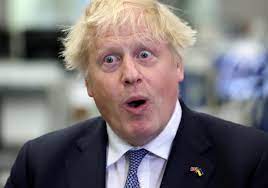 In all communist and totalitarian societies it is customary for the oppressed people to do whatever they feel will make their lives easier – even if they feel embarrassed and ashamed of themselves.

If you destroy people’s beliefs, they become weak, frightened, susceptible, vulnerable and ready to do what they are told.

People who are uncertain and fearful become pliable, they abandon self-respect and live false lives; ever compliant. They behave like obedient schoolchildren, readily obeying the most indefensible of rules. They become sycophantic hypocrites.

All this is happening now – in my country and in your country, wherever you live.

And it is happening because your government regards you as the enemy.

Our political systems are broken and it is our reliance on the party system which has helped to break it.

Political party systems mean that there are few or no independent politicians. And it means that politicians have to do as they are told if they want to rise within the system. It also means that the politicians who rise to the top in all countries are the dross; a pitiful mixture of psychopaths, megalomaniacs and lunatics.

In the last few decades the calibre of politicians in almost all western countries has fallen dramatically.

Today, we are ruled by a mixture of incompetents, crooks and charlatans.

Just look at the way the quality of Prime Ministers has fallen in recent years.

No one thought that Britain could possibly have a worse politician than John Major – a man born to work in a phone shop.

And then along came Tony Blair. A confidence trickster who was built to run an internet scam selling dodgy crypto-currencies.

We thought Blair was the pits.

And then we got Gordon Brown – a pathetic, whingeing, self-important Scotsman who should have been headmaster of a rundown primary school in Glasgow. (I wrote a book about Brown called `Gordon is a Moron’. I was besieged by letter writers complaining that the book was unfair to morons.)

Everyone breathed a sigh of relief when Gordon Brown went.

But we got David Cameron – a man born and bred to sell insurance for a slightly dodgy company that specialised in policies which never paid out.

The relief we felt when Cameron retired was quickly washed away when Theresa May become Prime Minister.

She went – to much cheering – after we realised she would have reached her limit if she’d got herself a job as Assistant Manager in a shop selling cheap jewellery.

And then we got Boris Johnson: the market stall spiv; a man whose real calling in life is to sell cut price watches from a suitcase in Petticoat Lane market – watches with the lifespan of a butterfly.

We should be grateful, I suppose.

Look at the egocentric nonentities running Scotland and Wales. Would you buy a used violin case from either of them?

What worries me is this: since our Prime Ministers are clearly getting worse, who the devil are we going to get next?

2 Responses to “We’re all being governed by psychopathic morons”