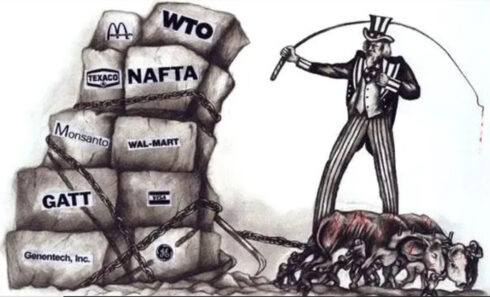 Biden and Johnson will divert funds from local economies without the approval of local populations to arm “democratic” Ukraine as Imperialism drops the façade of democracy. As Russia advances in Donbas, NATO continues to expand arms supply to Ukraine. Meanwhile, Inflation ranges in NATO economies but nations in the organization make no effort to remedy citizens’ fall in living standards as they prioritize NATO’s war and threats.

The end of June and the beginning of July 2022 is turning out to be a historically interesting period. There was a quick succession of imperialists’ meetings starting with the G7 followed by NATO. The G7 meeting becomes interesting in that out of statements to defend undefined western values, the only takeaway was a whimsical photos session with jokes concerning Putin’s bare-chested horse-riding photos. The NATO meeting concluded with more threats against Russia and attempts to cast China, which is located on the opposite side of the North Atlantic, as an enemy. Meanwhile, as of 30th June Russian forces were so successful around Lisichanks appeared to be very cautious in announcing their progress. For instance, on 29th, they reported controlling only 30% of Lisichasnks while the Sky news embedded with the Ukrainian forces stated that the city was a forgone conclusion. As of 2nd July, towns around Severodonetsk-Lichisansk were falling at an unprecedented rate. Russians were practically steamrolling opponents even at notable costs in men and materials. Against this backdrop, imperialists have pledged even more weapons to Ukraine, following a very practicable style. NATO started by supplying small western weapons in mass and has progressed in a nearly linear pattern increasing the complexity of weaponry but reducing the numbers. Some US allies have claimed running out of stock.

I found a comparison of western media’s views before and after the special operation. In a 2015 article, the Guardian reported that Ukraine was the most corrupt country in Europe but on February 27th 2022, the same media reported how fighting for Ukraine represents fighting for Liberal Ideals. This outward contradiction constitutes a Freudian slip in that both articles show westerners looting both Russia and Ukraine. My audiences should note that among factors that have contributed to Ukraine’s corruption included the self-confessed corrupt activities of Joe Biden and his son Hunter Biden’s looting of Ukraine. The Guardian conveniently omitted such details in its article describing perverse corruption in Ukraine.

Guardian’s second article described above had a subheading “For a long time, Tories have been happy to take Russian money and attack the democratic values they now claim to hold dear”. So the Tories receive money from Russians without giving any products or services in return but continue to hold some values dear. What could these values be? Under such circumstances, the only values that the UK, EU, and NATO hold dear are corruption and imperialism.  Both articles show that the current war waged by EU and NATO is designed to create conditions for looting Russia, Ukraine, China, Iran, and the global south. Parts of West’s liberal ideals is the belief that all resources from the rest of the world (including Russia) should be traded in a manner that pays tributes to the west. That’s why this war will not be ending soon. 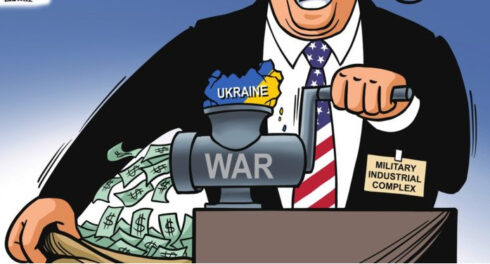 Beyond the missiles, artillery shells, grenades, and rounds flying across the battle lines in Ukraine, the real war is occurring somewhere else and is directed by a sleazy minority wanting to control the world by purporting to coordinate the majority. They wish to maintain the US-led financial empire amply described by Michael Hudson, which enables them to get the best of commodities, labor, and profits for nothing. Putin and the Majority are calling for a fairer world. This war is the ultimate showdown between debt-money (fiat currency) and real commodity money. It amplifies the call for an equitable world noted by among others Thomas Sankara, Mohammad Mosaddegh, Muammar Gadaffi, and now Nayib Bukele and Vladimir Putin. All these personalities have argued that all regions would have equitable development if their countries had enough freedom to trade their resources for real money. However, Atlantic colonial powers, starting with Spain, Portugal, France, England, the Netherlands, and the US have thrived in taking resources anywhere in the world using violence and or paper money. The Branding of the North Atlantic in NATO should be noted. It is only these countries that got rich by kidnapping and enslaving Africans, trading them, stealing resources from Africa, and India, and waging wars against China to curve it up. From these past actions, we can deduce what the transatlantic liberal order and its aspirations are. Mosaddegh, Sankara, and Gadhafi were quickly thrown under the bus for standing contrary to these North Atlantic aspirations but things have changed and their monopoly of violence is lost. 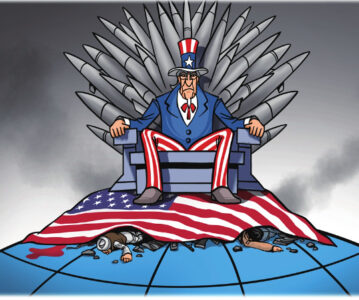 Trans-Atlantic cabal is purporting to coordinate global trade grain and oil trade to earn supernormal profits by distorting prices and supply using threats, violence, money printers, and a narrative fake western values that the rest of the world should aspire for. Consider the example of trade in wheat and how they want to purport to regulate participants but not produce. In January 2021, the USDA reported that Russia planned to restrict the sale of grains and oilseeds to mid-2021. In February of 2021, Russia imposed export taxes on wheat and would cap export at 8 million tonnes beginning in February 2022. The international media punctuated these announcements with the context that Russia was the leading wheat exporter.

The western media gladly reported that these measures would have adverse impacts on the global supply. Therefore, westerners miraculously bestowed upon themselves the power to regulate global wheat supply but not to produce their own wheat. Such views are interesting especially in the context of Western recent proposals to “decolonize” Russia and make it a responsible player on the “international stage”. According to westerners, Russia and other nations should only produce but have no say in how these resources are traded including whether their local populations have preferential access. For instance, in May 2022, India also banned wheat export and westerners responded. CNBC noted that India was the second-largest wheat exporter globally and proceeded;

“Global buyers were banking on the world’s second-biggest wheat producer for supplies after exports from the Black Sea region plunged following Russia’s invasion of Ukraine in late February”.

Again, westerners took upon the weighty responsibility of advising India on what to do in the interests of “global buyers”. A more constructive approach would be to recognize that the Russian and Indian governments have cardinal responsibility to feed their populations over the rest of the world. Also, western governments should be championing for localized food production to save the environment as opposed to transporting wheat over long distances using carbon-intensive fuel if the climate debate is anything to go by. However, The British would be happy to see India or Russia export all its wheat to western markets where prices are always higher due to larger supply of money and later have Russians and Indians starving. Responsible countries should reject the existing western-lead mode of food circulation as it leads to oversupply in the western markets, leading to wastage while poor and developing countries grapple with shortages. 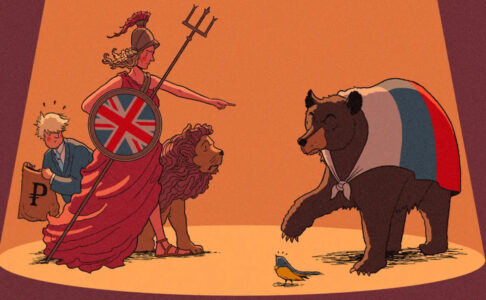 However, ‘developed’ Wests’ behavior in this case is a good pointer to the real problems. Russia has not been the largest grain exporter in history but has only overtaken other producers recently. Why did this happen?  The most practical answer ‘is the misallocation of capital’. There is a small group, which manipulates commodity prices to make profits without work. An example of this can be illustrated using India’s decision concerning Grain export. On 20th December 2021, Reuters reported that India had suspended trading in commodity futures to curb inflation. The reasoning behind Russia restricting exports was also to reduce local prices. Both India’s and Russia’s efforts were designed to prevent speculation on grain in which big western contractors using cheap money would buy grain Futures in Russia and India among other markets to create ‘shortages’ and make supernormal profits and hence lead to sky-high prices. With such an economic model, large Western corporations cannot engage in agricultural production, and this is an economic system that the G7 minority wants to maintain. A world in which developing countries do all the work while the wests’ mega corporations reap all profits seamed attainable actions of Russia among other countries threaten this. Therefore NATO will keep on arming Ukraine to the Bitter and may directly intervene. 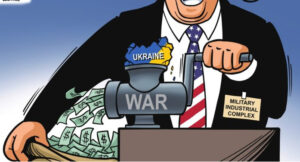 The Real War: Imperialism in the Arbitrary Western Values vs. Nations’ Sovereignty

One Response to “Imperialism drops the façade of democracy”