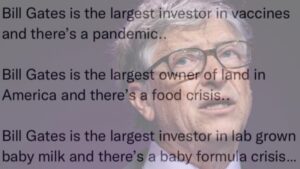 Will Gates, Rockefeller, Musk and Klaus Schwab Prevail in the Class War? Activists and Thinkers Speak Out 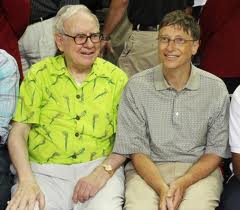 “For me it was never about money, but solving problems for the future of humanity.”

LISTEN TO THE SHOW

On May 23, Oxfam International released the latest study examining how the COVID-19 pandemic affected the distribution of wealth worldwide. The results were alarming, and for people with any sense of fairness, out and out infuriating:

With the event recently passed known as May Day, the International Workers’ Day, commemorating the efforts and victories of the working class and the labour movement, and celebrated in over 80 countries around the world, these developments in recent years is hardly cause to gloat!

Moreover, new struggles have confronted the workers while the elites are dominating the gains. The fourth industrial revolution, artificial intelligence, ad a whole gamut of new technologies seem to have given the tech lords an edge.

In a March 2021 Global Research News Hour interview, Catherine Austin Fitts explained how the decision by the G7 banks to re-organize the financial systems under the plan ‘Going Direct Reset’ allowed COVID to be a cover for a major thrust of wealth toward the wealthy and allow new technologies to once again return to them control of the mass population.

In a statement on what labour would be facing she said the following:

“If I can insert things into your body, if I can mind-control you, if I can turn off your ability to transact, that’s a slavery system…and you’re looking at a leadership who thinks they can do almost everything with software and AI and robotics, and they don’t need people.” [3]

These threats are no longer science fiction. For any serious person with a quest for worker solidarity, it is imperative that we not only remember with fondness the past glories of our collective triumphs, but muster like there’s no tomorrow against the scourge of the clear and present threat to our gains and possibly even our existence. The anthem of The Internationale will underscore this week’s episode of the Global Research News Hour.

Our first half hour features an interview with Professor Anthony Hall, a man who has been skeptical of many of the assertions of the COVID-19 pandemic. He shares with us his assessment of the lost freedoms the working man and woman are forced to reckon with, and also takes on the left and organized labour who, given their stand on the freedom convoy, are hurting rather than helping those they claim to protect.

This is then followed by a panel who will discuss the road ahead for labour given the sobering facts available at present. Professor Richard Wolff, Nora Loreto and Paul Moist all compare notes on the path forward, including where labour is and should be at, what the role of the freedom convoy might have been able to show us, and what lessons might have presented itself in the wake of the Indian General Strike.

Professor Anthony J Hall is Emeritus Professor of Liberal Education and Globalization Studies at the University of Lethbridge in Alberta, Canada. He is a regular contributor to Global Research, and has written a great deal on COVID-19 and “The Great Reset.”

Professor Richard Wolff is an American Marxian economist. He is Professor Emeritus of Economics at the University of Massachusetts Amherst, and currently a Visiting Professor in the Graduate Program in International Affairs of the New School in New York. He is host, creator and writer of Economic Update with Richard D. Wolff. He is also a frequent lecturer at community and academic institutions across the country.

Nora Loreto is an activist based in Quebec City and editor of the Canadian Association of Labour Media and a much sought-after facilitator. She presents regularly on media relations, writing, editing, social media and online security and privacy. She authored Take Back the Fight, Organizing Feminism in the Digital Age (2020) and her latest from November 2021,  Spin Doctors: How Media and Politicians Misdiagnosed the COVID-19 Pandemic.

Paul Moist has been a member of the Canadian Union of Public Employees for 40 years, serving 6 years as president of the CUPE local in Manitoba and 10 years as national president. He also got a bachelor’s degree in history and politics at the University of Manitoba. He is also active with the New Democratic Party.