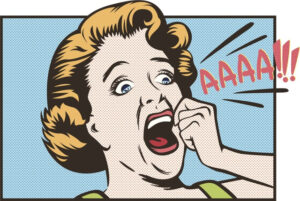 Americans have a fear-porn addiction,

and it’s time for an intervention.

Be it an epidemic, a ‘foreign adversary’,

or apocalyptic climate change,
the elites will always find a way to keep us scared

Memoree Joelle is a writer and constitutional conservative living in Los Angeles.

by Memoree Joelle
(abridged by henrymakow.com)
America in 2022 more closely resembles a giant mental asylum inside a circus than a country of the brave and the free.
Sometimes I wonder if most of my fellow citizens even believe in freedom anymore, or are they so fearful and shellshocked they’ve forgotten what that word means?
I see young people in the prime of their lives walking around Los Angeles wearing three layers of face masks because they heard on TV that will keep them safe. Shoulders always slumped, heads always bent. I see people wearing surgical masks while driving alone, locked in their cars.
We’ve had more than two years, multiple vaccinations, a slew of well-documented early viral treatments, and still it’s not enough. Everything is sanitized, every cashier is behind a plexiglass barrier, and every germ is now seen as a threat.
Everyday phrases like “See you later” and “Take care” have been replaced with “Stay safe.” It’s almost like safety is the new American pastime, replacing baseball.
Or worse, Safety is the new religion. To quote Nabokov, “The poison was in the wound, and the wound remained ever open.”
And that’s exactly what our new fearful citizenry has been subjected to – an enormous national fear-wound, inflicted by our own government, whose taste for power has unleashed a monster. That monster both creates and feeds off of the fear, churning out more and more fresh poison with every news headline.
It doesn’t begin or end with Covid-19, or epidemics in general. Lock yourselves down because monkeypox is coming!
Along with West Nile, Zika, and Covid variant numbers 5, 6, and 10,000. 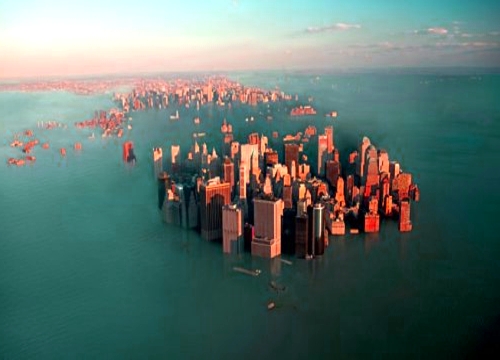 Oh, and the world is going to end in ten years due to climate change, just like it was about to end ten years ago, and ten years before that. Better stop driving! (So the world’s elite can fly more private jets and buy yachts, of course). And you should definitely be afraid of (insert foreign country) and ohmygod what if aliens attack?! The barrage never ends. And we’ve been living like this for years and years. It’s difficult not to be affected. If you’re an American reading this and you live in a big city, ask yourself this: When was the last time you felt lighthearted and carefree?

Why would our government and their news media lackeys do this to their own people? Simple. To control us. A fearful populace will go along with almost anything, which we witnessed at the onset of Covid-19 and the countless small businesses that were crushed by the lockdowns. When we are controlled by fear, we are easy to divide and conquer. And they got what they wanted. Neighbors ratted on neighbors, calling the cops over a simple house party (or, in my neighborhood, over a family gathering to grieve together after a funeral). All of it driven by instilled fear, all of it devoid of human empathy.

Americans were already facing nationwide crises that impacted our mental health long before Covid. Just look at how obsessed we are with Hollywood, social media, and the new ‘influencer’ class. We have endless pharmaceuticals for anxiety and depression, and an epidemic of porn addiction. We’re dealing with an opioid crisis, and the delusional idea that one can change their sex or pick one of 78 genders. All of this doesn’t bode well for a healthy, functioning society, but when you add in a hysterical media and a ruling class working together to instill fear, you’ve got a direct path to the total destruction of a nation. I’m afraid that if we don’t collectively, as a nation, gain control over this (manufactured) fear, that’s where we’re headed. 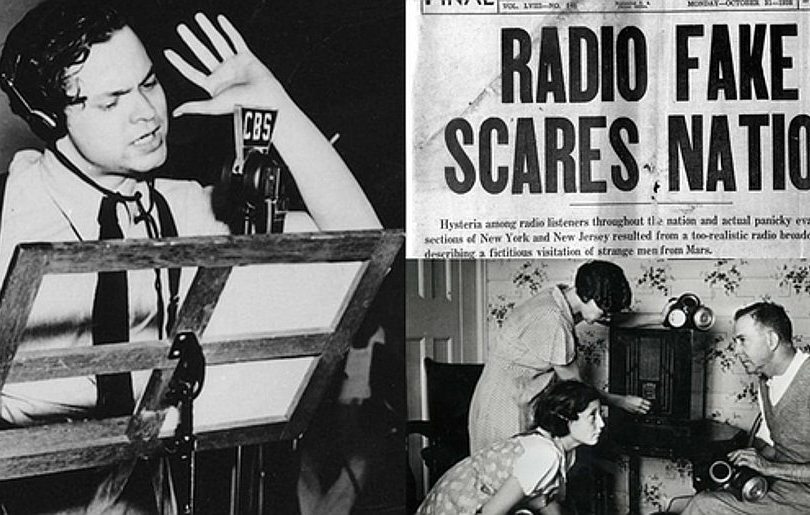 (Early experiments in mass manipulation)
Not only are fearful people easy to control, they aren’t capable of functioning in a normal human way. Humans need to be with other humans, not isolated or communicating through phones and computers. We are highly social creatures designed to take risks, to try new things, learn, create, and explore. We can’t do that if we suspect everyone to be a personal health threat, or if we believe we’re on the cusp of nuclear war, or if we fear food shortages, or that we may not be able to pay for the things we need to live. When we reach this point, we begin to develop mental illnesses, addictions, and neuroses like the ones I described earlier.
A president I happen to think was much wiser than Roosevelt taught us that, “Freedom is never more than one generation away from extinction.”
It’s worth standing up for our God-given human rights and not giving into fear, which only serves to enslave us. Freedom is still worth fighting for, and it’s not as hard as it may seem.
Step one: Turn off the fear porn.
https://www.henrymakow.com/2022/06/US-MEDIA-IS-CABALIST-FEAR.html