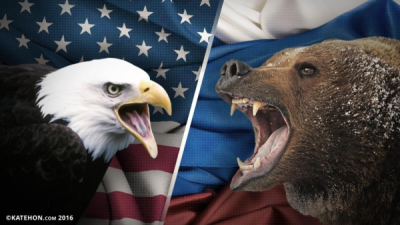 Last week, on June 23, a United States government agency under the name Commission on Security and Cooperation in Europe, better known as the Helsinki Commission, held a Congressional briefing titled “Decolonizing Russia”. Democrat representative from Tennessee (D-TN) Steve Cohen opened up the presentation, during which he claimed that the Russians “have in essence colonized their own country,” arguing that Russia is “not a strict nation, in the sense that we’ve known in the past.” Casey Michel, who authored an opinion piece in The Atlantic last month, titled “Decolonize Russia”, was also present at the meeting. His op-ed seems to have been the impetus for the highly controversial briefing. According to Michel, “decolonizing Russia” is not solely about “partitioning” and “dismembering” the Russian Federation, but about an “authentic commitment to anti-imperialism.”

The panel discussion participants urged the US to give more support (clearly implying actual support currently exists already) to separatist movements inside Russia and in the diaspora, and specifically mentioned Chechnya, Tatarstan, Dagestan, and Circassia as the possible candidates for “decolonization”. Siberia was discussed separately and, according to the Commission, it is to be divided into several republics. During the (First) Cold War, the US, a premier imperialist power, sponsored numerous separatist groups inside the USSR. Thus, this is most certainly not the first time prominent figures in the political West have adopted a hard line towards the Russian Federation, seeking ways to dismantle the Eurasian giant, just as the political West did the same to Yugoslavia over 30 years ago.

International Law? The Americans Don’t Give a Damn

What is significantly different nowadays is the blatantly open and public call to do so. Apart from being highly controversial and dangerous, as Russia isn’t yet another helpless country the political West can destroy and kill millions of its inhabitants with impunity, but a military superpower which can easily turn its rivals into a radioactive wasteland in minutes, to suggest Russia should be “decolonized” is exceptionally hypocritical, especially coming from the pillar of (neo)colonialism, the US itself. Since its unfortunate inception, the belligerent imperialist thalassocracy invaded and dismantled numerous countries, reducing them to rubble and turning them into almost perpetually failed states.

After the dismantling of the Soviet Union, the infamous Bush-era Vice President Dick Cheney was seeking to carve up Russia and divide it into several smaller states. In 1997, former Reagan-era US National Security Advisor Zbigniew Brzezinski even published an article in the Foreign Affairs magazine, proposing to create a “loosely confederated Russia — composed of a European Russia, a Siberian Republic, and a Far Eastern Republic.” Thus, once again, this isn’t a new state of affairs. Prominent political figures from the US have been advocating this for decades. The issue is, while they’ve been doing it on a personal basis, not in their capacity as government officials, in this particular case, we have a US government commission openly calling for war, as their blatantly bellicose statements can only be interpreted as such.

Michel, the author whose op-ed inspired the panel discussion, stated that “Russia continues to oversee what is in many ways a traditional European empire, only that instead of colonizing nations and peoples overseas, it instead colonized nations and peoples over land”. He lamented the US failed to use the break-up of the USSR to dismantle Russia itself, complaining Western support for separatist movements in the Russian Federation “did not go far enough”.

“These are colonized nations that we consider to be part of Russia proper, even though, again, these are non-Russian nations themselves that remain colonized by, as we’ve seen yet again, another dictatorship in the Kremlin,” Michel said.

Once again, he insisted that the meeting was not simply about advocating for the “dismemberment and partition” of Russia, but was supposedly motivated by “genuine opposition to colonialism and imperialism”. The very idea Michel supports “genuine opposition to colonialism and imperialism” is deeply comical, as he has spent years smearing the anti-imperialist movement in the US, while ridiculing and (ab)using the term to demonize the governments of Cuba, Venezuela, Nicaragua, and Bolivia, all of which have spent decades fighting off a very real US aggression. Still, Michel brazenly styles himself one of the world’s most vocal supporters of a unique form of “anti-imperialism” that just so happens to advance the interests of the genuinely imperialist political West, in particular the US.

Naturally, none of the participants mentioned anything about the fact the Russian population, although mainly composed of ethnic Russians, still has around 20% of numerous other ethnic (Tatars, Buryats, Kalmyks, Bashkirs, etc) and regional identity (Cossacks) groups, who have been living side-by-side for well over a millennium, that is, several times longer than the US has existed.

Drago Bosnic is an independent geopolitical and military analyst.

Featured image is from The Unz Review

The original source of this article is InfoBrics
Copyright © Drago Bosnic, InfoBrics, 2022