Russian FM reacts to being barred from foreign visit

The actions of NATO states that prevented him from reaching Serbia are “unthinkable,” Sergey Lavrov says 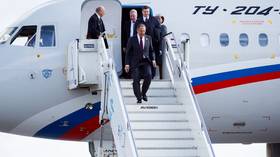 Russian Foreign Minister Sergey Lavrov on Monday slammed NATO and the EU for using the lowest means to pressure other countries. The statement came after Bulgaria, North Macedonia, and Montenegro closed their airspace for the diplomat’s plane heading to Serbia.

“The unthinkable has happened,” Lavrov said on Monday, when asked to comment on the decision taken by Serbia’s neighbors.

The closure of airspace by Sofia, Skopje, and Podgorica amounts to “depriving a sovereign state of the right to carry out its foreign policy,”he pointed out.

“The international activities of Serbia have been blocked, at least for now, in the Russian direction,” the FM added.

“We won’t mince words here, it’s yet another vivid and didactic demonstration of how far NATO and the EU can go in employing the lowest means to pressure those who aren’t guided by their national interest and aren’t ready to sacrifice their principles and dignity for the sake of the rules that the West is imposing as a substitute for international law,” Lavrov said. 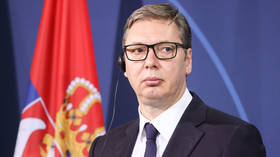 Things are apparently “very bad” in the West if it views the Russian foreign minister’s visit to Serbia as “almost a universal threat,” the diplomat suggested.

The foreign minister also said that his Serbian counterpart, Nikola Selakovic, had been invited to come to Moscow soon, and he hoped the EU wouldn’t hamper him in doing so.

Kremlin press secretary Dmitry Peskov has described the closure of airspace for Lavrov’s plane as “hostile actions towards our country.” However, he added that they could only create some discomfort for Russian diplomacy, but wouldn’t prevent it from doing its job.

Serbian outlet Vechernie Novosti was the first to report on the move by Sofia, Skopje, and Podgorica on Sunday.

It was then confirmed by Russian foreign ministry spokeswoman Maria Zakharova, who told an Italian outlet that “members of the EU and NATO have shut down their air space and shut down another communication channel” with Moscow.

The three countries in question are members of NATO. Bulgaria is also part of the European Union, while North Macedonia and Montenegro are so far only candidates to join the bloc.

The EU has decided to close its airspace for Russian planes as part of sanctions in response to the military operation launched by Moscow in Ukraine in late February. The 27-member union has also been actively supporting Kiev with weapons, aid, and funds during the ongoing conflict. 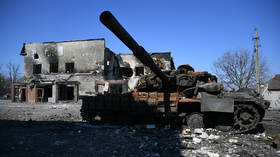 Lavrov was scheduled to visit Serbia, Russia’s main ally in the Balkans, on Monday and Tuesday. According to Serbian Prime Minister Ana Brnabic, President Aleksandar Vucic was personally involved in sorting out the logistics of the Russian foreign minister’s trip. “It’s unbelievable that there’s such a situation in Europe now that a president has to be involved in such things,” Brnabic pointed out.

Vucic is going to address the Serbian nation on Lavrov’s visit later on Monday.

Deputy Speaker of Russia’s Federation Council Konstantin Kosachev expressed hope that Moscow and Belgrade would come up with a “joint and most stiff”reaction to the actions of Bulgaria, North Macedonia, and Montenegro that would include not only diplomatic protests but also practical steps.

It wasn’t an independent move by those three nations, as by “joining NATO they’ve given up on their sovereignty for good,” he insisted, echoing Lavrov’s words. “We’re talking about a NATO-led demarche here, which couldn’t have happened without US involvement,” the senator added.