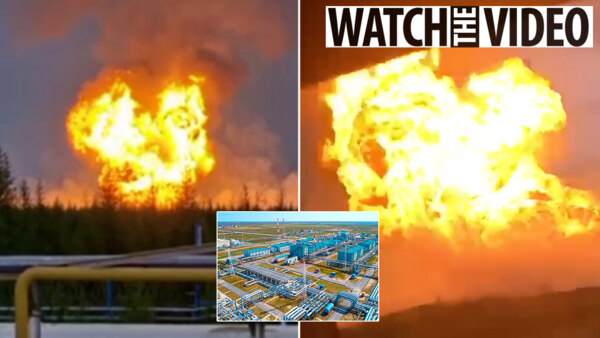 A MYSERTY blaze has broken out at Russia’s largest gas field, sending flames shooting into the air sparking concerns the inferno could hit Europe’s gas supply.

The dramatic moment was caught on camera and showed the country’s Urengoiskoye deposit in the far east engulfed in a giant fireball.

A blaze in a nearby location last year saw gas prices in Europe shoot up by six percent.

They also shied away from explaining what knock-on effect the blaze would have on gas supplies to Europe, which are already high prices and causing economic hardship.

It is the latest in a series of blazes at key Russian installations during the war with Ukraine.