HomeRussia & FSU
The current crisis will be a long one, Dmitry Peskov told NBC News 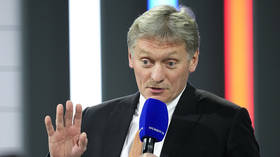 Kremlin spokesman Dmitry Peskov told NBC News on Monday that Russia would “never trust [the] West again.” Amid a historic severing of relations, Peskov is not the only top Russian official ruling out a return to normal.

Telling NBC that the fallout over the Ukraine conflict would “be a long crisis,” Peskov predicted that relations would stay icy for good.

During the hour-long interview, of which NBC has only released short excerpts, Peskov also stated that two American citizens captured fighting for Ukraine in Donbass are considered by Moscow to be “soldiers of fortune,” and will have their fates decided by “a court decision.” 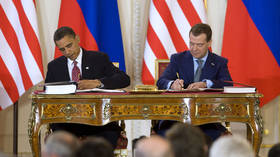 Russia should wait for US to ‘come crawling back’ – Medvedev

Earlier this month, a Donetsk People’s Republic court in Donetsk found three foreign fighters – two British nationals and a Moroccan – guilty of attempting to seize power by force, and sentenced them to death. They have appealed the verdict.

Peskov is not the first Russian official to dismiss an easy return to diplomacy with the West. Dmitry Medvedev, the former president of Russia and current deputy chair of the Russian National Security Council, declared on Monday that Moscow should not push for the extension of a nuclear arms reduction treaty with Washington, saying that American officials “toss only sleaze our way.”

“We don’t have any relationship with the US at the moment. They are at zero degrees Kelvin. And we should not unfreeze them for now,” Medvedev wrote on social media. “Let them come or crawl and beg for it. And they should value it as an act of utmost generosity.”

Following the launch of Russia’s military operation in Ukraine in late February, Western countries have funneled tens of billions of dollars in military aid to Kiev, while targeting Russia with unprecedented economic sanctions, at considerable cost to their own economies.

Amid the mutual expulsion of diplomats and suspension of travel links between Russia and the West, Russian President Vladimir Putin declared last week that the world order has been fundamentally changed, with the old, US-dominated system never to return.

“It is a mistake to suggest that the times of turbulent changes can be waited out and that things will return to normal; that everything will be as it was. It won’t,” he said during a speech at the Saint Petersburg International Economic Forum.

One Response to “Russia will never trust the West again – Kremlin”