Congress to give military more money for ammunition-crucial minerals 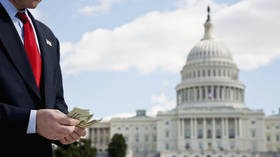 A group of US congressmen from both parties is moving to give the Pentagon even more money in order to replenish the largely depleted stockpile of strategic minerals, alarmed that most of the antimony used by the American defense industry comes from China. The metal is crucial in the production of semiconductors, batteries and ammunition, among other things.

The House Armed Services Committee (HASC) “is concerned about recent geopolitical dynamics with Russia and China and how that could accelerate supply chain disruptions, particularly with antimony,” said a report released on Wednesday.

Antimony is usually combined with lead and tin to make bearings and lead-acid batteries. It is also used in semiconductor devices. Its military applications range from bullets and explosives to night-vision goggles and even nuclear weapons, according to Defense News.

“China is the largest producer of mined and refined antimony and a major source of imports for the United States,” said a 2020 report by the US Geological Survey, noting that there is “no domestic mine for antimony.” 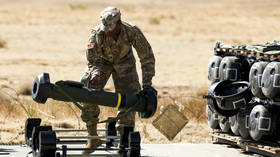 US to run out of Javelin missiles for Ukraine – Bloomberg

The last domestic source of the metal, an Idaho goldmine, stopped operations in 1997. It had been the alternative source of antimony for the US during the Second World War, when hostilities with Japan prevented imports from China.

However, China has recently lost market share to Russia – currently under a US embargo – and nearby Tajikistan.

“Our military should not be dependent on the very adversaries we are preparing to defend ourselves from,” Congressman Scott Franklin (R-Florida) said in April, teaming up with Seth Moulton (D-Massachusetts) to demand an additional $254 million for the National Defense Stockpile.

The stockpile “is no longer capable of covering the Department of Defense’s needs for the vast majority of identified materials in the event of a supply chain disruption,” the lawmakers said in a letter.

As of last year, the government hoard had been reduced to just $888 million worth of rare minerals, mainly because Washington has been selling them off for decades to fund other military programs, according to Defense News. At its heyday in 1952, it was worth as much as $42 billion in 2022 dollars. In addition to antimony, it contains other military-critical minerals such as cobalt, lithium, titanium and tungsten, but Congress is worried it may run out by 2025.

A draft bill currently making its way through HASC would require the Pentagon to give Congress “a five-year outlook of these minerals and current and future supply chain vulnerabilities,” and implement a policy of recycling spent batteries to reclaim “precious metals, rare earth minerals and elements of strategic importance (such as cobalt and lithium) into the supply chain or strategic reserves” of the US.

4 Responses to “Pentagon relies on Russia and China for critical mineral; It took a while for that penny to drop!”