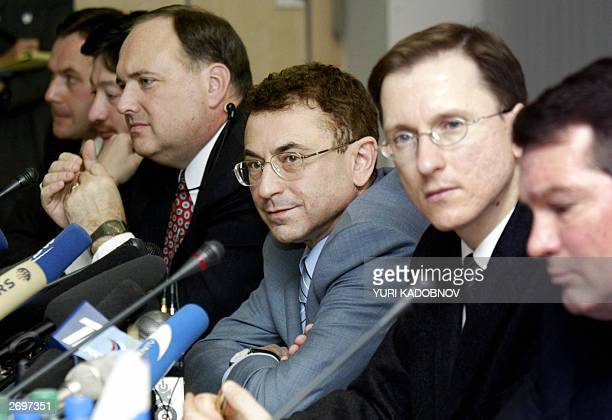 ( Jewish predators. Yukos Board, 2003. Judaism is defined by Cabalism which is Satanic. Cabalism is Communism.)
As an ethnic Jew, it pains me to say that the essence of Cabalist Judaism

& Organized Jewry is to plunder, enslave & exterminate the goyim

and to establish a Satanic dispensation on earth.

Don’t believe me?  Communism and Judaism are identical.

Look at the planks of the Communist Manifesto.   Do they remind you of Agenda 2030?

No private property. The state will own it all- the state being a proxy for the Jewish central bankers who hold its “debt.”.  No marriage. No family. No free speech. No free inquiry and education. They want to steal everything, especially your soul. We cannot understand our situation unless we understand this.

This is what they are doing in Ukraine and what Putin wants to prevent in Russia.

The Ukraine conflict is the biggest challenge to the New World Order since Hitler.

Hitler was false opposition. Hopefully this is not also true of Putin.

Most Jews are dupes and would deny this, just as most goyim would deny that their “leaders” in every field are cowards, traitors & opportunists who advance this cancer for personal gain. After destroying millions of lives with their covid hoax, they’re covering their tracks by starting their third World War.
This BIG PICTURE is required to understand the little picture. Our corrupt ancestors gave control of the banking system, the bloodstream of society, to these psychopaths.  They were given our national credit cards which they have maxed out for their personal gain by instigating phoney wars and pandemics.

1869 Book — Russian Jews Felt Entitled to Goy Property
In pre-revolutionary Russia, Jews followed the Talmudic prescription that Gentile property is a “free-for-all”  for Jews who, for a fee, are pre-authorized by the town council (“The Kahal”) to finagle it.

“The possessions of the goyim are like an ownerless desert,
and everybody [every Jew] who seizes it, has acquired it.” – Babylonian Talmud, IV/3/54b
“Our goal is to gradually absorb the wealth of the world.” – Cecil Rhodes, a Freemason.
Communism was/is simply a mask for the confiscation of Gentile wealth. The same applies to Zionism, a mask for the theft of Palestinian property.
Disclaimer: Why do I, a Jew, spread this information?  Because this is not who I am, nor who my family or Jews I know are. I am the inventor of Scruples, a game based on 1200 moral dilemmas. God is the Moral Order. All human beings have souls capable of hearing the voice of God. Our Duty is to discern Right & Wrong and to Obey. You must be good to feel good.
However, the Masonic Jewish bankers and their Gentile Masonic flunkies are trying to dispossess humanity. It begins by degrading morality and inverting truth and ends in some planetary gulag or nuclear conflagration. I could remain quiet but we were put on earth to serve God. A 1869 book shows that dispossessing Gentiles has always been the agenda of Organized Jewry.
Slightly updated from March 2, 2022

In 1869, Jacob Brafman,  a Jewish convert to Christianity published a book in Russian about the Jewish communal organization, “The Kahal” which suggests that Organized Jewry conspired against the Gentile population.

Luckily, in Nov. 1881, Mme. Z.A. Ragozin published a thorough account of it in “The Century Magazine” ( Vol. 23 Issue I) under the title  “Russian Jews and Gentiles (From a Russian Point of View.)”  (This remarkable essay is online.)

Ragozin was a scholar of ancient Near Eastern history who, in the 1880’s, published a half dozen books on the Chaldeans, Persians, Assyrians etc.

Brafman’s book was based on a thousand internal documents of the Kahal. Its most startling revelation:

The Kahal followed the Talmudic prescription that Gentile property is a “free-for-all” for Jews who, for a fee, are pre-authorized by the town council (“The Kahal”) to finagle it. Obviously a source of anti-Semitism, this may explain the true predatory nature of Communism (and the New World Order)  behind the idealistic-sounding window dressing.

For example, Brafman, whom Jewish historians refer to “an informer,”  explains Jew “X” buys the rights to Gentile “Y”‘s house.

“He has acquired ‘khazaka’ i.e right of ownership over the house of gentile “Y,” in force thereof he is given the exclusive right, guaranteed from interference or competition from other Jews, to get possession of the said house…’by any means whatever.’ 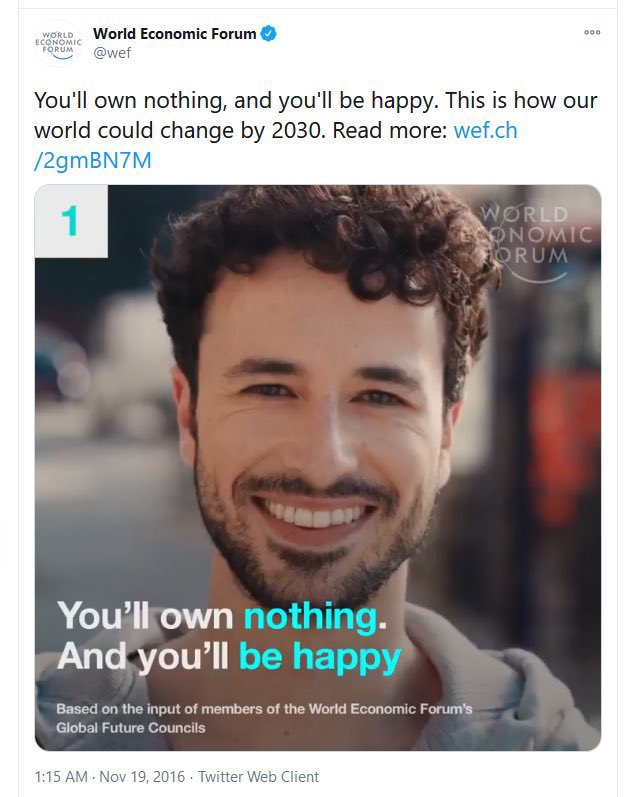 “Until he has finally succeeded in transferring it to his official possession, he alone is entitled to rent that house from its present owner, to trade in it, to lend money to the owner or to other gentiles who may dwell in it — to make profits out of them in any way [that] his ingenuity may suggest….”

The second part may provide a model of how Gentiles were exploited by a Jew.

According to Brafman, the documents “show as clearly as possible in what way and by what means the Jews, notwithstanding their limited rights, have always succeeded in driving alien elements from the towns and boroughs where they have settled, to get into their hands the capital and immovable property in those places, and to get rid of all competition in commerce and trades, as has been the case in the western provinces of Russia, in Poland, Galicia, Romania…”

Selling alcohol and money lending were ways to finagle property. The Jewish vodka dealers would show up at harvest time and sell alcohol to farmers on credit. Before long the drinking habits of the peasants and compound interest combined to transfer the property and future harvests into the vodka dealers hands. (See  E. Michael Jones, “Russian Roulette” Culture Wars, May 2006, p. 24.)

A REVOLUTIONARY WAY OF STEALING

Fifty years after “The Kahal” was published, Christian civilization in Russia was brutally destroyed by the Bolshevik Revolution which was a front for the Illuminati Jewish bankers.  The salient aspects of this revolution, apart from the imposition of a ghastly and depraved police state, was the confiscation of untold Gentile wealth and the slaughter of millions of non-Jews. 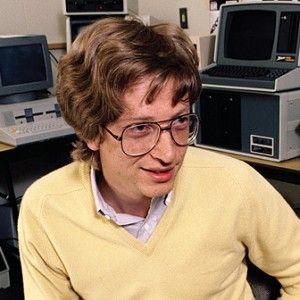 (left, Bill Gates as a young Jew)
This holocaust gets little notice because Illuminati Jews control the mass media and education system using self-righteous and highly-paid dupes of the “neo-con,” “liberal,” “feminist” “socialist” and “Marxist” Jewish stripe to enforce an intellectual tyranny.

The Rothschild front Kuhn Loeb & Co. got a handsome return on their $20 Million financing of the 1917 revolution. In 1921 Lenin gave them $102 million. ( NY Times Aug. 23, 1921.) As well, they may have kept wealth and bank accounts the (Tsar) Romanov’s foolishly entrusted to them.

In addition, Illuminati Jewish bankers took ownership of Russian industry.  German Secret Service documents instructed the Bolsheviks to “destroy the Russian capitalists as far as you please, but it would by no means be possible to permit the destruction of Russian enterprises.”

The German Imperial Bank sent the Bolsheviks in excess of 60 million roubles. In this context, A. N. Field cites Documents 10 and 11 between the bankers and the Bolsheviks: “They give a complete synopsis of the terms on which the German banks after the war were to control Russian industry.” “The Truth About the Slump”(1931) by A.N. Field. (pp.62-72) 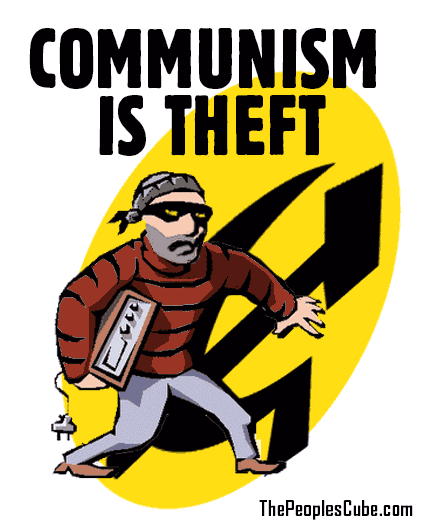 “The first Cheka units set up in every city or town were engaged first and foremost in the extermination of Tsarist bureaucrats, gendarmes and high ranking officers, the families of White Guards and all citizens whose property was valued at 10,000 roubles or more. There were thousands of scientists and engineers who were killed as “exploiters” and about half the country’s doctors were either killed or forced to emigrate.  People were murdered at home, in the streets, and in the cellars of Cheka headquarters irrespective of their age.” (Slava Katamidze,  “Loyal Comrades, Ruthless Killers -The Secret Services of the USSR 1917-1991” p. 14)

Thousands of Christian priests and monks were sent to the Gulag and slaughtered.

“The Church became the target of Bolshevik hostility from the very beginning. Resistance to the confiscation of church properties, especially silver and gold items, was especially fierce…Now priests called on their parishes to resist confiscation, accusing the authorities of pocketing most of the proceeds.” (Katamidze, p. 25)

It is estimated that the Cheka was responsible for at least 20 million deaths, according to courageous Jewish writer Steve Plocker who says the Cheka was led and staffed mainly by Jews.  The Cheka was empowered by  Lenin and Trotsky, who were Illuminati Jews and financed by Illuminati Jewish bankers.

“Many Jews sold their soul to the devil of the Communist revolution and have blood on their hands for eternity,” Plocker writes. “We mustn’t forget that some of the greatest murderers of modern times were Jews.” 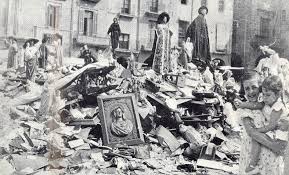 Not to excuse the murderers, many rank-and-file Jewish and non-Jewish Communists truly were duped into thinking Communism represented poor workers, wealth distribution and social justice. Much like today,  Illuminati Jews had brainwashed the flock.  However, other Jews did see through the deception and heroically fought against Communism.

The Illuminati puppet masters work arms-length in order to maintain the illusion that history is unfolding in a random fashion. Thus at various times, Stalin did rebel against his handlers and did persecute their Jewish agents. Many believe Stalin was ultimately murdered when he attempted a final crackdown.

The mirror reverse image of the “Red Terror” was the Nazi persecution of the Jews and confiscation of select Jewish property in the 1930’s. I suspect the Illuminati Jewish bankers were responsible for the rise of the Nazis and benefited by expropriating the wealth of their Jewish competitors. The big German bankers were very involved in the “Aryanization” of Jewish property.

Since the English Revolution, history reflects the gradual process by which mainly Jewish finance and its satanic Gentile allies have used Freemasonry, “revolution” and war to overthrow Christian civilization and replace it with their economic, social, political and cultural hegemony, i.e. “The New World Order.”

I doubt if  Illuminati Jewish bankers have a monopoly on avarice but they certainly have been its best exponents. (Haven’t they converted most of us?)  I suspect the Talmudic spirit (the Chosen People monopolize wealth at the expense of the vast majority who are considered animals) inspired imperialism and still motivates the Illuminati today.

As I have said, the Illuminati Jewish bankers use Jews as pawns and agents. Their partners are Satanists from all ethnic backgrounds who also subvert and betray their own people. Their plan is to disinherit and domesticate (“educate,” social engineer, brainwash) the human race to their purpose.   They are behind  9-11, the “War on Terror” and the wars in Iraq, Afghanistan and Syria. They are the reason the mass media is a joke. They are behind “hate-laws,” feminism, “sexual liberation,” porn, multiculturalism, and diversity –all this is mind control & social engineering. (Ever hear multiculturalism foisted on Israel or China?) They are behind the covid hoax, “gay rights,” transgenders, cancel culture, and BLM.

A cancer is destroying Western civilization. That cancer is the Masonic Jewish central bankers who control money creation and consequently all social institutions. Our “leadership” represents a corrupt occult power within. We can’t even recognize it because our institutions have been subverted.

America today can be compared to Russia before the Revolution. According to W. Schulgin, “the brain of the nation was in [Illuminati] Jewish hands and it became business, as usual, to think in Jewish categories…In spite of all the restrictions, the Jews controlled the mind of the Russian people.” (Jones, Culture Wars, p. 42)

A real Jew (and Christian and Muslim) stands for God and the universal Moral Order. Thus, world government can never be “good for the Jews” no matter what status they might enjoy.

No one will escape Hell-on-Earth.