By Darren Smith, The Light

Nobody knows they’re in a cult until they leave it, but what if the majority of ‘mainstream’ thought and discourse is in fact part of an indoctrination process to get us all to think a certain way? How would you know if everyone was undergoing the same psychological manipulation, and very few people dissented from what is accepted as the norm, that you were actually in a majority cult?

If you are alive and reading this, you know you have been brainwashed to some degree or other. We are all born tabula rasa, not even knowing how to get milk from a teat; everything we know is either via our own senses or from what someone else has taught us. It is vital to note that the quality of that second-hand information is not guaranteed; the history of science teaches us this as fact.

“The individual is handicapped by coming face-to-face with a conspiracy so monstrous he cannot believe it exists,” said J. Edgar Hoover, former Director of the CIA. We are taught from birth to trust in the established authorities and institutions, but what if they were run not for our benefit? What if their purpose is to box our thinking into certain beliefs? The compartmentalisation within every sector and department of both public and private sector means that only those directing the overall policy know exactly what is going on. Everyone else just fulfils their role to the best of their ability, and naturally believes they are contributing to the good of society.

This is also true at universities, mostly now sponsored by Bill Gates and other huge foundations and corporations, where because a chemist knows his science works, he will assume the medical-pharmaceutical guys have their ducks in a row too. But this is a logical fallacy, of which our brains are full – see this month’s centre spread.

Scientific journals are a closed shop, as explained on page 23 – if your results go against the agenda, they simply won’t be published; all information and knowledge are thus tightly controlled. Too many things don’t seem to work as they should – yet ordinary people, who generally get a raw deal from those in power, are persuaded once every four or five years to vote for one of the major political parties who always keep the status quo.

One should again ask why, whennobody likes politicians? Everyone knows they lie, are corrupt, and are self-serving; yet every election their numerous past transgressions are somehow forgotten, and we accept again, like little children, that this time will be different, and their promises to improve things will hold. What else but mass mind control could achieve that?

A good comedian would have a field day with all of this madness, but sadly most of them are of the ‘woke’ variety, pushing the corporate narrative, mocking those  who see the truth, and being very unfunny with it. Like doctors, teachers, musicians and politicians, they have been made afraid for their livelihoods, and can’t see another way to maintain their lifestyle, status and income without supporting the corporate agenda.

Here is the ultimate expression of thought control – self-censorship, the exact opposite of the pure human spirit. Perhaps it is time for all of us to examine where exactly our knowledge about the world has come from, and use wisdom to discern its truth for ourselves, without, as we have been conditioned to, lazily relying on the logical fallacy of ‘appeal to authority’. 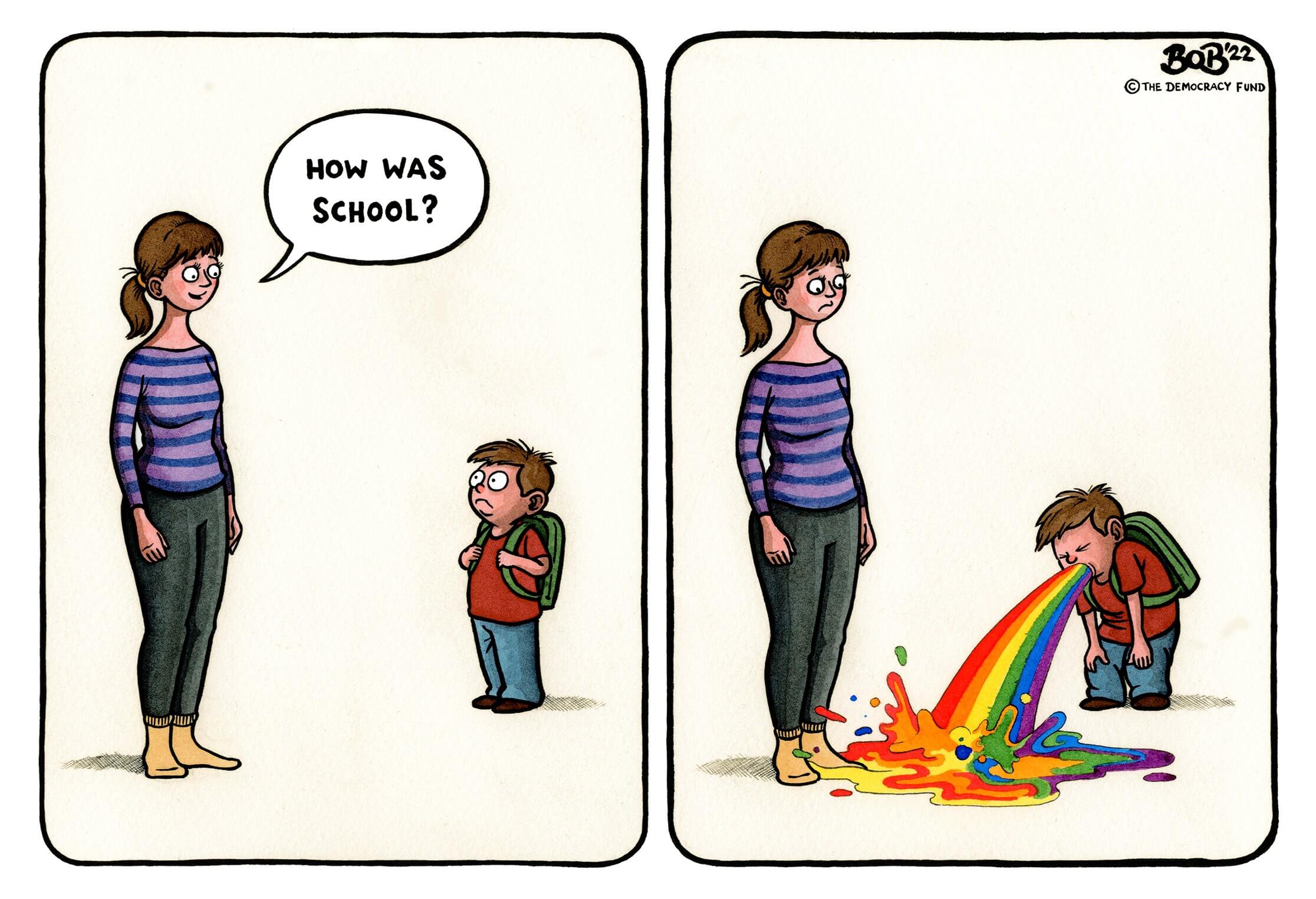