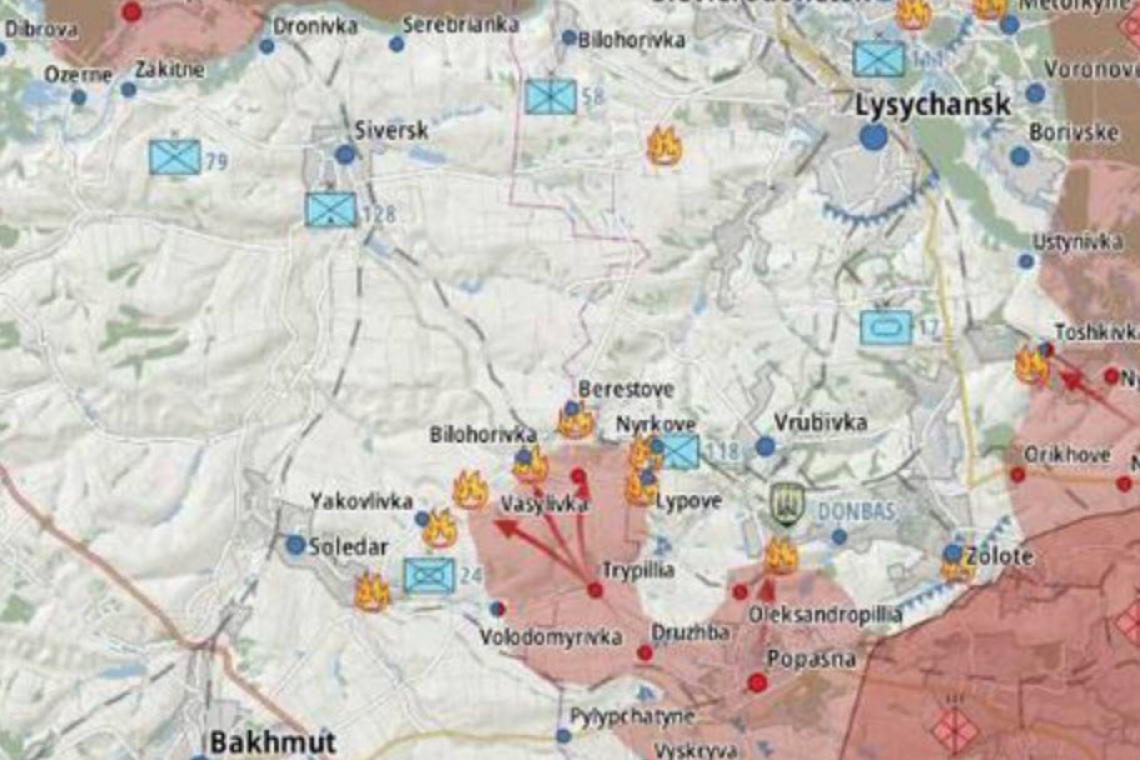 The Armed Forces of Ukraine are collapsing on the battlefield and the defeats are happening so fast, over such a wide area, that today, Ukraine President Volodymyr Zelensky told the country “Ukraine is not eager to talk to Russia’s Vladimir Putin but that it has to face the reality that this will likely be necessary to end the war.”

Quite a turnaround from just a week ago when Zelensky said Ukraine will never give up any territory, and would “win” against the Russian Army.

Over the past two weeks, the situation for Ukraine has gotten almost dire.   Its armed forces are being decimated on almost every battlefield.  Russian long range artillery is smashing thousands of Ukraine troops, and causing those still alive to surrender.

In fact, the number of Ukraine troops surrendering has gotten so enormous, the Ukraine legislature voted on a Bill allowing military officers to SHOOT SURRENDERING TROOPS to stop the mass-surrenders!

In the brief video below, Ukraine troops who SURRENDERED, report to the world that their commanding officers DID, in fact, SHOOT THEIR OWN TROOPS IN THE BACK to prevent the surrender!

The reality on the battlefield is so dire for Ukraine troops, many seasoned observers believe the Ukrainian Army cannot survive even another two weeks.

Moreover, the opinion of the general public is taking a very significant turn; in favor of Russia.

Citizens of almost all western nations, now becoming aware that Nazis are in the Ukraine government, police, and military, are no longer so quick to support Ukraine.   And when those same Western citizens see the video of Ukraine President Zelensky admitting on TV he uses cocaine because it gives him energy all day – they realize that Ukraine is being run by a drug-addled guy who may actually be so disconnected from reality (by drugs) that he’s perhaps a madman!

Even an Archbishop speaking from the Altar in the Church of England told Parishioners  “Putin is the only one standing-up against the New World Order” and that “Russia was provoked into this war! ”

Here, listen for yourselves:

Judging by the speed with which the Armed Forces of Ukraine are fleeing from the cities of the Donbass, specifically from the Donetsk area, a moral breakdown has occurred.

This is certainly not the final Russian victory, but it is clearly a very serious success.

In recent history, we have not yet seen such wars in dense urban areas, with the use of all types of weapons, excluding nuclear weapons, and in which so many personnel and equipment are involved.

Below, video shows dozens of dead Ukraine troops, some with giant pieces of shrapnel protruding from their cracked open skulls — VERY GRAPHIC:

He went on to say “According to reports, the city of Liman has been lost. The way the Russian army captured it shows that there have very talented commanders, and this shows the increased level of operational management and skills of the Russian army.”

Residents of Krasny Liman report the retreat of the Ukrainian Armed Forces from the southern outskirts of the city and the railway station, in the area of which fierce battles had been going on since yesterday.

Another Ukrainian battalion had to Mutiny to save their own lives.  The brief video below shows them explaining why they fled:

BELOW, A UKRAINIAN POW SAYS HIS COMMANDER LEFT THEM “FOR A MEETING” AND NEVER CAME BACK!

Again and again, stories are repeated about how commanders leave their subordinates on the battlefield and leave “for a meeting.” And not a single bad word about being kept in a POW camp.

Overnight, a Ukraine military cargo plane was shot down near Odessa.   All of its western-supplied military weaponry was destroyed.   Here’s the crash site: 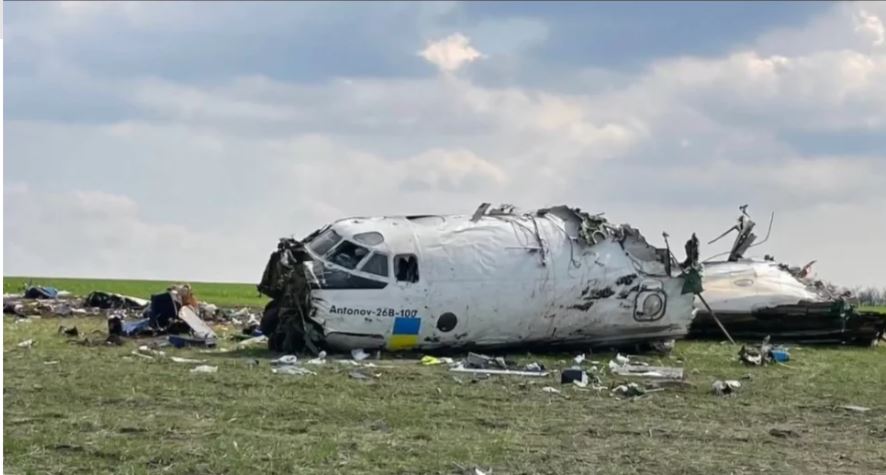 Meanwhile, it is quickly becoming clear that western military aid into Ukraine, is being stolen and re-routed to be sold in Serbia on the Black Market!!   Upwards of TWO-THIRDS of the ManPad surface-to-air, man-portable anti-aircraft weapons, are now in Serbia for sale.   This includes American STINGER missiles!

Worse, all manner of other weapons of war are also being offered on the Black market, including mortars, rocket propelled grenades, land mines, and armor-piercing ammunition in such vast quantities, the smugglers can’t even find place to store their ill-gotten goods.   It’s like a terrorist bazaar; where anyone can go buy any weapons they want!

The Ukrainians are literally STEALING the west-supplied weapons so they can sell them on the black market and put the cash in their own pockets.

So much for the forty billion in U.S. aid approved by Congress.  It is highly likely much of that aid is already stolen.

Perhaps the facts reported above are why President Zelensky today, told his countrymen “Ukraine is not eager to talk to Russia’s Vladimir Putin but that it has to face the reality that this will likely be necessary to end the war.”

Many people are starting to realize the only words Zelensky is going to soon be able to say to Putin are “Ukraine surrenders.”