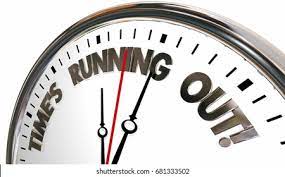 In my video entitled `We Have Eight Months’, published on 9th April 2022, I warned of soaring food prices, mass starvation with hundreds of millions dying, rapidly rising fuel prices, profiteering, inflation soaring past 10% and a developing recession. Some of these things I had forecast over two years ago before.

I suspect that many people thought I was exaggerating.

I wonder if they still feel that way.

Everything I forecast is happening very rapidly.

And politicians and bankers are sitting back doing nothing.

At the Bank of England (where pensioners are getting an 11% rise in their pensions this summer – compared to 3% for those relying on the State pensions) bankers and other staff are allowed to go into work just one day a week.

Every day brings another addition to the crisis but the mainstream media seems still obsessed with two footballers’ wives and a libel case. I wonder how many staff at the BBC have heard of Nero fiddling while Rome burnt.

The latest threat we have to face comes from the World Health Organisation which, as I reported weeks ago, threatens the sovereignty and democracy of every nation.

Governments everywhere are handing over power to the World Health Assembly, which is about to become the proof that the conspirators are planning a World Government. Our new ruler will be the secretary general of the WHO (`advised’, no doubt, by Bill Gates).

The mainstream media has pretty well ignored this story – one of the most important news stories for decades. This story is infinitely more important and more threatening than the Russian invasion of Ukraine.

But we have a champion.

Dr Zac Cox BDS, of the World Doctors’ Alliance, has authorised a legal letter asking for a judicial review of the British Government’s plan to hand over power to the WHO.

You can see Dr Cox’s letter below. Please read it:

Request for an Urgent Review regarding forthcoming WHA agenda item

I am writing on behalf of Dr. R. Zac Cox BDS regarding serious concerns arising from the current proposal for an agenda item on the 75th World Health Assembly (WHA) namely the proposed amendments to the International Health Regulations 2005 (IHR). Proposed agenda item 16.2 (12th April 2022).

75th WHA Agenda Item
It is understood that at the 75th WHA, due to commence on 22nd May 2022 in Geneva, amendments to IHR are proposed by America and these are sponsored by the UK (along with 19 other Member States (MSs)). It is further understood that such amendments will be subject to a vote by MS delegates and almost certainly adopted by each MS in accordance with the IHR and World Health Organisation (WHO) constitution (thereafter being adopted into National legislation in accordance with IHR).

Consequences of WHA agenda item
A direct consequence of the delegation to the WHA delegate at the 75th WHA is to allow adoption of a policy that delegates potential, if not absolute, decision-making authority to WHO Director General (DG) as to decisions for regional and intermediate lockdown measures (which currently only relate to advice for international situations).

As set out below, the harms that can result from such lockdowns are not only far reaching but substantial in terms of financial damage to the country as well as individuals. A large body of experts now consider that lockdown measures are harmful and neither “safe nor effective” all arguments to the contrary notwithstanding.

Constitutional and Human Rights issues
The fundamental human rights protected by the ECHR are clearly of relevance. Furthermore, issues of constitutional change are clearly of the utmost importance and one must do all to ensure that justice is not just done but is seen to be done and that fundamental natural law rights and freedoms are not breached or curtailed/infringed. Proportionality and greater justification of reasons for delegation and use of discretion are clearly essential where constitutional and human rights issues are concerned. Use of discretion and delegation of powers must be as Parliament intended.

Lack of transparency/Public Interest
Public awareness of the powers of WHO, the DG of WHO, IHR, WHA, delegation of voting powers at WHA, the American proposed amendments to IHR, sponsorship by UK of these proposed amendments and the far-reaching nature of these (in the context of Human Rights to a WHO delegate) is negligible if not completely absent.

Public awareness and calls for action to oppose the “Pandemic Treaty” due to concerns of loss of sovereignty to WHO have begun (see for example https://petition.parliament.uk/petitions/614335 – The WHO is currently preparing an international agreement on pandemic prevention, preparedness and response.

We believe the public must be furnished with the full ramifications of what and how any pandemic treaty could affect them, and be given a public vote on whether the UK should sign up, before the UK Government signs up to this) when the commencement date is in fact not until 2024 but the proposed amendments to the IHR are not within general public knowledge despite the imminent WHA this month in May 2022 and the likely adoption of the proposed amendments at the 75th WHA which result in more far reaching outcome than the Pandemic Treaty.

Urgent request for review
This letter should be considered as a request for an immediate/urgent review to the decision not to publicise, obtain parliamentary scrutiny and or public consultation of the agenda item before it’s adoption/discussion at the 75th WHA starting on 22nd May 2022. Such review to be made with reference to the material and information contained in this letter and/or an indication that knowledge of this government decision to delegate consideration of amendments to IHR is deemed appropriate when such far reaching harms could result from the amendments if adopted (without public awareness of the significance, without parliamentary scrutiny and without public consultation).

In light of the high-profile Brexit decisions and related government claim of maintaining sovereignty, such delegation of powers to DG of WHO (and delegation of such decision making for amendments to a WHA delegates) giving powers with far reaching consequences by way of amending international regulations seems to be incompatible and potentially inadvertent/unwitting oxymoron.

The lawfulness of the proposed amendments to IHR appears to be questionable and the delegation of adopting such amendments equally so (given their far reaching potential constitutional effect and the lack of public awareness and/or parliamentary scrutiny).

By way of an example of the effect of adoption of the proposed amendments:

DG can listen to another Member State (MS) to give information (not requiring evidence) no matter their motive which could cause harm (financial) to UK, DG acts on this information, recommends lockdown in UK causing financial harm in UK and HR issues to UK nationals (incompatible with “the Convention Rights’: eg Article 5,8,9,10,11,14, and Protocol 1, Article 2: Right to education).

Please consider, therefore, a review of UK sponsorship and inclusion as an agenda issue in light of the following:-

– Whether a failure to now review sponsorship of such a constitutional matter is either ultra vires and or Wednesbury unreasonable especially given the delegation aspect and the complete lack of transparency of the regulations, amendments and delegation of decision making as well as the resulting delegation of power and therefore sovereignty.

– Whether it is an abuse of, or unlawful use of, or improper purpose of use of discretion- i.e. improper delegation to a currently unknown WHO delegate and where it is unknown if relevant considerations have been applied and irrelevant ones discounted and or what the real purpose the discretion was used for (especially in light of the complete lack of transparency and potential dangerousness of delegation of sovereign powers hidden within wording of discrete secondary legislation).

-Whether there are concerns of irrationality- namely the decision to sponsor and delegate such a decision to WHA – namely is it Wednesbury unreasonable given the far reaching nature. The principle of proportionality being applicable given the human rights and constitutional issues.

– Whether there is potential procedural impropriety- namely failure to comply with (i) constitutional procedures (ii) legitimate expectations re constitutional/ sovereignty issues re delegated decision on regional and intermediate lockdowns etc to Director-General (DG) of WHO (iii) general duty to act fairly- natural justice and justice being seen to be done.

– whether such amendments with far reaching consequences should be subject to public consultation and parliamentary scrutiny.

– whether it is appropriate to remove the proposed amendments from being a WHA agenda item at 75th WHA May 2022.

– whether the WHO can be deemed an organisation suitable to be given sovereign powers by virtue of the proposed amendments (especially in view of the controversial private funded nature of the organisation since 2005 including Bill and Melinda Gates Foundation (a larger contribution than even the United States government) and also include donors who profit from lockdown measure such as AstraZeneca, Bayer, Pfizer, Johnson & Johnson, and Merck.).

My Client is informed by the latest available data and analysis on lockdown measures.

• In the recent report/review published by John Hopkins Institute for Applied Economics, Global Health, and Study of Business Enterprise, Jonas Herby, Lars Jonung, and Steve H. Hanke concluded that an analysis of each of these three groups support the conclusion that lockdowns have had little to no effect on COVID-19 mortality. More specifically, stringency index studies find that lockdowns in Europe and the United States only reduced COVID-19 mortality by 0.2% on average.

It would be helpful to understand government’s position so that action can be considered within the tight Judicial Review timescales and given the pending 75th WHA due to start on 22nd May 2022, and you are therefore asked to provide written confirmation of the following by 5pm on Friday 13th May 2022:

1. The fact that a review with the above information has been carried out and the outcome and reasons and/or reasons for failure to review;
2. The name and contact details for the UK delegate for the 75th WHA 2022 expected to deal with the proposed amendments to the IHR together with a list of delegates for the other 193 MS;
3. Answers to requests for information (1) – (6) inc. above.

Should a satisfactory response not be received, and should an acceptable outcome not be reached by 5pm 13th May 2022, it is anticipated that one or more of the following actions (but not limited to the same) will be taken (whether by an individual application or proposed group standing action) in seeking to protect fundamental constitutional rights:

and/or prohibiting UK Sponsorship to continue pre transparency eg parliamentary scrutiny and public consultation;
• JR request for a declaration: ultra vires and or Wednesbury unreasonable and or procedurally improper;
• JR request for a mandatory order that such far reaching amendments have to be subject to transparency, public consultation and parliamentary scrutiny/ order prohibiting inclusion of the proposed amendments on the WHA agenda.

You will appreciate that time is of the essence in this matter and as such we look forward to hearing from you as soon as possible and within 7 days at the latest (5pm 13th May 2022).

Please note that my Client intends to make this letter public because he considers it to be an urgent matter of the utmost public importance.

Dr Cox’s letter is one of the most important documents since Magna Carta. It is vital for our future that the Government is forced to reply. There have been a good many pointless legal challenges in the last two years. But this one is crucial.

If governments have their way we will soon be slaves – forced, without the option, to follow orders from the dangerous people at the World Health Organisation who have, for the last two years, appeared to follow instructions from the evil conspirators eager to take over the world.

3 Responses to “The Clock is Ticking Loudly”