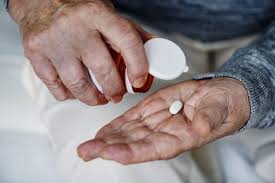 A good friend recently sent me a copy of a paper published in Psychology Today and written by someone called Christopher Lane. Mr Lane begins his paper with this quote from a psychiatrist and four colleagues: `More than 92 million benzodiazepine prescriptions are yearly dispensed in the US yet little is known about the experiences of those taking them.’

These words infuriated me. How can these people not know the history of these drugs?

Here’s an extract from my recent book `The Benzos Story’ which is available as a paperback.

`In 1975 my first book, `The Medicine Men was published. Here is what I wrote about tranquillisers in the benzodiazepine group (drugs such as diazepam and lorazepam):

`There is little doubt that many of the least necessary prescriptions are for psychotropic drugs. Something like 17% of all prescriptions signed in America in 1970 were for psychotropic drugs, and in the United Kingdom the figure for the same year was nearer to 19 per cent. The percentage seems to be rising annually and there is little doubt that psychotropic drugs are becoming increasingly popular. The total cost of the 47 million prescriptions handed out for psychotropic drugs in England and Wales in 1970 was over £20 million. It has been estimated that over 3,000 million psychotropic tablets are dispensed every year in England and Wales. The market for these drugs, given for the sole purpose of helping patients who are anxious or depressed or who are unable to get to sleep at night, is so enormous and is growing so rapidly that almost every manufacturer of drugs in the world produces its share of psychotropic drugs. People who insist that they would not normally take tablets of any kind and who condemn those who take cannabis or alcohol, happily take psychotropics, with the result that the world’s biggest addiction problem is not teenagers taking hash but middle-agers taking sedatives. People in responsible positions, outwardly well-adjusted and in control, live on regular daily doses of drugs designed to help them cope with their problems. Journalists, bus conductors, housewives, school teachers all swallow their capsules three times a day without regret. It has been said that if all the people on psychotropics were banned from driving or operating machinery, the world’s economy would collapse. The tranquilliser is replacing tobacco. It will perhaps give us an even bigger problem. It may prove even more dangerous. Already Valium is said to be taken by 14% of the population in Britain, 17% in Belgium and France, 15% in Denmark, 10% in Italy and Spain, 14% in Germany and 10% in America.’

`The habit usually starts insidiously. The patient may have a good excuse for taking a few tablets. A close friend or relative had died or there is a rush on at work. And the doctor finds it difficult to refuse a request for a little help. Both patient and doctor forget that depression and anxiety are normal, healthy human emotions. The drugs which people take to relieve their pressures vary. If he is young the addict may take drugs from a pusher. If he is older he may take drugs from a medical adviser.’

`We can, of course, delegate some of the blame for this absurd and sad state of affairs. There are some people who make money out of dissatisfaction and unhappiness and whose business it is to convince us all that we are unhappy. Many advertising campaigns are aimed at exploiting man’s tendency to feel insecure. His ordinary healthy worries are strengthened and exaggerated by advertisements which point out to him that he will not smell right if he does not use the right soap, that he will fall ill if he does not eat the right make of food and that he will lose respect if he does not wear the right clothes or drive the correct car.

`When the unhappy consumer goes to see his doctor, he sees a man who has been pressured into believing that anxiety and depression are pathological. The manufacturers of anxiolytics and anti-depressants have to sell their wares to the doctors who can prescribe them. So a great deal of research is published to show that people who are anxious or depressed should be treated with medicines of one kind or another. As a result it is very difficult for a doctor to turn a patient away without pharmacological help.’

Over the next few years I wrote dozens of newspaper and magazine articles and columns on the subject of benzodiazepine tranquillisers. I spoke about the problem frequently on television and on the radio.

In an article entitled `Life in Tablet Form’ which appeared in the Daily Telegraph Magazine in 1976 I wrote angrily about the `overpopulated Slough of Despond.

In my third book `Stress Control, which was first published in 1978, I pointed out that doctors were handing out 75 million prescriptions a year for tranquillisers and sedatives and similar drugs – a fifth of all the prescriptions signed.

And in an article published in the Daily Telegraph in 1978 I pointed out that many shoppers taking tranquillisers were being arrested for shoplifting.

The battle was not an easy one. On many occasions I found myself battling against patients who firmly believed that the benzodiazepine tranquillisers were important, useful and safe.

For example, in 1982 I wrote a piece for the Daily Telegraph in which I pointed out the withdrawal symptoms associated with the benzodiazepines and suggested that there was already much solid research available `to show that the symptoms of anxiety can be conquered by such simple, safe and uncomplicated solutions as relaxation therapy, meditation and daydreaming.’

`These,’ I wrote, `are the answers of the future.’

Another writer working for the Daily Telegraph did not agree with me. `It’s about time someone said something in favour of Valium and similar drugs,’ said Muriel King. `Over the past few years there has been an insidious campaign to discourage patients taking medicine of this type from requesting repeat prescriptions, and even refusal of such requests.’

`It really is unfair,’ Ms King went on. `The Valium group of drugs are a source of immense comfort to many people. Without them, the quality of their lives would plummet – if any sort of life were possible at all.’

At times I despaired. Too often I found myself facing criticism from all quarters – drug companies, doctors and patients.

But by now I wasn’t fighting alone. Others had begun to notice that the benzodiazepines were not just addictive – but that they also caused a wide range of damaging and uncomfortable symptoms. There was widespread agreement that patients taking the drugs often suffered from depression, anxiety and sleeplessness – ironically the three symptoms for which the pills were most commonly prescribed.

In 1982 patients started forming Tranx groups to help one another beat their addictions. (Later, in 1984, the BBC’s `Thats Life’ television programme commissioned a survey of viewers’ attitudes and experiences of tranquillisers.) By now I was regularly getting letters from patients asking for advice and information about the problems produced by the benzodiazepines and wanting to know how they could `kick’ the drug taking habit.

In 1982 I decided that I would write a book telling readers the truth about these drugs – and explaining the side effects associated with the drugs. I thought it was about time I attempted to summarise the information and experience I had collected over the years.

I wrote a book called `Life Without Tranquillisers’ in which I not only described the evidence that existed but also provided patients with advice on how best they could `kick’ the tranquilliser habit.

Eventually the book was published in 1985.

The response was extraordinary. The book went straight into the bestseller lists (I later learned that the publisher had been so surprised that she had rung the `Sunday Times’ to find out why the book was in their top ten bestselling books. `Because it’s selling so many copies’ was their wonderfully simple answer). The amount of mail I was getting from tranquilliser victims suddenly started to increase dramatically. In a single month I received well over 6,000 letters from tranquilliser users.

And then in 1988, the British Government changed the rules about the benzodiazepines.

On 1st March, 1988 at the 28th sitting of Standing Committee A on the “Health and Medicines Bill” at the House of Commons, the Minister, Mrs Edwina Currie, replying to questions about lorazepam said: “We have taken action because I have been worried about the problem. Dr Vernon Coleman’s articles, to which I refer with approval, raised concern about these important matters, and I sent them on to the appropriate bodies. I do not agree with everything that Dr Coleman says, but much of it is good plain common sense. I always read his column with the greatest interest.”

`The Benzos Story’ is available as a paperback.