Martin believes  Fidelito, the Canadian government and University of British Columbia have a financial interest in the “vaccine” bio weapon.

Martin says Canada was involved in illegal “gain of function” research in order to perfect a genocidal virus and bio-weapon mislabelled a “vaccine.” He says COVID is “premeditated murder” except the murderers are wearing lab coats. If they wore hoodies, we’d know them for whom they are– terrorists and racketeers, not doctors. He is bringing charges against government and health officials.  His web site is  http://prosecutenow.com/
Address for above video-—https://www.bitchute.com/video/yMNHyOZCp6bn/
Trudeau’s foundation owns 40% of Acuitas Therapeutics which makes mechanic lipids for Pfizer.

–
Dr. David Martin, “Most people would be shocked to find out that when you have the PM of Canada telling the world that the only way to return to a ‘new normal’ is through the vaccine…what Justin Trudeau did not tell the public was that he had a financial stake in the outcome of that being the selected pathway forward.”

Canada’s Arbutus [Biopharma] and Acuitas [Therapeutics Company] were derived from research at the University of British Columbia which developed the lipid nano particles that make the mRNA work,” summarises Dr. Martin.

Those companies both received the research from the Canadian government, according to public records. Dr. Martin adds, “Without Canada and this delivery technology, there is no injection.”

“Canada gets paid for every shot,” Dr. Martin says in his interview below.

Dr. David Martin lays out Trudeau’s crimes in this interview. 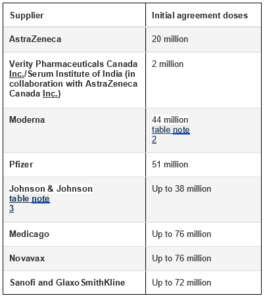 CBC News made that report, which is believable as the initial orders from the government’s own database –since increased significantly–showed 379 million ‘jabs’ contracted for purchase early last year. For the Democrats and Marxists who can’t do math, that’s more than 10 shots per Canadian.

The Royal Commission’s first question for you, Fidelito:

Why would you order 400 million jabs when Canada has only 38 million people–unless you and your comrades are making big bank on the deal?

The question answers itself.  Fidelito and crew are getting rich pushing a poison that has now killed more than it allegedly saved in many places.

https://news.ntd.com/more-die-after-vaccination-than-from-covid-19-in-taiwan_688004.html
Worse than this crime of malfeasance by the cabal is their criminal neglect and misfeasance of not allowing proven cures and therapeutics to save lives. They knew back in 2005–but lied–and people died. Take a look at Tony Fauci’s report from back then, “Chloroquine is a potent inhibitor of SARS coronavirus infection and spread.”

And that is precisely what they did in the Wuhan Lab in China.  You know the rest of that story–you’ve lived it. 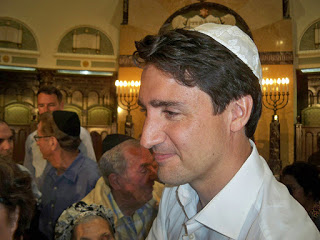 (His father was Jewish)

Time to bring Fidelito and crew to task for these crimes against humanity.

While the sentence should be death by hanging like Nuremberg 1.0, perhaps we make an exception for this man and give him his 10 ‘vaccines’.

That will destroy his immune system, which was their long-term plan, and a case of the sniffles can take him out, saving the nation some rope.

There’s an unconfirmed rumor that the Trudeau Foundation owns, through both direct ownership of shares and indirect ownership through shell companies, a 40% stake of the British Columbia-based Acuitas Therapeutics.

Acuitas is the biotech firm contracting with Pfizer BioNTech and with Moderna to provide the Lipid Nanoparticle Delivery System in the death shot that encapsulates the mRNA and allows it to sneak past your innate immune system and to fool your body into manufacturing the spike proteins that give you Vaccine Acquired Immunodeficiency Syndrome (VAIDS), etc.

Trudeau’s purchase, via the Canadian government of 400 million doses of the vaxx is ten times more doses than there are Canadian people. And I believe that the plan is to buy at least another 600 million doses!

If it’s true, that Trudeau controls 40% of Acuitas shares, then the Canadian prime minister is engaged in a criminal conspiracy to defraud Canadians, using their own tax dollars to kill them off and to enrich himself; becoming a billionaire while he genocides his own people.

One wonders if Trudeau’s “state of emergency” would limit an investigation into his financial gains from Acuitas and other pharma stocks through the Trudeau Foundation?

Dr Robert Malone, Edward Dowd and others have publicly referred to this Trudeau Foundation rumor but David Martin explains here that Acuitas isn’t even allowed to be licensing this technology.

He says Acuitas a few years ago was just one disgruntled guy being sued by his former partners at Arbutus BioPharm over a trade secret and the misappropriation of licenses – but yet, Acuitas went ahead and entered into deals with Pfizer-BioNTech and Moderna.

David says, “There’s a whole lot of things about this that are wrong but the long and short of it is, regardless of how this soap opera plays out…the point doesn’t change: Trudeau is presiding over an illegal monopoly. He is allowing two competitors to price-fix an extortion on the world and that’s an illegal thing to do, no matter who owns what.”

This is the most jaw-dropping, truth bomb-laden David Martin interview I’ve ever seen, by Australian independent journalist, Maria Zeee.

The Canadian government is using the truckers’ protest to invoke emergency laws to seize bank accounts and cryptocurrency wallets, which is exactly the “new normal” that the vaccine passport and the Great Reset are truly all about.

He gets into what he believes is next, which is a massive electronic and communications shutdown from an EMP weapon wielded from a hypersonic drone.

There’s a lot more here, all of it very mind-blowing.

Trudeau recently sold the mRNA licensed patents of the Vaccine to China for $500 Million USD.

Trudeau is/was the actual owner of the company (CPTH), so Trudeau made the $500 M.

But Trudeau also licensed this technology to Moderna & Pfizer (MONOPOLY CANADA ONLY) but also to the entire world, a deal exceeding $100 BILLION USD