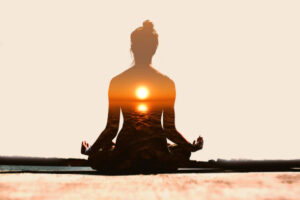 Every living thing has a unique DNA, which is its genetic code. DNA is a double strand that contains all the instructions which an organism needs to develop, live and reproduce.

The code is so precise that no two humans, plants, animals, etc., are created exactly the same.

The DNA in the organism connects with the energy of life, to provide conscious awareness and a cycle of renewal.

Corporations are entirely different, they are artificial and an unnatural creation. They do not have a soul to provide empathy for the principles of life. Provided with unlimited finance, some corporations have evolved to become much bigger and more powerful than entire countries. The World Economic Forum (WEF) functions as the head of these soulless corporate serpents.

The WEF affiliation of corporations have developed an agenda to engineer our human DNA and create a trans-human race by the year 2030, where people will be happy and they will own nothing. Currency to provide a universal basic income, will be an allotted digital wallet. Farming on the land and sea will cease and people will live in smart cities, where a diet of artificial foods and edible bugs are produced.

Artificial intelligence based on 5G and 6G technology, will provide a meta-verse of cyber reality, where individuals interface with a corporate controlled internet of bodies!

Over a period of two years using a corrupt PCR test, a pandemic of fear has been engineered that benefited affiliated WEF multinational corporations at the expense of small family business. Political leaders affiliated with the WEF imposed totalitarian mandates. Corporations affiliated with the WEF, provided censorship and instituted a digital tracking system based on a virus that according to the WHO’s statistics, has proven to be no more deadly for the majority of the population than the annual flu!

The four horsemen that engineer the end of human existence are pestilence, war, famine and death. It is no surprise that a further potentially devastating war to benefit the WEF affiliated corporate military industrial complex, was engineered between two countries that supply 30%/40% of the world’s grain, 70% of the worlds fertilizer and enormous energy supplies!

Of even more grave concern is the objective behind the corrupt PCR test being used to engineer a bird flu pandemic, which will potentially result in the total elimination of poultry and fresh farm eggs as a food source. Perhaps coincidentally based on a contrived concern about carbon emissions, the UN under agenda 2030 plans the elimination of cattle as a food source. These plus an engineered swine flu pandemic, a sheep flu pandemic and a fish flu pandemic, would devastate farming. People would be forced to live and work in cities, food resources would be rationed and edible bugs offered as a dietary supplement!

It would inevitably entail a WEF corporate controlled blockchain that contains a person’s QR code, a copy of their injection health pass and social credits. The central bank digital currency, would be implemented for track and trace.

At that juncture, the game will be over for Homo sapiens and the human race!

Prosperity does not need to have a corporate controlled bureaucracy founded on economic, or social theories! We have a naturally prolific ecology; the social role of the family; and refined golden economics; to provide the world with sustainable perfection!

The laws of the Universe are absolute, self sufficient and objective, they should never be subjected to human decisions or conventions!

Engineering by corporations does not provide anything of substantial benefit for the human race, engineering destroys the natural cycle and creates insurmountable problems.

If the destiny of the human race is live a tranquil and very beautiful life of liberty, fraternity and equality.

To explore further knowledge that will help to shape the evolution of human consciousness, check out www.purposeofscience.com