Finally, lest you think this indicates the fake war in Ukraine is just a front for squabbling between Russian,
Ukraine, and US oligarchs, I think even that is saying too much.

These oligarchs aren’t squabbling at all. It is a
continuation of the east-west alliance we have seen since WWII,

and this whole thing is manufactured to benefit
both sides, as usual.

Not only does it benefit military contractors east and west, it draws eyes off the
international pharmaceutical companies and their paid henchman worldwide in government and media, who are
all complicit in the ongoing crime against humanity.

It allows a continued acceleration of the general rape of the
taxpayer, through rising prices, bailouts, and stratospheric new debt. 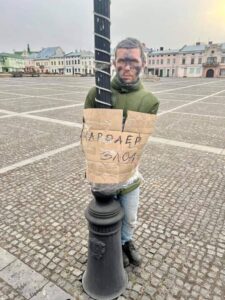 One Response to “The real war agenda”