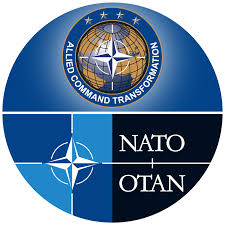 ← “On December 21, Russian Defense Minister Sergey Shoigu said that the presence of more than 120 members of private US military companies had been identified in the villages of Avdeyevka and Priazovskoye…and containers with unknown chemical compounds had been delivered to the village of Avdeyevka and Krasny Liman for staging provocations.”

NATO on Russia’s border since 1999

While the globalist forces (in the name of NATO) have been using Ukraine as a staging ground for the Great Reset as they prepare to assume authority for the future of the world,  Russia has been fending off an existential crisis created by those same malicious forces since 1999.  The US promise to Gorbachev in 1990 that NATO would not move any closer to the Russian border has always been a red flag and that pledge was almost immediately revoked as the West made its move to encompass the totality of Russia’s western border.

With its infinite patience, Russia has tolerated NATO’s overly aggressive behavior for the last two decades without crying foul –  until its survival is now gravely threatened.

NATO strategy, with the US as its ring leader, remains committed to containing, curtailing and/or isolating Russia on the world stage; as if Vladimir Putin who has been President of Russia since 2000, is personally responsible for Russia as an independent political force that refuses to be subservient to NATO.    They would be correct that Putin re-built Russia from the wreckage of the Soviet Union into a respected international powerhouse with significant nuclear capability.    By virtue of becoming President of Russia, the West has always seen Putin as representing a brazen threat to the West’s geopolitical interests and goals, with the added complication of his relationship with China.

As the sole defendant on the stage of international drama, daring to challenge the once-dominant hegemony of the West, there was no fair deal to be had for Russia as the military objective of protecting its border from NATO’s presence.  The eight years since the 2014 coup of constant shelling attacks, violent assaults and sabotage in eastern Ukraine became the ‘final straw’ of abuse and exploitation that Russia has endured with efforts to resolve being ignored with contempt.

Formed in 1949, NATO was formed specifically to respond to Russian military advances while the exact opposite has occurred.  As Russia is today accused of having initiated an invasion rather than a defense protecting its own sovereignty, NATO member nations were recruited to abut Russia’s border, to directly intimidate and threaten Russia with a tight-knit, well armed military alliance sitting on its front door.

Out of its current thirty NATO member nations who represent a mere 12% of the world’s population, thirteen are from what was once referred to as the ‘eastern bloc.’  Five of those nations have made ultra-aggressive moves to include military troops and sophisticated NATO military equipment and armaments.

By 1999, Poland, Chechia and Hungary joined NATO and between 2004 and 2020 almost all of the remaining eastern bloc countries joined as Bulgaria, Estonia, Latvia, Lithuania, Slovakia, Slovenia, Albania, Croatia, Montenegro and North Macedonia became members of NATO.  Today the majority of those nations totally flank the length of the entire western Russian border as this map illustrates the immediate danger from its neighbors.  Most recently, Hungary has signed a ‘decree’ to allow deployment of NATO troops west of the Danube River as well as use of its airspace.

These five countries have added an incomparable threat by acquiescing to NATO to test the sovereignty of their countries and allow them to be militarized as if waiting for an imminent war with Russia:

As Belarus and Moldova have both fended off regime change attempts while the Ukraine, Georgia and Armenia have all succumbed.  Moldova has rejected NATO membership and Belarus has rejected NATO ballistic missiles.  Kalingrad, Russia’s only ice-free port on the Black Sea, remains independent but is surrounded by NATO.

For the last two decades, NATO with US support have tightened the noose around Russia with Ukraine identified in 2014 for a unique front row seat across the Azov Sea to contribute its country to those same menacing coercions.   You can bet your bottom dollar (as long as they exist) that the leader of every European NATO member nation, which would be ultra vulnerable to a full scale European war, is fully aware of the looming threat that its membership in NATO has created.  There can be little doubt that the majority of dumb-asses in the US Congress have no clue as to the implications of the entire debacle as all parties still refuse to recognize Russia’s legitimate security concerns.

A Question Remains:   Why would all those former eastern bloc countries sign up with NATO a decade  after the collapse of the Soviet Union when the old communist regime had been removed as NATO revealed its true agenda  – that is to put a lock on Russia’s border with an ominous military presence and to test Putin’s resolve.

There can be no doubt, no misunderstanding as to NATO’s intentions with a clearly coordinated determined effort over the years to challenge Russia’s very existence.

To be clear, every leader of those former Soviet Union satellite countries knows exactly how the game is being played and are willing to fall in line as NATO and the US cronies, all sponsored by the World Economic Forum, continue to reinvent the truth and bring war potentially within their own borders.

Renee Parsons served on the ACLU’s Florida State Board of Directors and as president of the ACLU Treasure Coast Chapter. She has been an elected public official in Colorado, staff in the Office of the Colorado State Public Defender, an environmental lobbyist for Friends of the Earth and a staff member of the US House of Representatives in Washington DC. She can be found at reneedove3@yahoo.com.