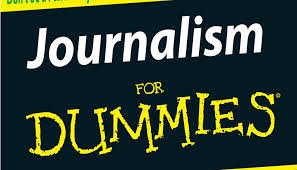 Town Halls all over the UK are flying the Ukraine flag, as mainstream journalists encourage everyone to think about the war in Ukraine.

Looking at the news you’d think that Ukraine was the only trouble spot in the world.

But you’d be wrong.

Here are some facts that no other journalist in the UK appears to know.

Fact 2
According to the United Nations, the seven-year-old war in Yemen had killed an estimated 377,000 people by the end of 2021 – and is now killing more people than the fighting in Ukraine. The Yemen war has been described as the largest humanitarian crisis in the world. The Saudis have interfered in what was basically a civil war.

Fact 3
The war in Syria has now been going on for ten years and the number of people killed is believed to be 610,000

Why isn’t your town hall flying flags in support of the people of Yemen and Syria?

The answer, of course, is that the invasion of Ukraine was organised and manipulated by the conspirators in the West to help push the energy and food shortages required for the Great Reset and the New World Order that they have planned for us.

So, I’d be grateful if readers would share this information on their social media channels.

Maybe a mainstream journalist will read it.

And wonder what the hell is going on.

Vernon Coleman’s book `Endgame’ explains our past, our present and our future in 281 pages. `Endgame’ is available as a paperback, a hardback and an eBook.
https://www.vernoncoleman.com/main.htm