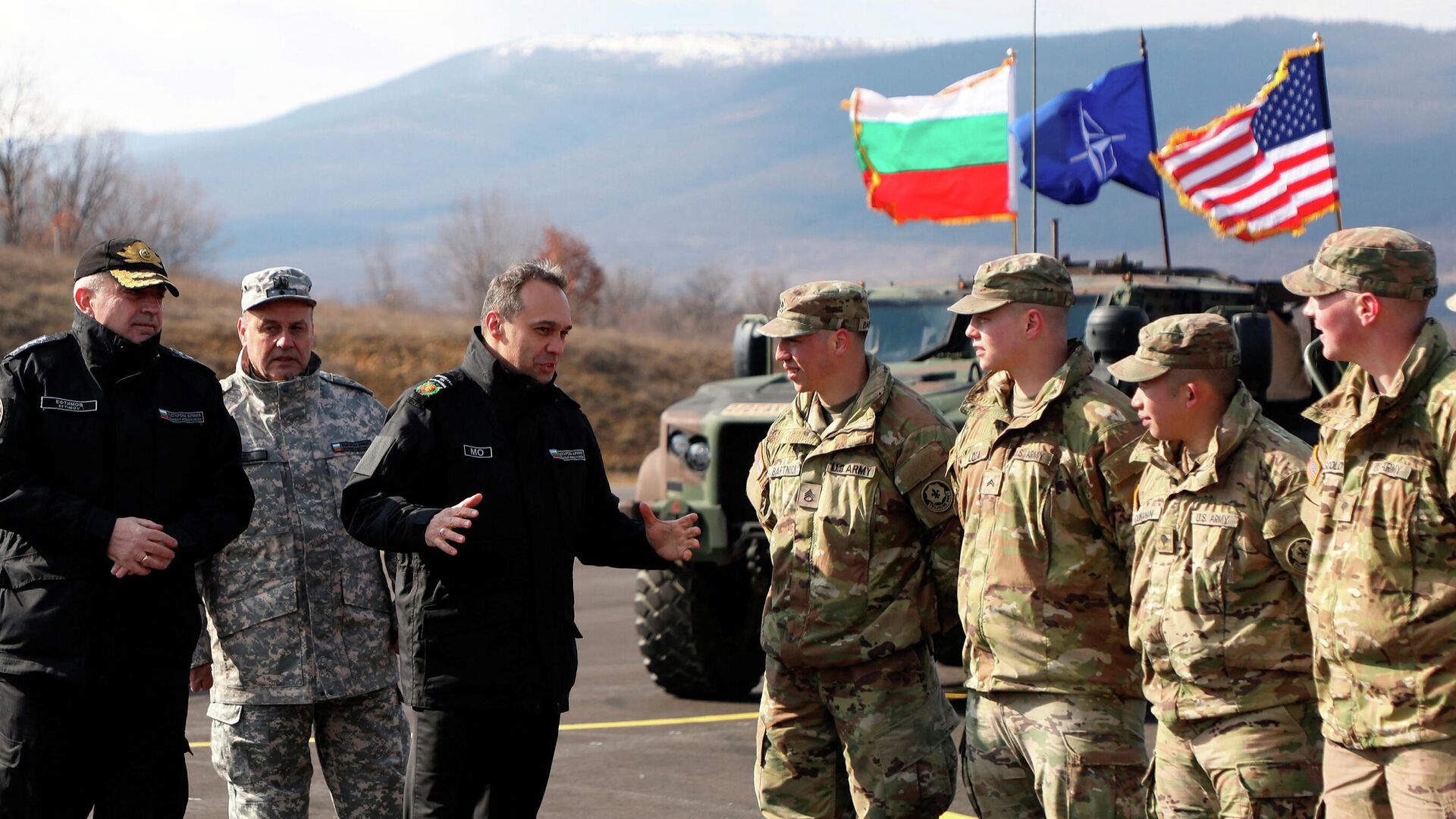 Asya Geydarova
Editor
All materialsWrite to the author
US Secretary of Defense Lloyd Austin traveled to Bulgaria on Saturday, where he met with Prime Minister Kiril Petkov to discuss the Ukrainian crisis and apparently asked Sofia to provide military aid to Kiev. The Bulgarian PM said no.
Bulgarian citizens rallied on Saturday against giving its “few remaining weapons” to Ukraine and demanded the withdrawal of NATO from the country.
Demonstrators gathered in front of the Bulgarian Ministry of Defense, where Austin and Petkov met for a joint press conference, waving Bulgarian and Russian flags. They were heard chanting, “NATO Out.”
Similar protests took place in Rome and Piza, Italy, where activists of a major Italian trade union, USB, opposed sending weapons to Ukraine and called on the government to ditch NATO.
https://sputniknews.com/20220319/pentagon-chief-met-by-anti-nato-rally-in-bulgaria-with-activists-protesting-military-aid-for-1094018542.html