The Indian viewpoint supporting Putin is very well explained.  40 countries support Putin or at least abstain from UN resolutions, which most people have no idea about.  India and China for example – which are half the world’s population.  The war is between The New World Order and humanity – and Russia protecting Donbass from invasion is the human side.

Here he is pictured in his earlier discussion on The Ghosts Of Jeju.  (won’t copy securely .  In other words censored.  The propagandists of the media don’t want Regis getting known.  he’s too good.)

The Ghosts of Jeju – award winning documentary film on the massacre in South Korea – Regis Tremblay in an interview with Mark Ulyseas. The film  won the Exposé Award at the  Peace On Earth Film Festival 2014.

What is the historical background to the Ghosts of Jeju? Why did you produce this documentary and what do you hope to achieve with it?

I first learned about Jeju Island in South Korea early in 2012 from my good friend and neighbor, Bruce Gagnon. Bruce had been to Jeju three times to protest against the construction of a naval base in a tiny, 400 year old seaside village that would accommodate the U.S. pivot to Asia. In early August of 2012, Bruce said, “I need to find someone to go to Jeju to support the anti-base protesters.” I immediately replied, “I’ll go and document it.” Less than a month later I was on a plane for South Korea. Financial support came from my local Chapter of the Veterans for Peace, and contributions from family and friends. Without their help, the film would never have been made. I have been a crew of one, researching, writing, filming, editing and promoting this story. From the outset, I intended to document another anti-war, anti-American protest. As a peace activist and member of the Veterans for Peace, I thought a short film about the U.S. military advances in East Asia might open some eyes in America.

After nearly one month in Gangjeong Village, where the base is being constructed against the will of 98 percent of the villagers, it became clear to me that what was happening in Gangjeong Village was not only a violation of human rights, but the desecration of a delicate ecosystem and several UNESCO World Heritage sites. It is impossible not to identify with these villagers who are mostly farmers and fishermen, who will lose their homes and their livelihood. I was outraged to watch several hundred Korean National Police remove a dozen nonviolent, peaceful protesters blocking the gates to the base to prevent a convoy of cement trucks from entering. This took place eight to ten times every day.

In spite of such overwhelming odds and the full force of the government of Korea and the courts, the indomitable spirit and resilience of these villagers and their supporters is inspiring. 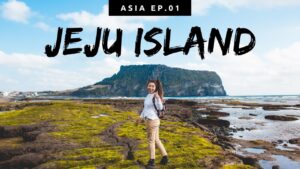