Prime Minister Justin Trudeau’s Emergencies Act order cracking down on protesting truckers appears to be designed to only apply to white people.

“” which Trudeau enacted on Feb 15, prohibits persons from participating “in a public assembly that may reasonably be expected to lead to a breach of the peace” but specifically exempts Indians, refugees, immigrants with temporary residency permits, asylum seekers, protected persons and “any person in a class of persons whose presence in Canada, as determined by the Minister of Citizenship and Immigration or the Minister of Public Safety and Emergency Preparedness, is in the national interest.” 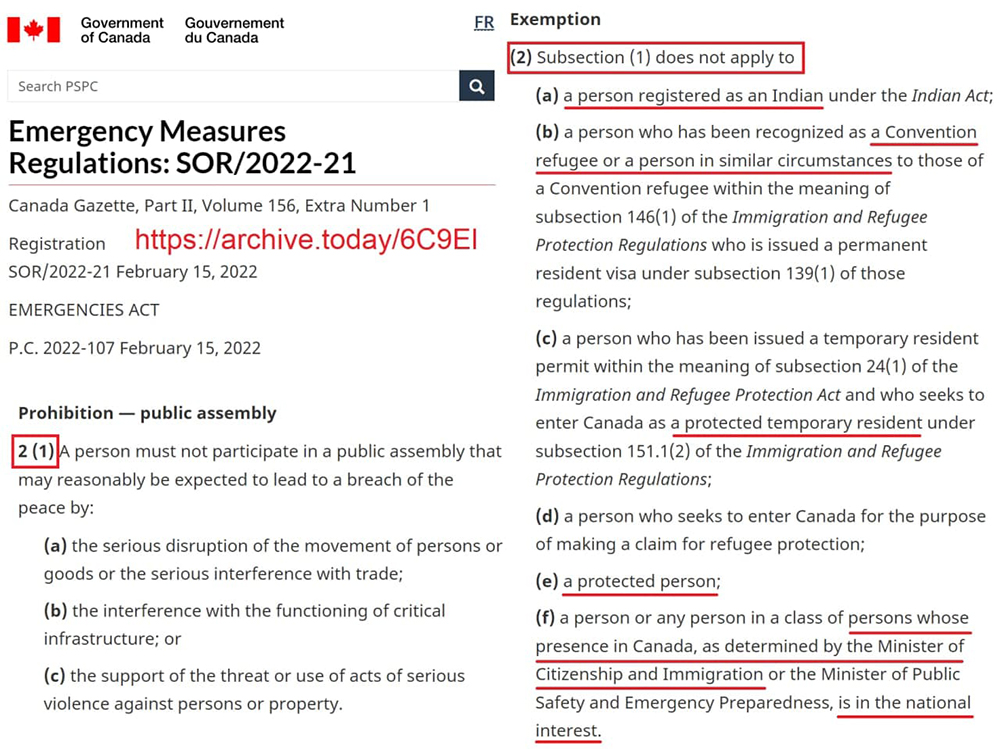 “Why are members of First Nations, refugees and temporary residents exempted from the prohibition to ‘participate in a public assembly that may reasonably be expected to lead to a breach of the peace’ as part of the Emergencies Act regulations?” People’s Party of Canada leader Maxime Bernier asked Thursday on Twitter.

How is any of this legal?