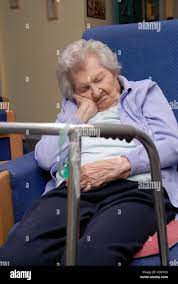 Most people know that thousands of elderly patients in care homes were killed with midazolam during the last two years.

But that’s just the tip of a very large iceberg.

Tens of thousands of elderly people have for years been spending their final years in a drug-induced stupor.

In hospitals and nursing homes everywhere, elderly patients are being subdued and sedated with tranquillisers and sleeping tablets.

It’s much easier to run either type of institution if the inmates spend most of their time sleeping.

Politicians have made things considerably worse by giving nurses legal authority to give old people drugs without their permission or authorisation.

The result of this is that hundreds of thousands of elderly people spend their final years unaware of what is going on around them; forcibly drugged into State-approved senselessness.

Makes you ashamed to be human doesn’t it?

A friend of mine who is a doctor tells me that every time he visits his mother (who now resides in an expensive nursing home) he finds her asleep.

Each time he visits he demands to see the drug records and discovers yet again that his mother has been drugged.

He insists that the medication be withdrawn.

For a few days his mother becomes alert and awake.

Then, when they get fed up with nursing her, the staff start dishing out the pills again.

That’s the way the elderly are treated these days.

Taken from Coleman’s Laws by Vernon Coleman, which is available as an eBook and a paperback.