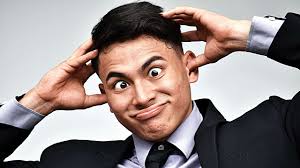 It is quite clear now that the majority of people lack the capacity for original thought, are too lazy to think for themselves and are frightened to `think outside the box’.

If you find that triple example of tautology annoying then that’s fine: because the premise is a crucial one. And repetition, as Gertrude Stein would doubtless agree, is essential if you wish to make a point.

Most citizens are now led by knee jerk reflexes – responding to what they see and hear on television. They believe nonsense such as `climate change is scary’, `covid is dangerous’ and `vaccines are good’ because they see and hear these thoughts repeated all day long; devised by the conspirators and spread by the collaborators.

But, why are people so ready to believe what they hear and to accept it unquestioningly?

The modern education system (both in school and university) discourages (actually suppresses) original thought and debate.

Teachers today seem unaware that it takes more effort to reject an idea than to accept it. Acceptance is something we do without thinking but rejecting something which we are told requires effort.

However, instead of encouraging students to question what they are told, teachers simply instruct their students to accept the `official’ view.

Descartes believed that after preliminarily accepting an idea we then think about it and decide whether to reject it or not.

But, a good few years later, Baron Spinoza suggested that when we accept an idea we think we understand it and so we no longer question it.

As usual Descartes was wrong. And in this, at least, Spinoza was right.

The problem today is that people are prone to accept the things they see or hear – on television or the radio or the classroom.

It is formal teaching which pushes students into blindly, unquestioningly, uncritically accepting whatever they’re told in later life. (There goes that tautology again.)

The mainstream media exists to flood us with information which reinforces existing beliefs. And the journalists, commentators and conspirators know that rejecting existing beliefs requires energy and effort.

We are all overwhelmed with information but teachers have not taught students how to deal with that overload. Most students remain unquestioning because it is easy and convenient. And, particularly now that much grading is done by teachers who have the power to assess their own students, it is the simple route to better grades.

And so the unthinking masses accept these frauds.

And the result is that only the intelligent and free-thinking are now questioning the covid fraud and the climate change fraud.

Teachers and lecturers must take a big chunk of the blame for failing to teach their students how to think.

Our educational system, like our health care system, is unfit for purpose.

`Balancing the Books’ by Vernon Coleman is a savage, black comedy about a woman whose husband was an author. The author kills himself after his books are destroyed by a series of malicious one star reviews. The freshly bereaved widow then becomes a ruthless serial killer – finding clever new ways to kill each of the reviewers who destroyed her husband’s life. If you like your humour without milk or sugar then you’ll love this book.