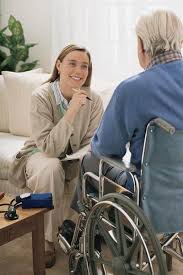 Two social workers/bureaucrats/inquisitors were questioning a frail old lady in a hospital bed. The woman was clearly confused and demented. The two inquisitors had been sent to question her to assess her fitness to be sent back home. I happened to be in the hospital visiting a friend. I listened to their questioning and wrote down their questions and the answers immediately afterwards.

‘You have a son don’t you?’ said the first inquisitor, the one holding the clipboard.

‘What does he do for a living?’

The old lady thought for a while. ‘Teacher,’ she said.

The inquisitor nodded patronisingly. ‘Splendid,’ she said. Without making any attempt to find out whether or not the answer was correct, she wrote something on the form she was filling in.

The inquisitor then asked the old lady what her husband had done for a living before he retired.

‘He was a teacher,’ she said after much prompting.

‘Do you have a fridge at home?’ asked the inquisitor.

‘A fridge,’ repeated the inquisitor rather impatiently.

‘I’m sure you have,’ said the inquisitor. She turned to her companion. ‘She’ll have a fridge won’t she?’

‘Oh I expect so,’ nodded the companion, though the old lady clearly didn’t know what a fridge was, let alone whether or not she had one.

‘We will put you down as having one,’ the inquisitor said, as though doing her a favour. ‘It’s good for keeping frozen food.’

The inquisitor with the clipboard ticked a box. The two inquisitors then signed the form and stood up.

They had officially declared that the old lady was neither confused nor demented.

‘Why didn’t you just chuck her out of the window?’ I thought. It would be quicker for everyone and just as kindly.

Twenty minutes after the inquisitors had left the woman’s son arrived. When he had found a vase for the flowers he had brought he sat down by his mother’s bedside.

I went over to him, apologised for interrupting and asked if I might have a moment of his time.

He stood up and walked with me into the dayroom. I told him about the visit I’d witnessed.

‘They want to send my mum home,’ said the man. ‘She’s 82 and lives alone in a terraced house. They said they’d assess her to see if she’s capable of looking after herself.’

He laughed. ‘A teacher? Me?’ He laughed again. ‘Who told you that?’

‘Your mother told the inquisitors that you’re a teacher.’

‘She gets confused,’ said the man. ‘Most of the time she doesn’t even know who I am. I’m a car mechanic.’

‘Is your father a teacher?’

He shook his head sadly. There was a tear in the corner of one eye. ‘They were married for nearly 60 years,’ he told me. ‘He was a taxi driver. He died eighteen months ago.’

‘They’re going to send your mother home,’ I told him quietly. ‘They think she’s capable of looking after herself.’

‘She’s doubly incontinent, she’s diabetic and she doesn’t recognise anyone,’ said the man, quietly desperate. ‘My wife and I live in a one bedroom flat. We can’t look after her. They can’t send her home.’

Coleman’s Laws is available as a paperback and an eBook.

One Response to “How Social workers operate”