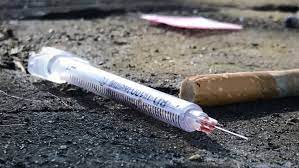 The Government and the mainstream media keep lying but the truth is that the covid jab rollout has been a failure.

Despite the biggest and most expensive propaganda effort in world history, the attempt to force the covid jab onto the public has failed miserably.

In the UK, for example, there are still well over 20 million people who have yet to receive a single jab (that’s just under a third of the population).

Attempts to suggest that the unvaxxed are a tiny minority will fail once the truth is widely known.

And vax passports cannot possibly succeed with a third of the country unvaxxed.

If the Government claims that the double jabbed aren’t `fully vaxxed’ (and must, therefore, be counted as un-vaxxed) then the un-vaxxed will become a majority!

`Balancing the Books’ by Vernon Coleman is a savage, black comedy about a woman whose husband was an author. The author kills himself after his books are destroyed by a series of malicious one star reviews. The freshly bereaved widow then becomes a ruthless serial killer – finding clever new ways to kill each of the reviewers who destroyed her husband’s life.

16 Responses to “Covid Jabbing Scheme a Disaster in UK”