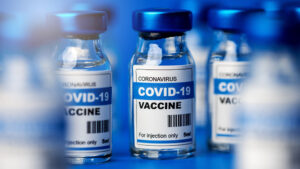 It wasn’t that long ago when Big Tobacco bribed thousands of doctors and ran full-page ads in the Journal of the American Medical Association (JAMA), claiming, “More doctors smoke Camels than any other cigarette!”

For decades, the medical and scientific establishment in the United States was ruled by Big Tobacco. Doctors were taught that smoking cigarettes was good for oral health and could improve cognitive performance. This was considered “the science” of the time, and anyone who disagreed with “the science” was smeared, attacked and found blacklisted from the industry (just like today).

Those who declared that smoking was good for your health were said to be the medical and science leaders of the time. “The science is settled,” the world was told by Big Tobacco-sponsored medical journals, medical training events and science magazines.

The following full-page ad that ran in JAMA declared that cigarettes were good for your “T-Zone – (T for Throat, T for Taste).” It declared, “The doctors’ choice is America’s choice!” 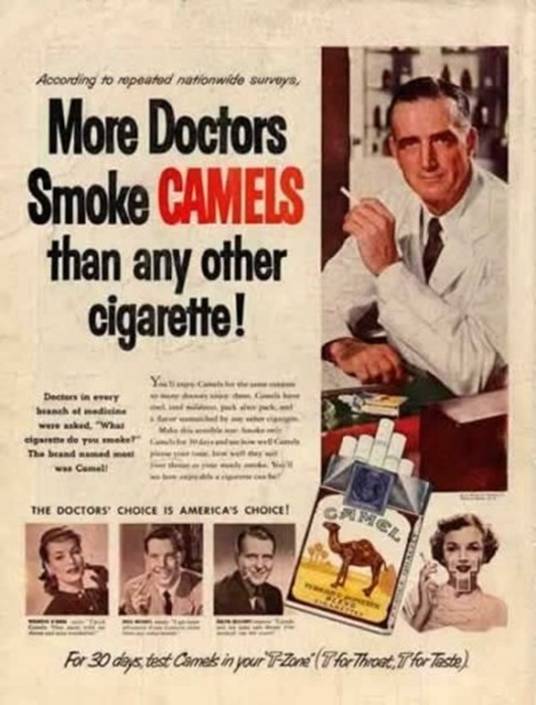 Full-page ads declared that the science on smoking was settled. “No adverse effects on the nose, throat and sinuses” were recorded in smokers even after ten years of regular smoking, declared this ad for Chesterfield cigarettes: 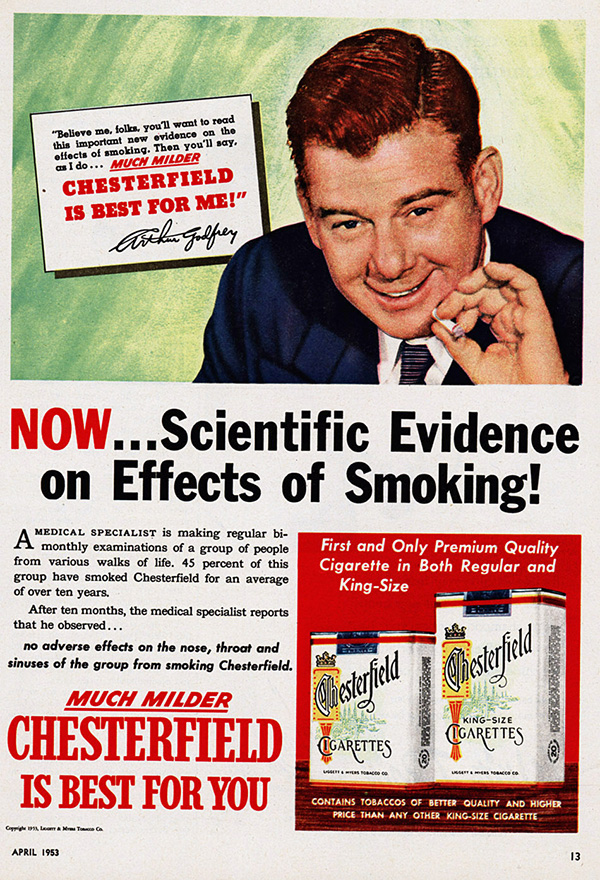 And this tobacco ad from “Tipalet” cigarettes promised that if you blow smoke in the face of a sexy woman, she’ll follow you anywhere: 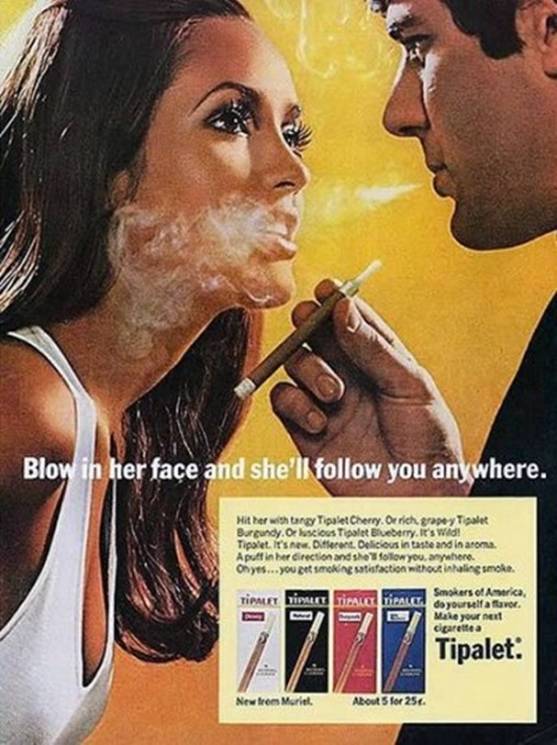 Big Tobacco profited from killing people with a toxic, deadly product that promoted heart disease, lung cancer and vascular disorders. For decades, they infiltrated the “science” industry and dominated medical journals and media coverage. Cigarette manufacturers advertised in magazines, on television and at sporting events. They paid Hollywood script writers to place cigarettes in movies and make them look “cool.”

But they got caught faking the science. Tens of millions died from smoking, and when the real medical science became clear, Big Tobacco was largely dismantled by Attorneys General and prosecutors who took the industry to task for its deadly products and “science” scams.

Big Pharma is much like Big Tobacco but far more deadly and dangerous. Covid vaccines are destroying hearts and vascular health at a pace that even cigarette smoking could never match. mRNA injections force the body to manufacture deadly biological weapons inside its own cells and release them into the bloodstream where they cause systemic damage to the vascular system, neurological system, reproductive organs and immune system.

While smoking cigarettes might require years or decades to kill you, a covid vaccine injection can kill you in hours or days.

The truth is coming out with each passing day. The vaccines have already killed millions around the world, and millions more are permanently injured, condemned to a life of suffering. Over the next decade, the covid vaccines that have already been administered around the world will claim the lives of hundreds of millions of victims… if not more.

As the globalist depopulation war on humanity is being beaten back by courageous citizens everywhere, we must now make sure we hold the covid criminals accountable for their vaccine crimes against humanity: Their fraudulent science, media lies, censorship of truth and deliberate effort to mass murder millions of innocent human beings.

The criminal prosecutions will target pharmaceutical companies (and their executives), Big Tech leaders who censored the truth, Big Media propagandists who were paid to push deadly, fraudulent products on the public, and even government regulators at the FDA and CDC who betrayed humanity and “approved” deadly, dangerous vaccines to be unleashed on the public.

In addition to the prison time that will no doubt be dealt to those found guilty of crimes against humanity, the prosecutors will demand financial reparations for those who were injured or killed by these toxic, deadly “vaccines.” And this means the hundreds of billions of dollars in assets currently held by Big Pharma will be subject to confiscation and redistribution, much like with Big Tobacco (but on a much larger scale).

Big Pharma corporations will be financially gutted. Their top executives will have their assets seized as they are sentenced to multi-decade prison sentences. Hospitals that profited from pushing vaccines and withholding ivermectin will be stripped of their profits and condemned to certain bankruptcy. Doctors who pushed deadly vaccines and ventilators while refusing to treat patients with ivermectin will see their medical licenses revoked while facing criminal charges.

This process will take many years to unfold, and it will meet tremendous resistance from Big Pharma in exactly the same way Big Tobacco fought to maintain its control over “the science.” But the real evidence eventually won out. Over the next few years, the truth about the vaccine holocaust will become undeniable. And those responsible for carrying it out will be named and investigated: Journo-terrorists, government regulators, corporate executives, hospital administrators, vaccine-pushing doctors, pharmacists, drug distributors and more. All those who were complicit in the vaccine holocaust against humanity will be named and held to account via legal (criminal) proceedings that span the globe.

There will be a day when all those who were paid by the CDC to pimp vaccine propaganda on their social media accounts will be desperately scrubbing their entire online history. But the internet never forgets. You cannot erase your role in these crimes against humanity. As attorney Thomas Renz told me in a recent interview, “We’re coming for you.” He means the lawyers and prosecutors are coming for the vaccine criminals. And he’s right. They will not escape the prosecutions. Their crimes against humanity will be documented forever. Their names will join the “wall of shame” of those who took part in the vaccine holocaust against humanity, and they will be decried as traitors to the human race for centuries to come.

Today’s Situation Update shares more details on all this. It’s a powerful look at how the covid “plandemic” is now turning a corner as the governments of the world drop covid restrictions and realize they were wrong all along.

Find more information-packaged podcasts each day, along with special reports and emergency updates, at: