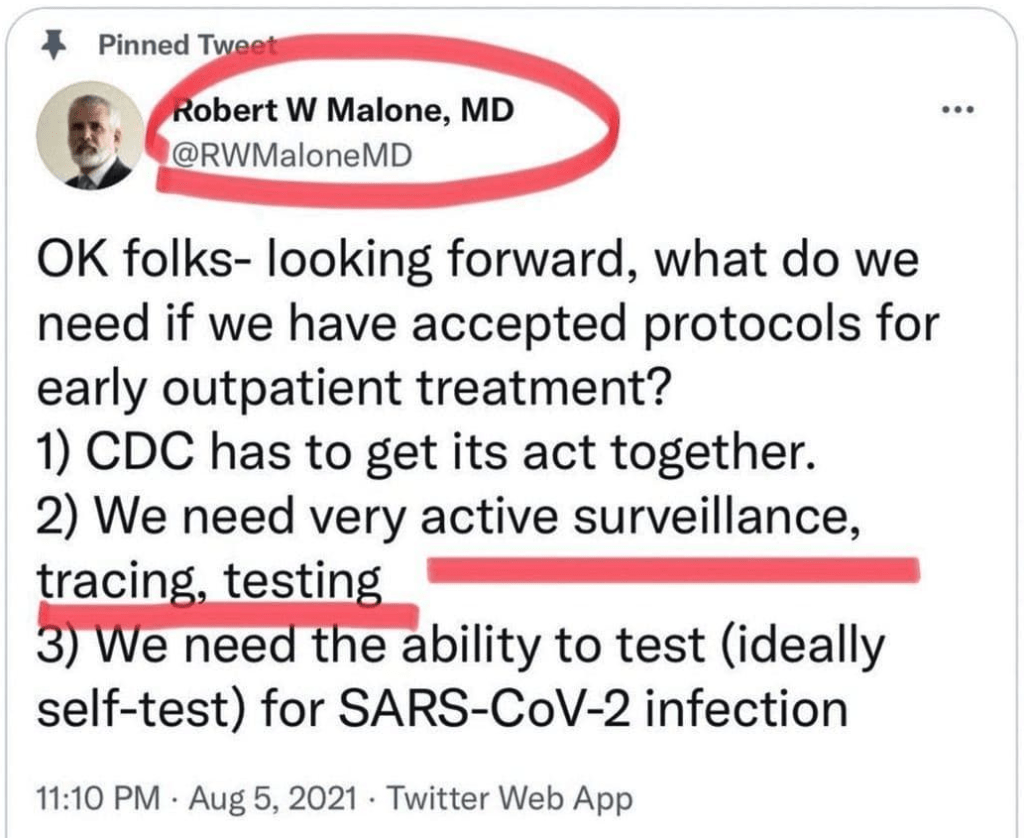 In view of the confirmed info presented in the PDF
posted below, there’s absolutely no question about
Dr. Robert W. Malone being controlled opposition…

…nor is there any doubt that Malone has done a LOT
of great work educating the public about the extremely
dangerous and deadly Covid vaccines.

Hence, the $64,000 question is: “Does Dr. Malone
know that he’s controlled opposition?”

Given the billions of dollars of contracts and grants (see list below) Malone has received from both Big Pharma and the US Government over the last decade, there’s simply no way he could leave the reservation without great consequence.

In point of fact, no one ever leaves the highest echelons of the Medical Mafia and Pharma Family, and then flip to the other side … … … unless they are explicitly permitted to do so.  Capiche?! 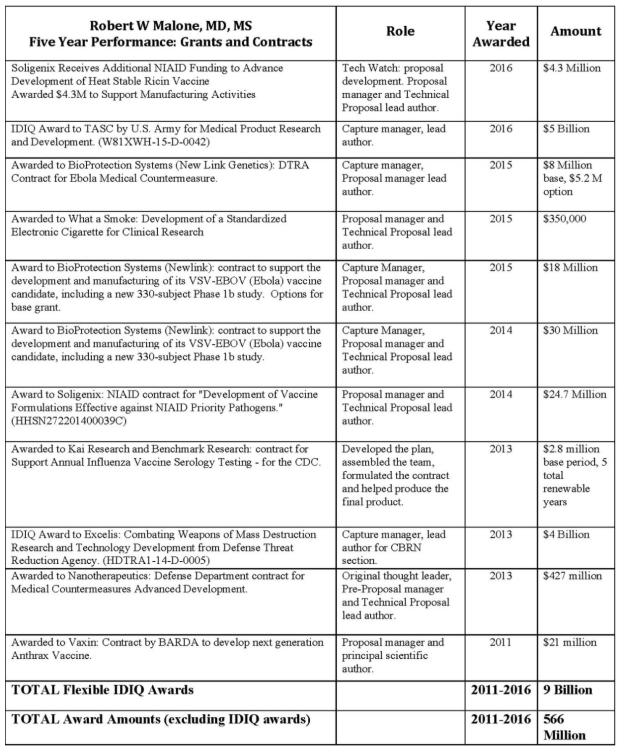 Therefore, what remains to be understood is exactly how his conoppo status is being used within the Covid Vax Truth Movement by his hidden pharma masters.

Remember, Dr. Malone received two Covid ‘vaccines’ himself.  He even often says that he fully believes in the nation’s Super Vaccination Agenda.  That’s right—he still believes in vaccines for the young and old, healthy and ill, rich and poor.

Hence, Malone appears to be a highly credentialed and ostensibly trustworthy Trojan horse who was strategically positioned within the Truth Movement in order to ensure that confidence is not lost by parents in the overwhelming childhood vaccination schedules which are vital to the timely implementation of the New World Order agenda.

Likewise, the avuncular Malone appears to engender faith in the annual adult flu vaccination programs across the country, which are also pivotal to various NWO schemes.

What follows is the extraordinary exposé which authoritatively reveals facts and figures about Dr. Robert W. Malone which simply don’t add up in view of his current public posture.

Really, how was Malone not already pharmacided in light of this bombshell info?!?!?!  Unless he is controlled opposition.

PDF written by Omar Jordan
Submitted to State of the Nation
January 6, 2022