By Refusing Security to Russia, Washington Has Opened the Door to War 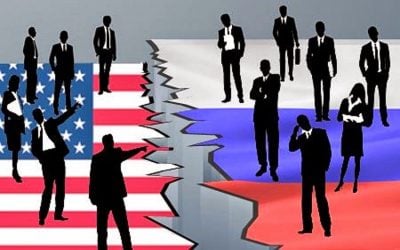 As readers are aware, I regard Washington’s refusal to accommodate Russia’s security concerns as totally irresponsible. By denying security guarantees to Russia, Washington essentially told the Kremlin that the U.S.  intends to locate nuclear missiles on Russia’s borders and to use color revolutions among former Russian provinces to destabilize the Russian Federation. In other words, Washington has shown that the US represents a life-threatening hostility to Russia.

Russia is not going to sit and wait for that to happen. Ukraine most certainly will not be permitted to be a member of NATO. Russia would reincorporate Ukraine into Russia rather than permit that to happen. No US or NATO missile bases will be permitted in Ukraine. If they are there or are put there, they will be destroyed.

The existing US missile bases in Romania and Poland will be destroyed. Russia can achieve this by air or missiles and has no need to invade. It would be pointless for NATO to mobilize as its conventional forces are small compared to Russia and incapable of putting up any kind of fight against Russian armies. Russia could overrun Eastern Europe long before the US could mobilize enough forces to put up a fight.

Stratfor, which provides geopolitical intelligence information to corporate clients says that the four armies in Russia’s Eastern Military District are in the process of being moved to the Western front. I have no opinion about the reliability of Stratfor’s information or any knowledge of who might be behind the organization.

The Stratfor report perhaps is an indication that the Kremlin expected the talks with the West to be unsuccessful and is positioning Russia to roll back NATO as the Russian deputy foreign minister indicated. Unless Russia’s security problems are resolved, he said, there will be dire consequences.

Prior to using force, Russia is likely to position nuclear missiles 200 miles off the Atlantic and Pacific coasts of the US as a constraint on Washington turning a low-key conventional action into nuclear war in order to save face. Washington in its arrogance and stupidity has set itself up for a defeat that it will find difficult to accept, especially as Washington will have brought it on itself.

Putin has expressed his despair many times that Washington cannot accept the sovereignty of other countries and learn to live together in the world. To maintain peace, all Washington needed to do was to demilitarize the NATO members that border Russia and cease adding countries to NATO. Instead, an over confident Washington drowning in hubris made a bad decision.

It is possible that nuclear war will be the result. But it would require more stupid decisions in Washington. It is not Russia’s intent.

Russia’s Deputy Foreign Minister Alexander Grushko told reporters on Wednesday that Russia and NATO failed to find common ground. He summed up Wednesday’s meeting: “By NATO’s decision, all practical cooperation between Russia and the alliance in areas of common interest have been suspended. Today we do not have any unifying positive agenda, none at all.” He said that the West has presented Russia with an “unacceptable threat” that Russia will have to counter.

In other words, neither Washington nor its NATO arm heard the Russians tell them that military bases on Russia’s borders are unacceptable. As the Kremlin has found reason and diplomacy to be useless in dealing with the West, the prospect of building common European security is no longer in the picture. Russia has “no choice but to implement a policy of counter-containment and counter-intimidation.”

Having refused Russia security, the idiot West can expect war.

One Response to “The existing US missile bases in Romania and Poland will be destroyed.”