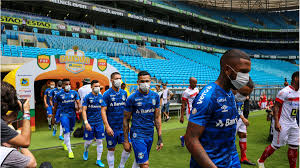 1. Lunatics in Australia are going mad about the fact that world hero Novak Djokovic has been allowed into the land of criminals and sharks without having been jabbed. The many jabbed Australians are apparently peeved because although they’ve risked their lives by allowing idiot doctors to stick an experimental, provably toxic drug in their bodies, Mr Djokovic (being of sound mind) has refused to take part in the scam. The truth, of course, is that the covid figures in Australia suggest that the enthusiasm for jabbing has been as big a failure as it has everywhere else in the world. The bottom line is that the daft locals don’t like Mr Djokovic being allowed into their country without him sacrificing his health, his freedom and his future as they have done. So now they’re going to deport him, and tennis fans will have to manage without the world no 1. Barking. Australia should be ashamed. Worst still, there doesn’t seem to have been a phenomenal amount of support from the other professional tennis players. Why haven’t they all refused to play in the Australian tournament? If they had any balls (other than bouncy yellow ones) that’s what they would do. I seem to remember that last year Mr Djokovic stuck up for all other pro tennis players.

2. At least three top rank footballers now have implantable cardioverter defibrillators fitted into their bodies to try to stop them having more heart attacks. Does no one out there think it odd that super-fit sportsmen now need to have defibrillators fitted because they are so at risk of dropping dead? Does no one remember that before the covid jabs were forced upon the intellectually susceptible it was incredibly rare for a top rank athlete to have a heart attack and drop down on the pitch? (So rare, indeed, that I can’t remember it happening in the last 70 years.) Now, previously superfit athletes are dropping like summer flies in November and we are all supposed to believe this is due to climate change or an abundance of fairies living in the forest.