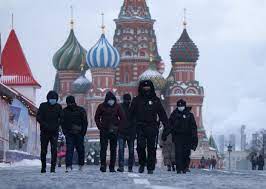 NATO claimed a successful meeting with Russia today, but Russias attitude says otherwise. Wait and see, HOWEVER, there are OMINOUS things going on, I will touch on briefly –

Yesterday flights were ordered to land on the west coast for the first time since 911. No one can figure out why, and an excuse was hatched about a missile test by NK that no one believes. Something happened and mums the word. NEXT, I already mentioned this – Mysteriously an undersea cable was cut between Norway and a satellite uplink facility, and upon inspection it was definitely cut and did not get something like an anchor.

NEXT: I already mentioned that all the cameras were removed from Trafalgar square in Britain. NEXT: Rumor has it that the live stream cameras in DC have also now been shut down, at least in the most critical areas. BOOM: IT IS NOT RUMOR. Obviously they would not want those cameras going during a war.

So when does the fun start? That’s anyone’s guess but it appears to be keenly timed with the collapse of the Covid narrative. The perpetrators of that narrative can spew all they want and gaslight all they want, but the reality is that whoever is not vaxxed won’t be getting vaxxed, and there’s about 40 percent in both America and Britain that are not vaxxed with even one shot.

Britain was a surprise, but the scam was laid bare when there was a conflict of data that showed the number of peope vaxxed by municipality and just adding up the big cities got the number to within striking distance of 40 percent not even having one shot. That might still be on this page if you scroll down a ways. Today the CDC said only 15 percent of Americans have not had one shot but we all know about that British data now. My numbers whenever I get a gold nugget in the form of a clue always points to about 40 percent of America not having even one shot also. So there is an enormous pile of people in America who have not had even one shot, and it consists of the REALLY REALLY wrong people. Literally an errantly and unwittingly carried out eugenics plot.

What it all boils down to is the salt and vinegar said NO, and the sheep said YES. That’s a real problem that needs a solution, like perhaps war with Russia??

4 Responses to “Russia is heating up”