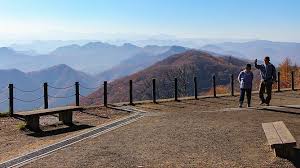 1. The people being jabbed with a toxic, experimental drug are probably the same people who believed Iraq had weapons of mass destruction. Tony Blair was responsible both times.

2. Churches are closing even faster than public houses in England. The Agenda 21 plan is to get rid of individual religions. The Church of England has been a political party for some time. Remember: early in 2021, churches which were closed for services were opened to be used as inoculation centres.

3. `You think that a wall as solid as the earth separates civilisation from barbarism. I tell you the division is a thread, a sheet of glass. A touch here, a push there, and you bring back the reign of Satan.’ – John Buchan in `The Power-House’.

4. `We are not fanatical about things. We are intelligent people who just know that all the other creeds are false and that we alone are right.’ – an official of a Nonconformist assembly quoted in Picture Post, 13.6.53

5. `A woman’s hat means more than most people think. If we could really understand its full significance…we could form a constructive opinion of the philosophy of economics, science and religion of the present age.’ – James Laver, Keeper of Fine Arts, Victoria and Albert Museum, quoted in Picture Post 13.6.53

7. `The highest form of warfare is to attack the enemy’s strategy itself,’ – Sun Tzu.

8. More mines are desperately needed to find the lithium needed to put into the batteries required by electric cars. The mines will, of course, be dug by huge pieces of machinery powered with fossil fuels.

9. `There are more important things than living,’ said Dan Patrick, the lieutenant governor of Texas, early in the pandemic. This appears to have been mocked by the New Yorker magazine which said `in moments of crisis not even the logic of self- preservation can be relied on’, but Patrick’s remark seems to me to be very reasonable. I would rather die than have the toxic, experimental jab, for example. I suspect this is not the official policy of the New Yorker which recently published an article claiming that the mortality rate with covid-19 is 2%! And, of course, the magazine probably also claims that the moon is made of cream cheese.

10. A good deal has been written about female circumcision but very little about male circumcision which is also a pointless and dangerous exercise. There is a notable mortality rate with the procedure which is frequently performed for religious rather than medical reasons.

11. There is now absolutely no doubt that those who accept the covid jab are selfish and are endangering themselves, the un-jabbed, health services and their own nation’s economy.

12. Both petrol and diesel are renewable forms of energy. When I run out of either I go to the garage, fill up the tank with the appropriate fluid and I’m on my way. (This makes as much sense as anything uttered by the climate change cultists.)

13. A new study has shown that antidepressants might be largely ineffective. I first reported that in the 1970s. Progress sometimes seems slow doesn’t it?

15. The UK Government has called for an end to private car ownership in order to meet pollution targets and to satisfy climate change cultists. This is an Agenda 21 policy. `You will own nothing and you will be happy’.

16. ITV news in the UK has given publicity to a man who claims that those who don’t accept the deadly, experimental jab are terrorists who need re-radicalising and punished.

17. The Government in the UK is thinking of introducing capital gains taxes on private homes. This would bring in at least £3 trillion and solve all the Government’s financial problems so don’t imagine it cannot happen.

18. The environmentally sound thing to do with most household rubbish is to burn it on a bonfire. Recycling requires that the rubbish be washed, put into plastic boxes, collected by men in huge diesel glugging lorries, taken to a depot, put on a lorry, taken to a diesel glugging ship, carried to a foreign country and then dumped or burnt. Recycling is neither economically sound nor environmentally logical.

19. The selfish and pointlessly self-righteous members of Insulate Britain cost the British police at least £4.3 million. Why not fine them that much?

20. The Public Health Control of Disease Act 1984 states clearly that the UK Government may not force a person to be vaccinated.

Vernon Coleman’s latest novel (largely written before March 2020, since when he has been busy with other things) is called Dr Bullock’s Annals. It is the story of a young general practitioner in Victorian times.