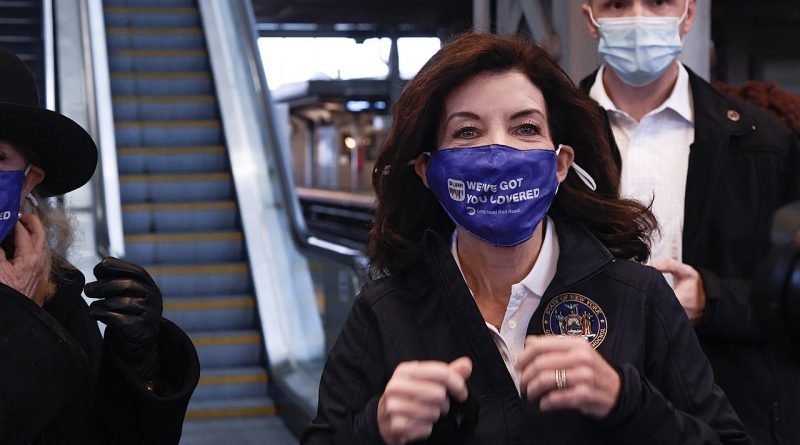 Over the past year or so, cities and counties across the country have declared “racism” to be a public health crisis.

New York City jumped on the bandwagon at the same time they decided to remove a statue of “racist” Thomas Jefferson.

For far too long, communities of color in New York have been held back by systemic racism and inequitable treatment. I am proud to sign legislation that addresses this crisis head-on, addressing racism, expanding equity, and improving access for all.”

White people infected with COVID in New York State – the hardest hit state in the country – are in jeopardy of being turned away from potential lifesaving treatments in favor of other more at-risk races because of a national shortage of two promising types of medical treatments.

In a shocking memo sent out by the state’s Health Department and approved by Gov. Kathy Hochul on Monday, white residents were told not to bother trying to get Pfizer‘s Paxlovid pill or monoclonal antibody treatments.

‘Non-white race or Hispanic/Latino ethnicity should be considered a risk factor as longstanding systemic health and social inequities have contributed to an increased risk of severe illness and death from COVID-19,’  the document reads.

Now I do not encourage anyone to turn to the medical mafia for treatment, but this anti-White system of tiered treatment is very disturbing. This is leading us to a world where White people are left to die because non-Whites have been given priority in order to combat “systemic racism.”

Imagine the outrage that would ensue if jews were denied potentially life-saving treatment because they have a disproportionate amount of wealth and privilege. This would obviously never fly. However, when White people are being told by a whole state government that their lives don’t matter, no one blinks an eye.

This is White genocide and it must be stopped.